The Random Recipes challenge at Belleau Kitchen has teamed up with Alpha Bakes at Caroline Makes and The More Than Occasional Baker  - I hope that means we're not expected to bake, because being  diabetic I don't bake sweet foods and keep savoury bakes to a minimum!

This month the challenge is the letter A, and the task is to pick a cookbook at random then a random recipe from the A section of the index. I decided to stick with the letter A for the author too, and my book turned out to be Allegra McEvedy's "Big Table Busy Kitchen" - a book I only got a few weeks ago and hadn't yet cooked from. And  the random number site gave me the exciting result of number 1,  so I was to cook the very first recipe in the index, Aga Khan's Lamb.


The recipe is to serve 6, so I reduced the quantities for the two of us, which meant replacing the shoulder of lamb with a very small butterflied leg instead, but otherwise stuck precisely to the recipe.

It's a kind of pot-roast, with the joint browned then cooked very slowly in a covered pot on a bed of new potatoes, shallots, butternut squash, dried apricots, cinnamon, cumin and rosemary, with just enough stock to stop it burning. Can you imagine what a wonderful smell we had to live with for the four hours of cooking?

Apart from keeping an eye on the liquid, giving an occasional gentle stir (the squash breaks up very easily) and preparing a salad to go with it, there was nothing to do but sit back and inhale. At the end of the cooking time, this emerged from the oven: 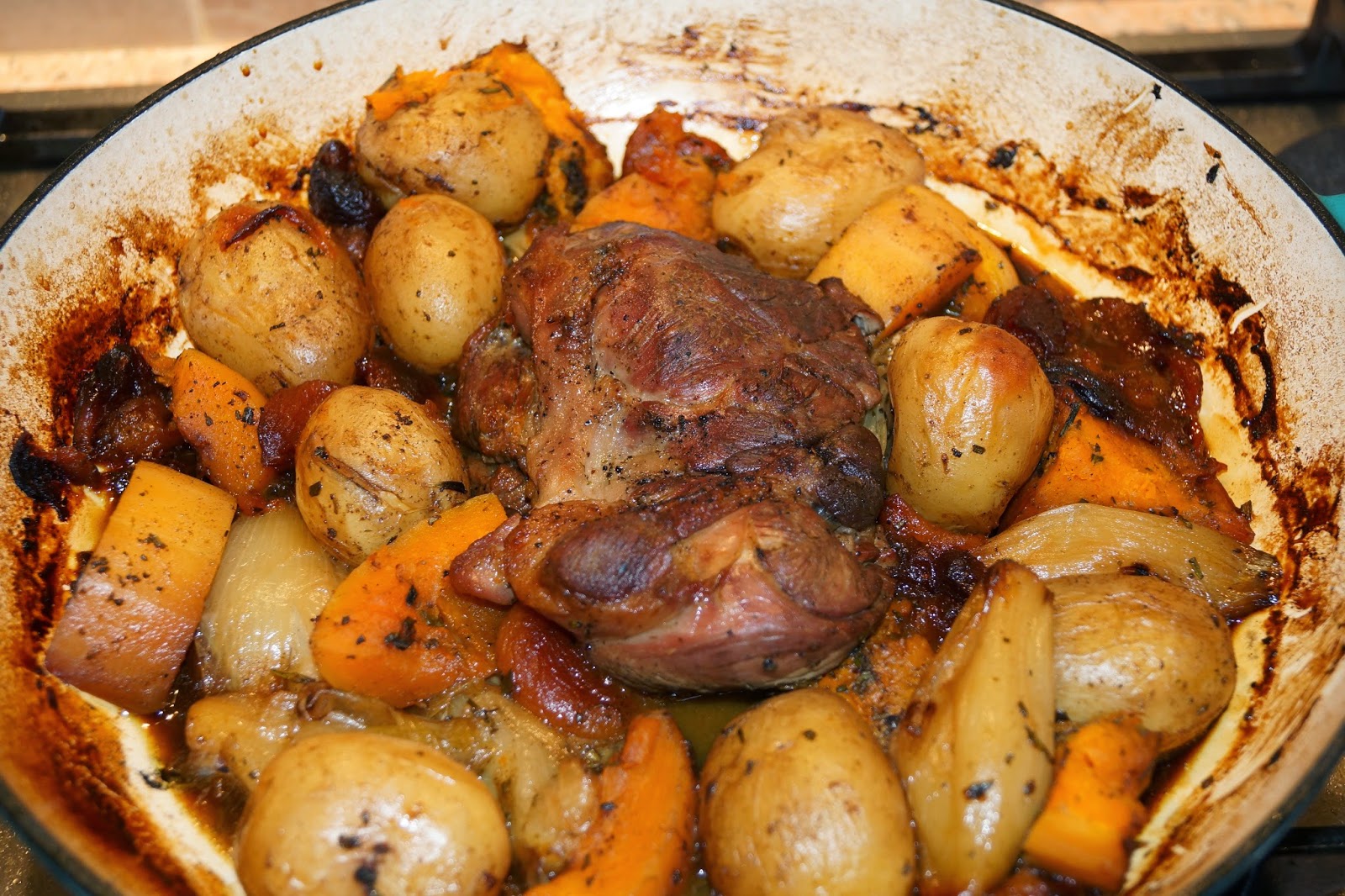 The lamb was so tender it could be broken up with a spoon, the rosemary and spices had infused everything, the apricots and squash were melting mouthfuls of sweet gorgeousness and the pan juices were rich and delicious. It really ought to be illegal for something so wonderful to be so little effort!

If you can rec all my previous random recipe entries, you might have noticed what a high failure rate I have with them. And I've realised why that is. In the past, I've almost always found myself cooking from one of my "old faithful" recipe books, ones that have been with me for many years. And when opening the book at "random" I've tried hard not to let it fall open automatically at one of the grease-spattered, spine-broken pages that I turn to time and time again. But if I've had a book for years and still not cooked some of the recipes from it, it's probably a sign that I've looked at them and decided they don't look as if we would like them, or don't look as if they would work. This month I cooked from an untouched, virgin book - and look what a difference it made! 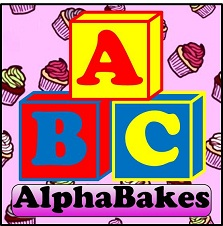 well there you go... a lesson learnt for the future... and I must say, this looks superb. The kind of perfect meal I would love to tuck into. Not sure I can imagine the Aga Khan tucking into this but I know I would!... fab entry, thank you so much x

Ooh this looks lovely, I may have to have a go with the slow cooker :)

You were very brave choosing a recipe as well as a cookery book at random but it looks like it turned out really well! Thanks for entering the Alphabakes Random Recipes challenge.

This looks amazing! I love Allegra McEvedy and am very excited to hear she has a new book out. Must look it up!

This looks gorgeous, I shall have to try it with the slow cooker

Hello,
I would love to make this lamb dish. Where is the recipe? I am unable to find it.
Thank you

It's in the allegra Macaveady book which I quoted above. As with all recipes in books, it would be illegal for me to give it here. The only way to get the recipe is to get hold of the book