The current Butterfly Challenge is The Ugly Bug Ball . Now I have had this stamp, which I thought was a ladybird, for some years, It was part of a grab bag of unmounted red rubber, but I've never got round to using it. So I had a surprise when I stamped it - is it a ladybird? Or is it a snail? Or some sort of strange hybrid?

I'd already prepared my background using some slightly sparkly ladybird paper, so I decided that today it, or rather SHE, is going to be a ladybird, sitting wishing to be invited to dance. I picked up the wrong shade of pink pen and realised it too late Just look how I've made her blush! 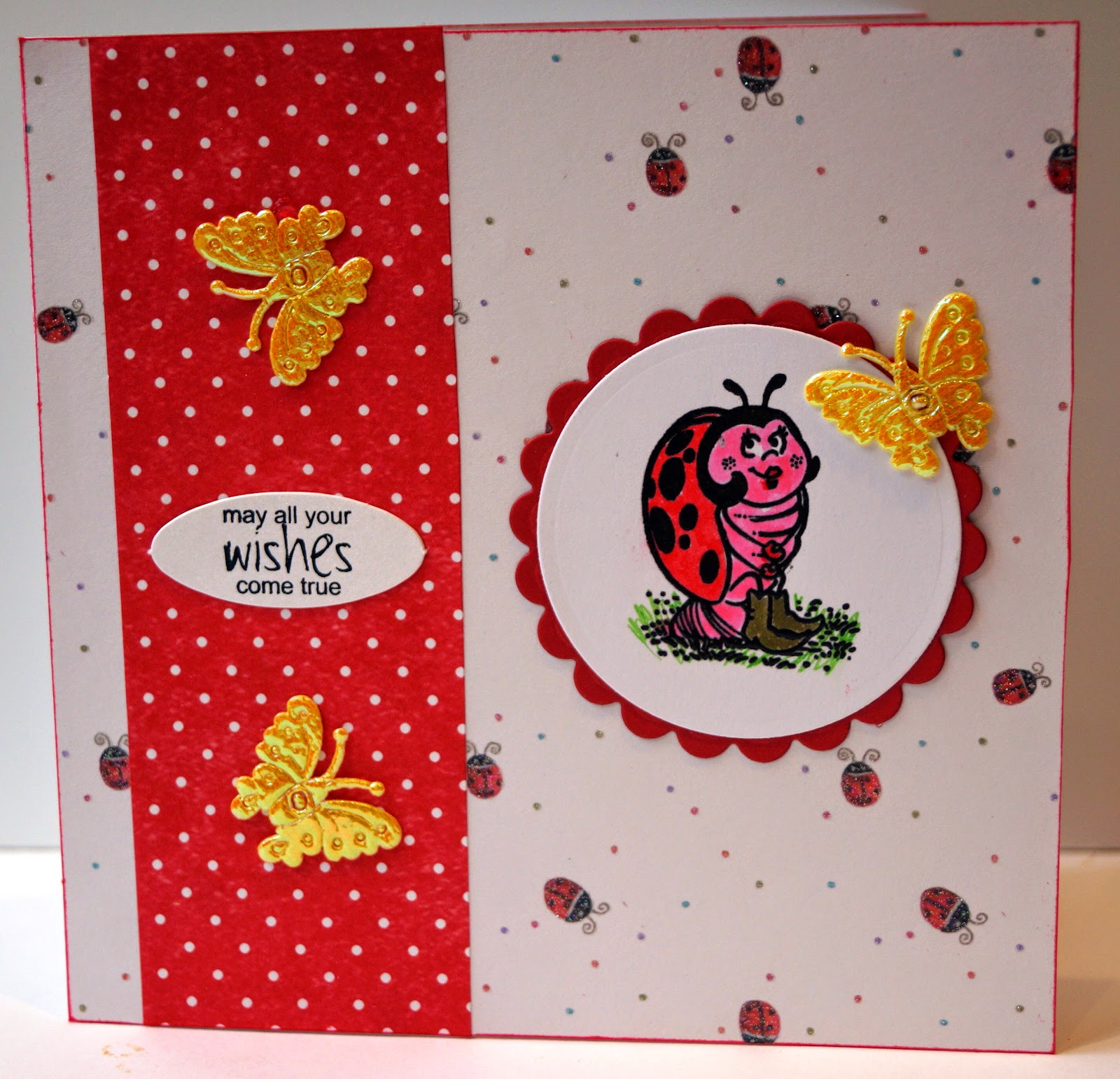 Your ladybird bug is gorgeous. All the other bugs will be queuing up or a dance with her. No wonder she is blushing. Great card! Thankyou for coming to The Ball. Hugs Mrs A. Butterfly Challenge .