I said I wasn't going to make any more Christmas cards, didn't I? But then I remembered that I'd not made my card for this month's Unstampabelles challenge, which is Summer Fun, with the twist of making it a Southern Hemisphere Christmas Card.

I've spent days searching through my papers, toppers and CDs looking for something that brought to mind both Summer and Christmas, but couldn't find a single thing. So I turned to Google and did a search for "Free printable Australian Christmas Images". There were very few results, and a lot of them weren't relevant (how the heck did Google think I was going to be pleased with a photo of the Golden Gate Bridge?) but eventually I found this Aussie Santa, complete with corks on his hat, and a sleigh pulled by kangaroos. The resolution of the image is rather low, hence it's pixelated in places, and I'm not sure why the designer chose that rather odd shade of mauve for Santa's skin, but hey, it's an image and it was free, so who am I to complain?

The paper, border and hibiscus topper came from the pull-out section of an old issue of "Making Cards" magazine, and the greeting was a magazine freebie a couple of Christmases ago.

I presume in Australia instead of sherry and mince pies for Santa, people leave sausages and beer? Maybe that explains why he's the colour he is! 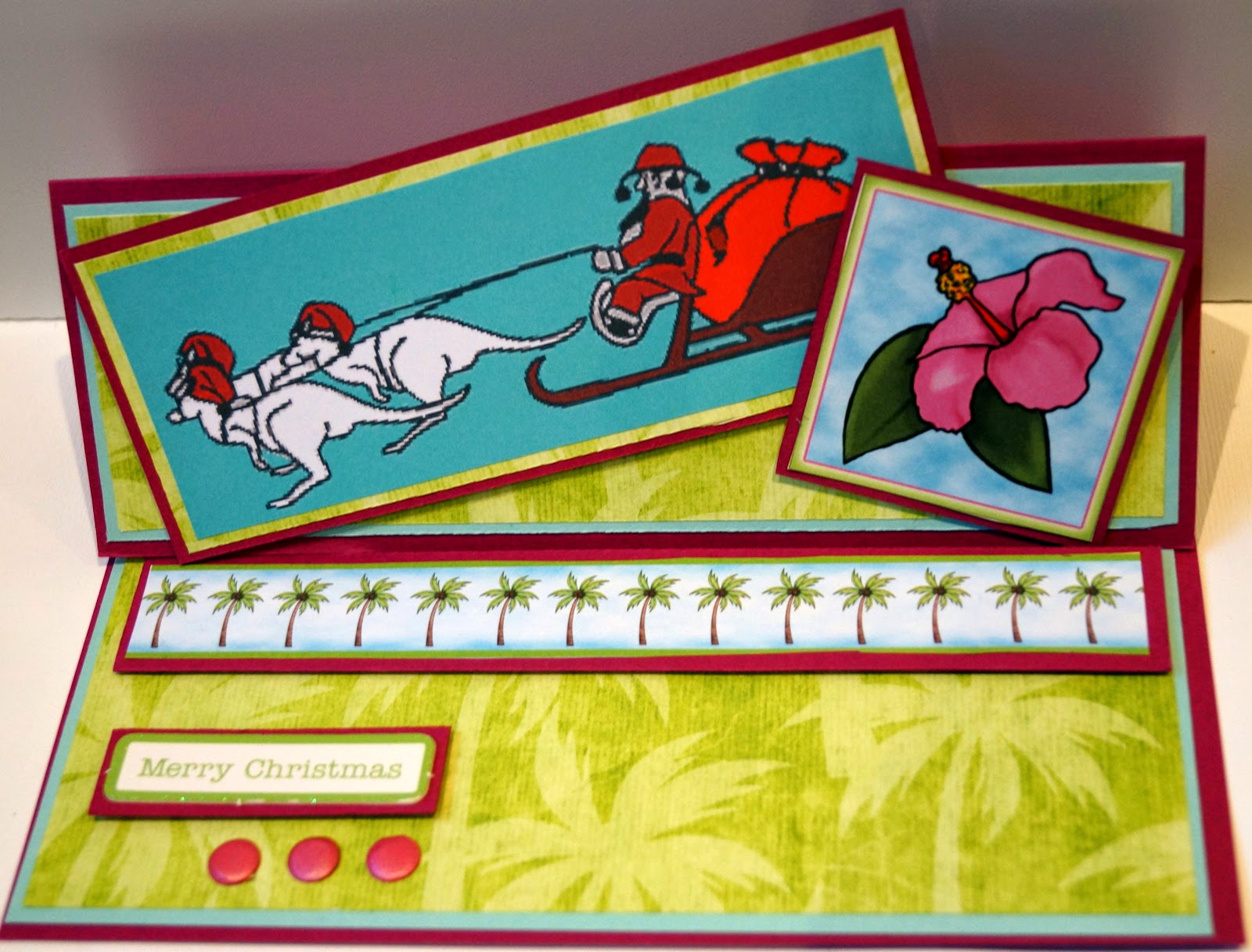 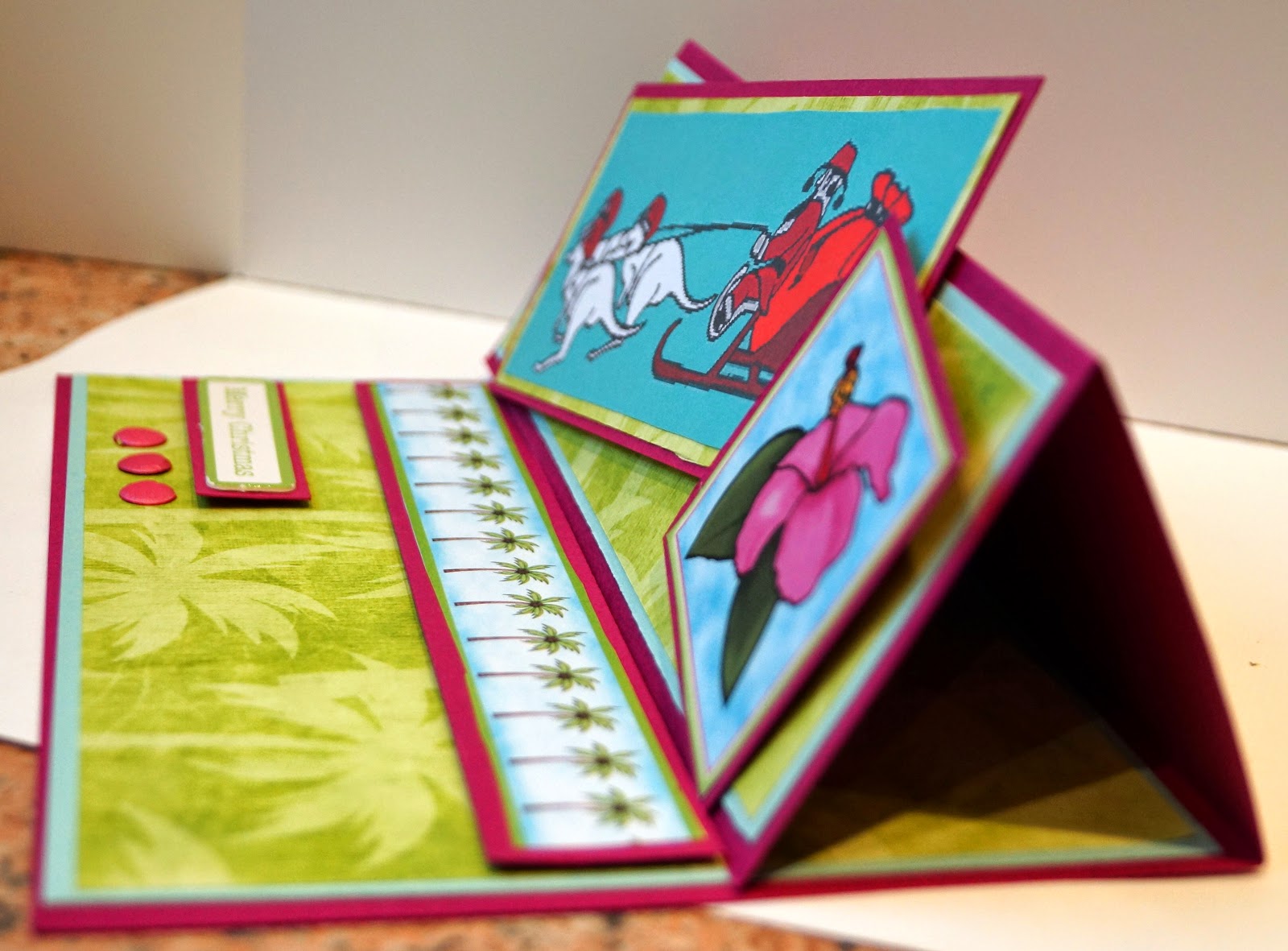 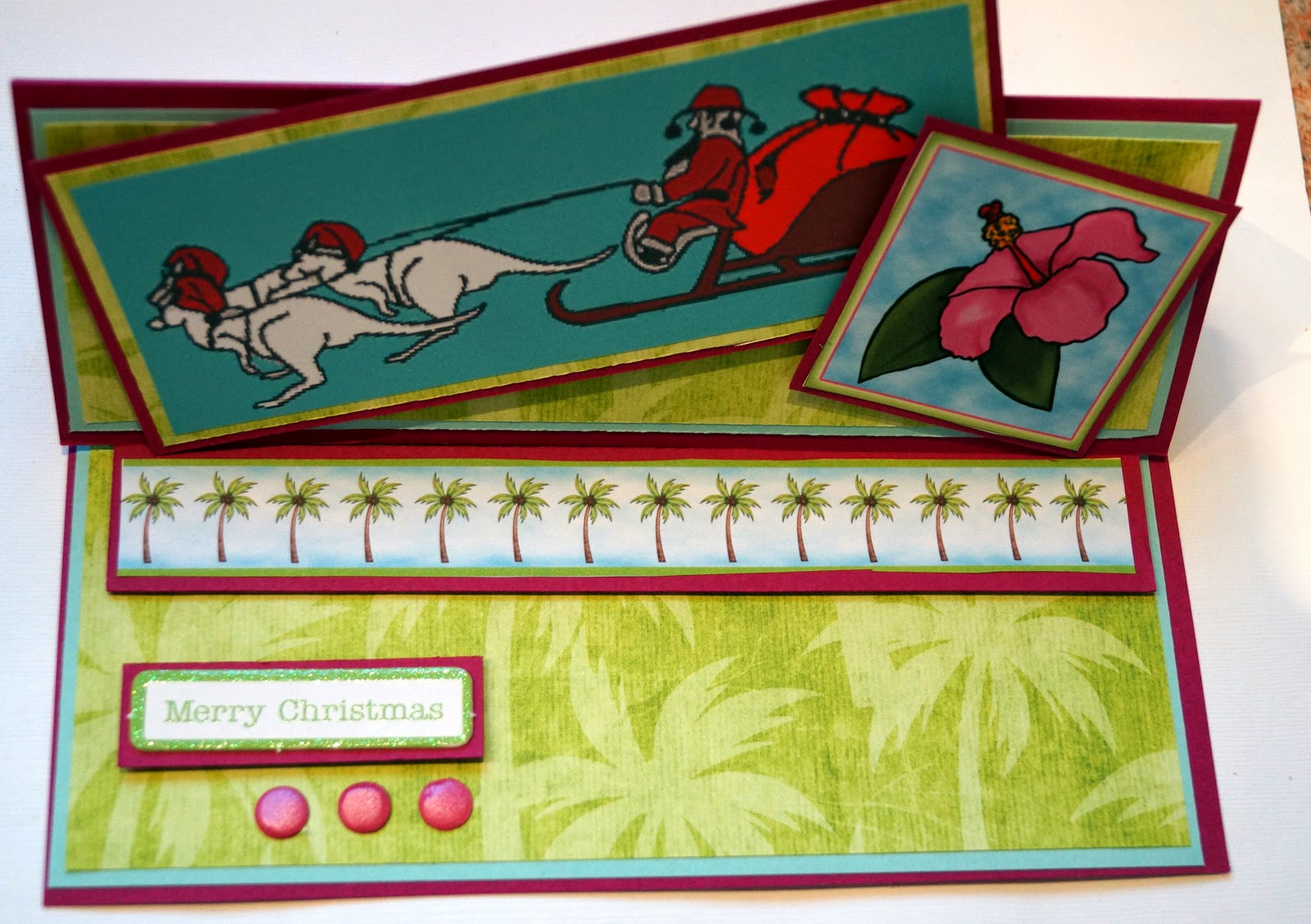 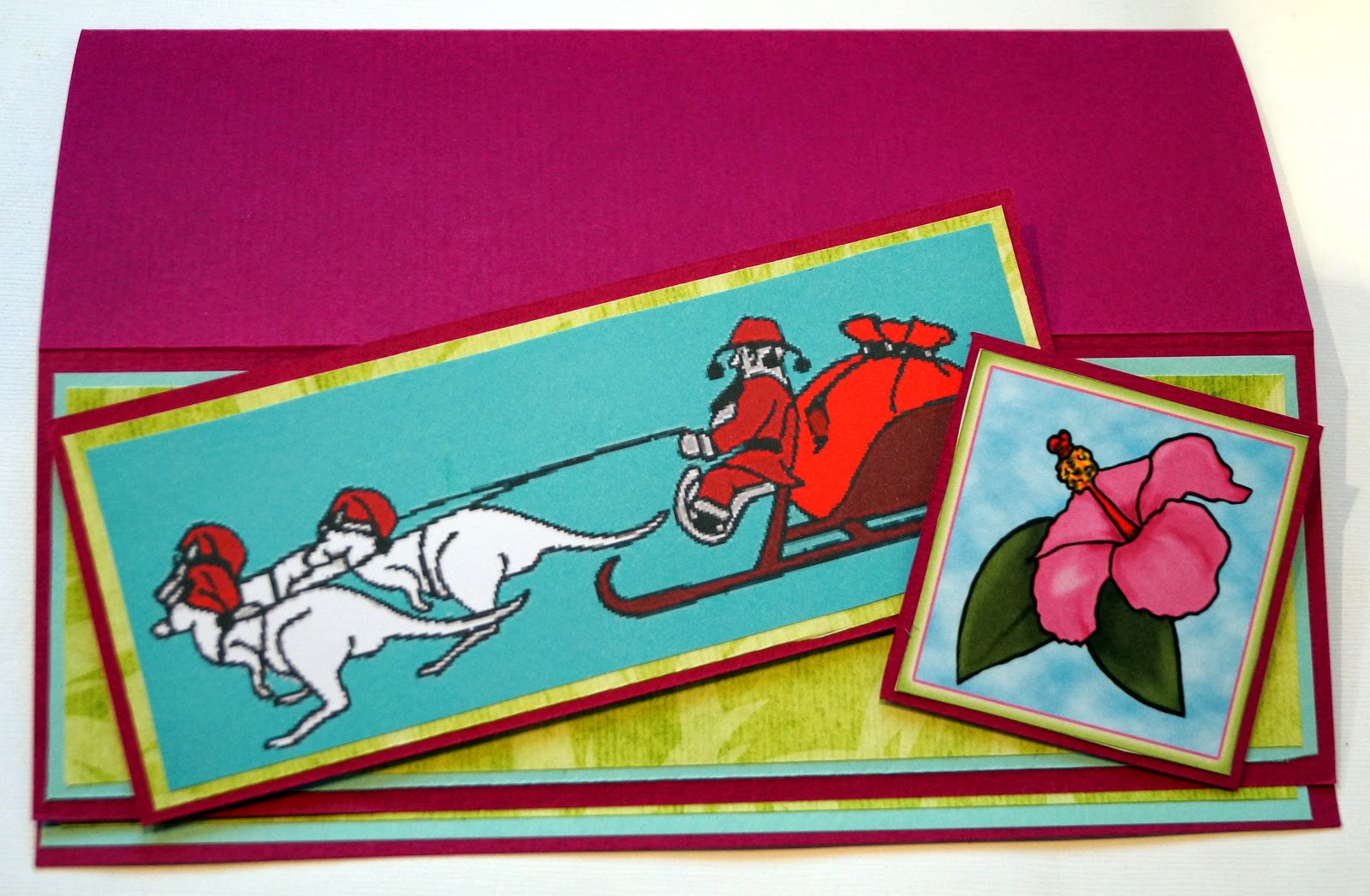 What a great card Jane. I'm glad you persevered with seeking out an image. This one is perfect and such fun. Thank you for sharing your wonderful creation with us at Unstampabelles. Wynn DT

Surely this is a site well worth seeing.

Certainly a great Aussie card. Thank you for playing along with us on Unstampabelles.

Not sure if we all leave out Sausages but definitely Beer! AND a carrot for the kangadeer! Love your card - you did good!! Please come back again!

What a fabulous card! I just love it! Thank you for joining us at UnstampaBelles! Best, CG