Being a greedy sort of family, we generally have TWO feast meals over Christmas. On Christmas Day, it is the traditional roast turkey with all the trimmings. On Boxing Day, we have a huge baked ham with new potatoes, roast parsnips, something fresh and green that we didn't have on Christmas Day (probably broccoli, it depends what's available), parsley sauce AND Cumberland Sauce. And we follow it with the mince pies and brandy butter that we didn't have room for  the day before.

Cumberland  Sauce, if you haven't come across it before, can be made quite simply by heating together roughly equal quantities of port, redcurrant jelly and orange juice together until the redcurrant jelly melts and dissolves into the liquid, then cooling to room temperature.

As for the gammon, we always have it with a richly caramelised brown sugar and mustard crust. 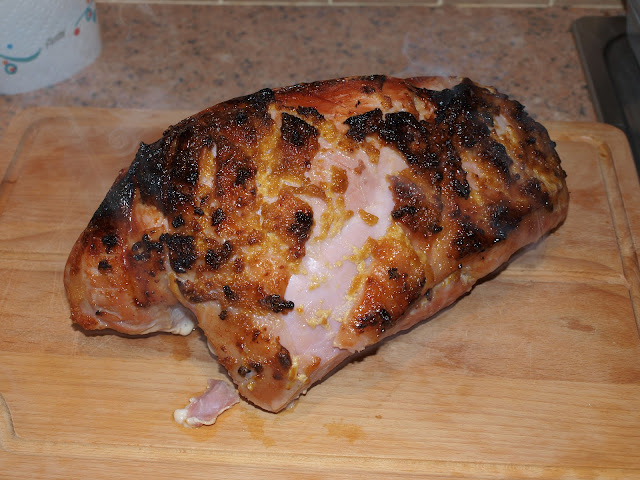 To make the coating, boil or roast the ham in your preferred way and then just before it is fully cooked, remove it from the oven and strip off the skin and most of the fat, then score the remaining fat into diamonds. Stick a clove into the centre of each diamond and then spread a thick layer of Dijon mustard over the whole surface and press as much Demerara sugar as will stick on to it all over the surface.
Then put the ham in a foil lined baking tray (if you don't use the foil, you'll end up throwing the baking tray away!) and put into a fiercely hot oven for around 30 minutes until you have a nice glossy caramelised surface. Stand and serve in your usual preferred way. 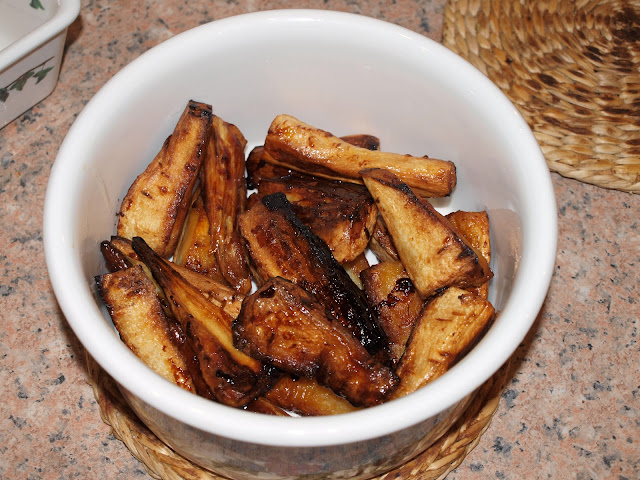 Here are the parsnips we had last year - home grown ones!

And then mince pies to follow (sorry about the tiny photo, Blogger is stubbornly refusing to allow me to resize it. I'll try again in a day or two when hopefully it isn't being such a sulky Blogger) 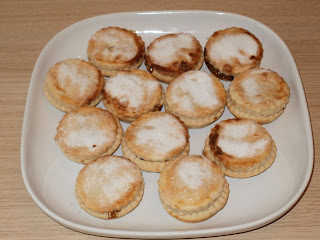 I'm joining in with Food Friday at Carole's Chatter
Posted by Jane Willis at 08:48

thanks for linking this in Jane. Have a good one