No, not those "waffley versatile" orange rectangles that live in the freezer,  these are home made potato waffles from real potato.

A few weeks ago I was lucky enough to win an electric waffle maker and I've been trying to think of ways to make it earn its keep. We don't eat many sweet foods so savoury ones seem to be the way to go. And today there was some leftover potato-and-celeriac mash in  the fridge so I decided to see if I could make potato waffles.

The mash could equally well be all potato, but  I think all celeriac might make too runny a mixture. The  flavour of the potato and celeriac blend worked very well for us.

To make them you will need:

about 500g left over mashed potato or potato and celeriac
1 medium egg, beaten
40 g self raising flour
If the mash wasn't made with butter and seasoning, 25 g softened butter and some salt and pepper

Spray the waffle maker plates with release agent and set it to heat up while making the potato mixture.

Beat the potato with egg (and butter and seasoning, if used)  until smooth then gently stir in the flour.

Spread half the mixture in the waffle maker, coaxing it out from the middle but not right to the edges- closing the lid will finish the job for you.

Leave to cook for 10 minutes until golden. The waffles will rise and be crispy on the outside and soft in the middle.

If you don't have a waffle maker you could shallow fry spoonfuls a few at a time, but I'm rather taken with the pretty heart design of the waffles. 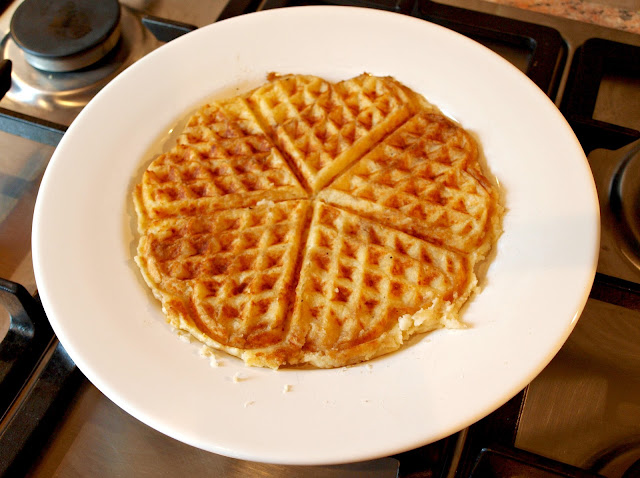 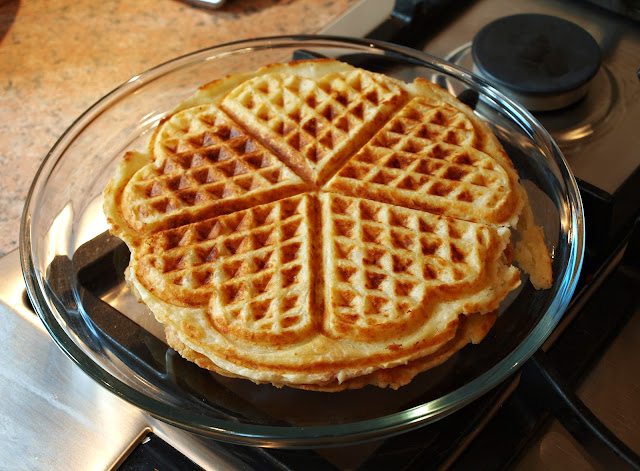 I am submitting this to the No Waste Food Challenge  from Turquoise Lemons which this month is being hosted by Elizabeth's Kitchen with the theme Potatoes. 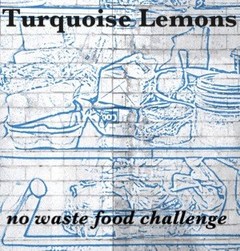 Wow, that looks so good. I would love something like that for breakfast. Thanks for joining us for Breakfast Club.

Yummy! How excellent to win a waffle maker; you're going to have a lot of fun with that! :) Thank you for entering these into the No Waste Food Challenge.