In the run up to Christmas, Giraffe restaurants ran a daily Advent Calendar. Some days there was an offer, some days there was a competition, and some days a food or drink recipe. On one of the days, the recipe was for Cauliflower, Cheese and Leek Crumble with Hazelnut topping. I couldn't find any way of saving or printing the recipe,  and it was in a pop up window and not stored on the site, so I thought I'd have to try to make up my own version of it.

However just after Christmas, their Twitter feed asked for feedback about their Advent promotion, so I replied that I would have liked to be able to save or print the recipes. Within minutes, they had replied, got my email address and emailed me a copy of the recipe. How's that for  using social media to provide great customer service?

Because they own the copyright, I can't give you the detailed recipe here, but I'm sure you'll be able to create your own version using your own choice of veg and cheese. It's one of those meals that can be different every time you eat it. Next time I might use broccoli and mushrooms, stilton cheese and walnuts.

The cheese they used in their recipe was Jack, some of it smoked and some unsmoked, but I had Cheddar in the house so used that.

The vegetable base is made of lightly cooked cauliflower, celery (I substituted celeriac as we prefer it)  and carrots, mixed with leeks which had been braised in a little butter and water, all bound with béchamel sauce that had a little cheese added. They suggested grating the onion into the milk before infusing, then leaving it in when making the sauce, which I think worked very well in this dish.

More sliced cheese is layered on top of the veg, then a crumble topping of wholemeal breadcrumbs, herbs, a little more cheese and coarsely chopped hazelnuts sprinkled over the top. Then it is baked to heat through and crisp up the topping.

The original recipe was to serve 4. I halved the quantities but even though we're greedy and eat huge quantities of veg, we could only manage about half of it - the portions were MASSIVE! 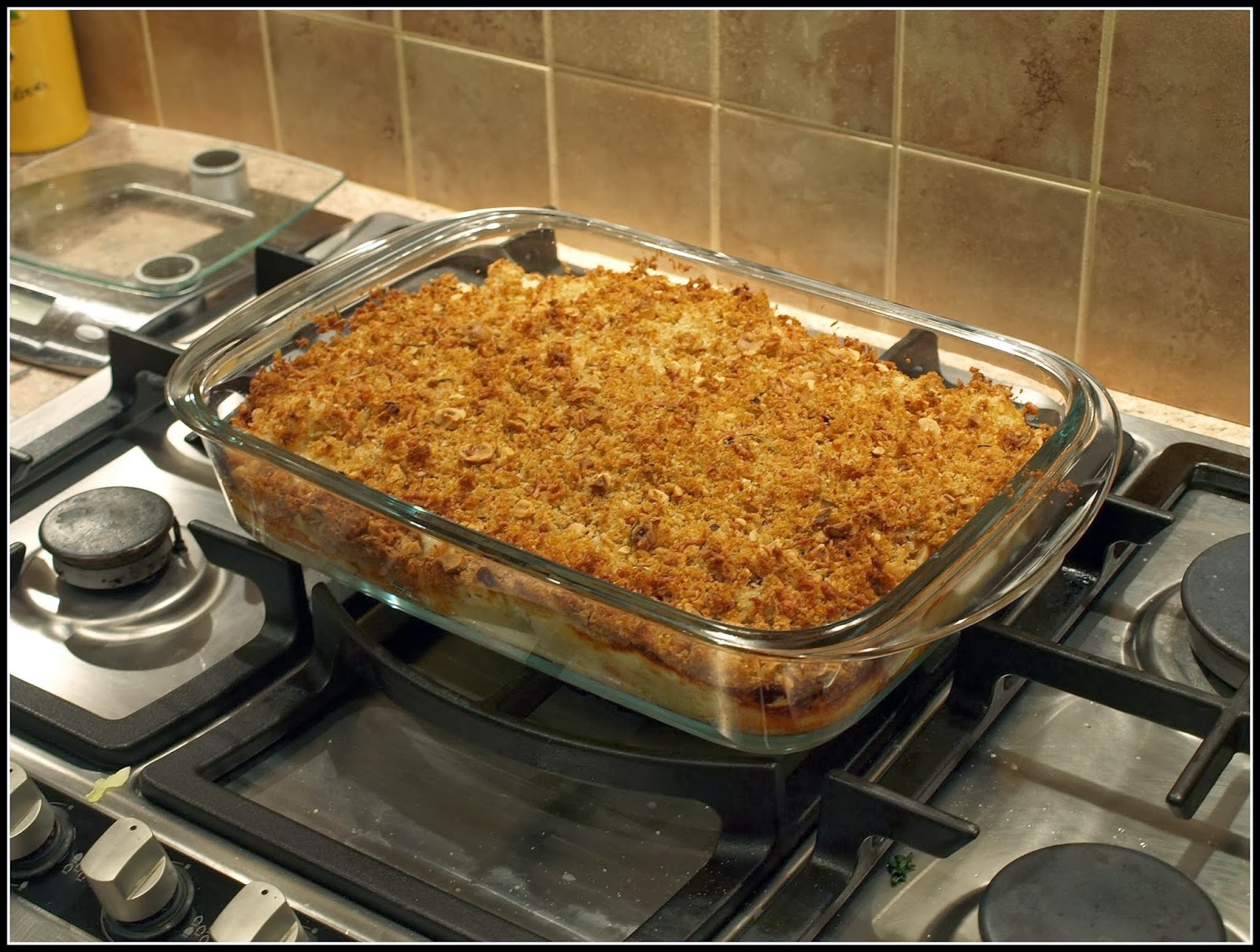 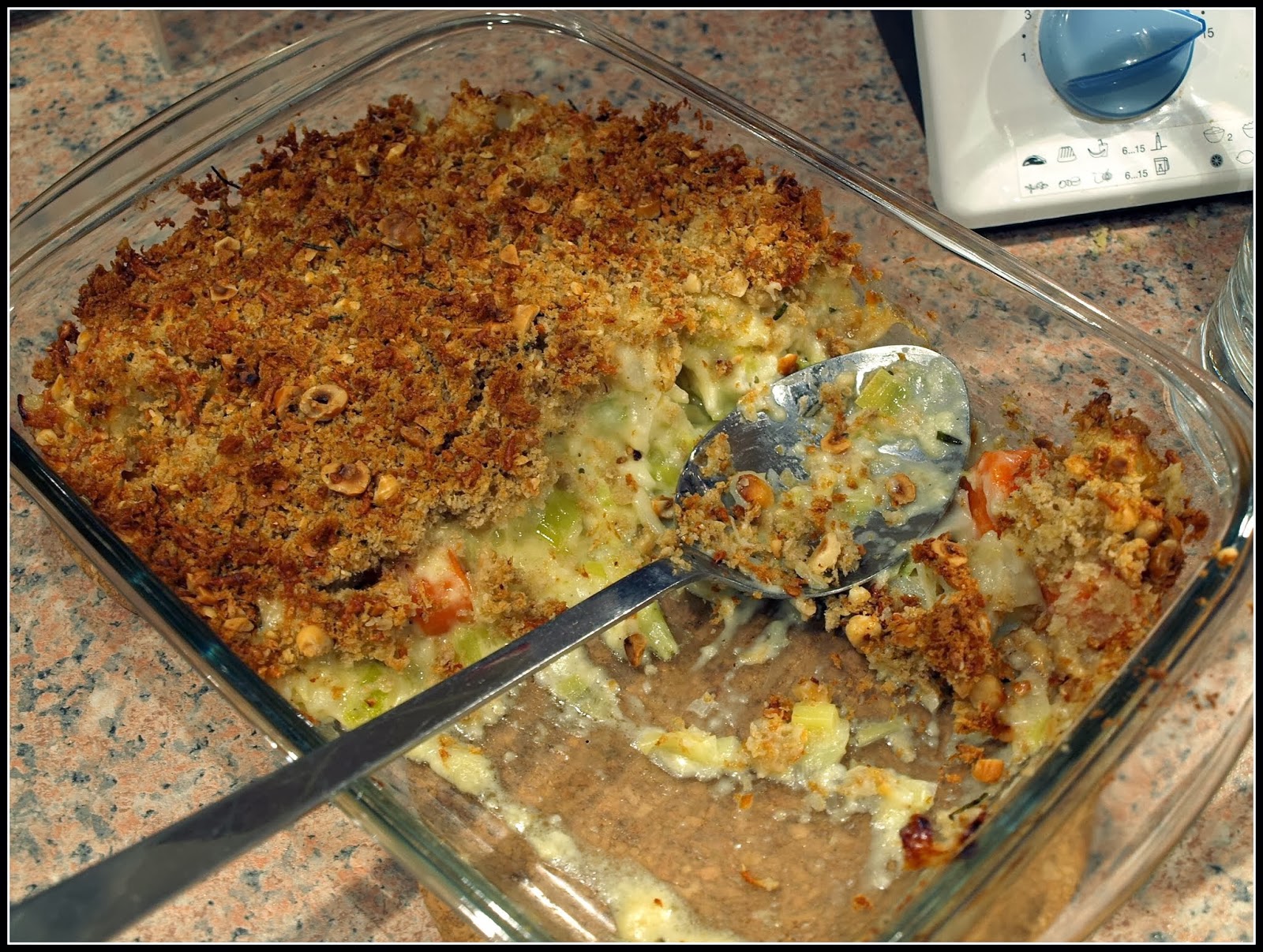 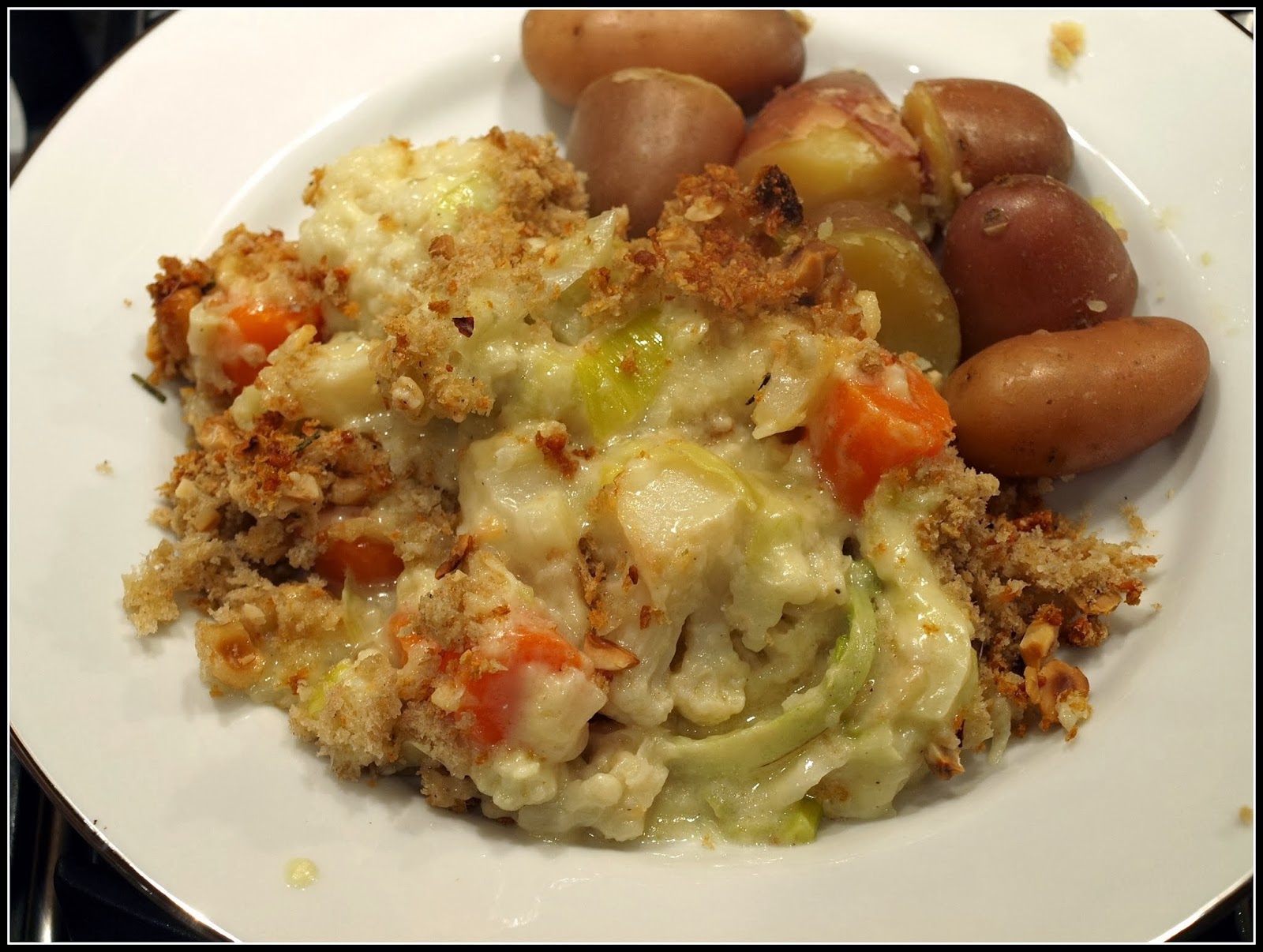