A hit and a miss

There were two meatless meals on my plan for this week, both using recipes I hadn't tried before.

The first was butternut squash gnocchi with sage butter, based on a pumpkin gnocchi recipe I found here. I  halved the recipe, to serve two,  and replaced the pumpkin with butternut squash, thinking they would be identical in texture and cooking properties. I was wrong........ the "dough" was almost liquid when I'd added the eggs and flour, so I had to add more flour, and more, and more.....

I ended up with enough gnocchi to feed a small army. 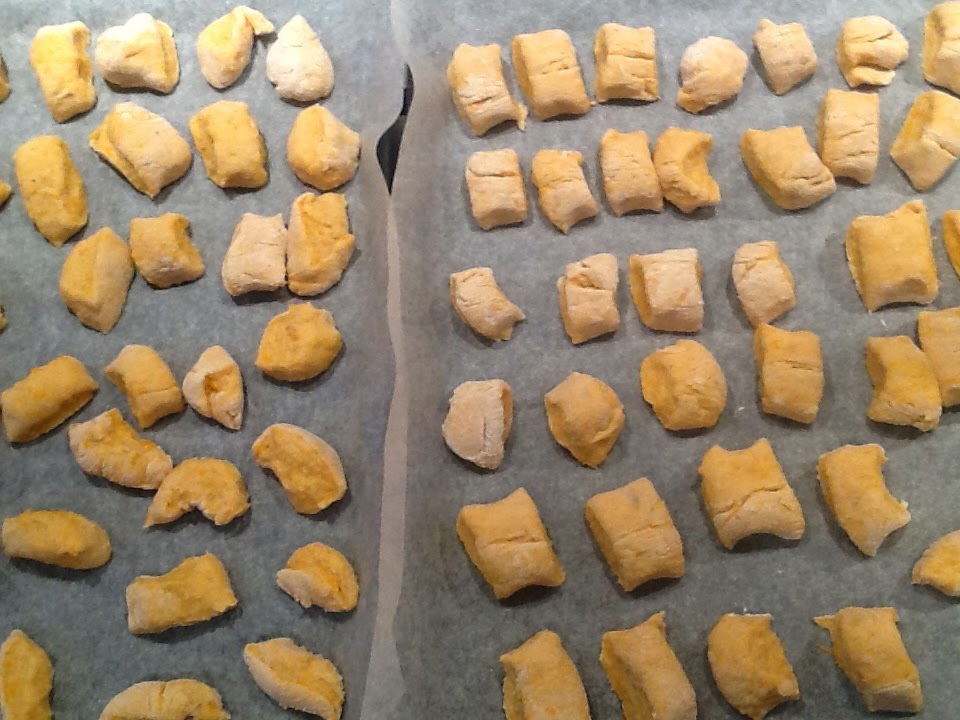 I open-froze half of it but there was still far too much for two! And when I went to cook it, it had gone sloppy again and developed a gluey texture, probably as a result of overworking when I had to keep adding more and more flour.

It looked quite pretty when it was cooked, and I served it with grated parmesan and some butter that had been melted and infused with sage leaves. It didn't taste too bad either, although most of the flavour came from the sage in the butter. But oh dear, it really wasn't very pleasant to eat. It was heavy, claggy and indigestible. I won't be swapping pumpkin for butternut squash again in a hurry! 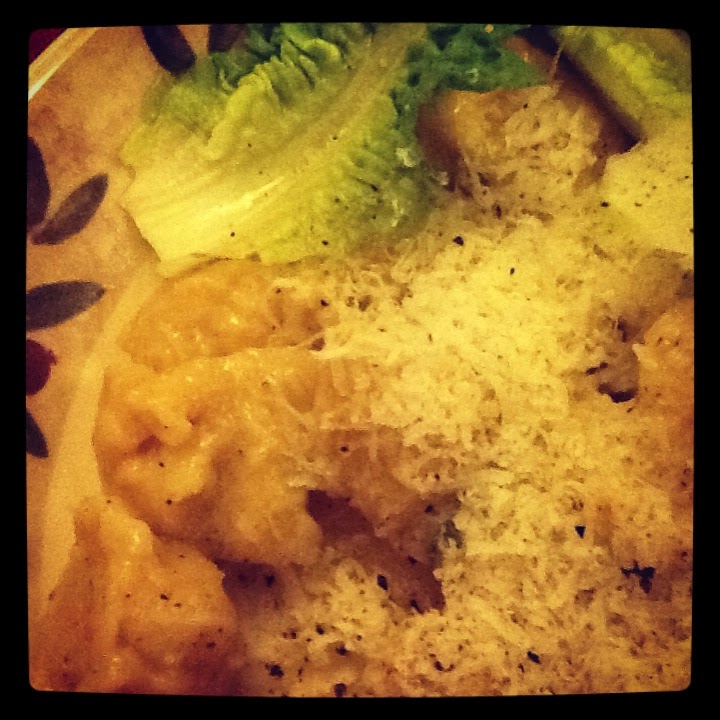 Moving on a couple of days, last night I made  South Indian Egg Curry with rice & lentil pilau which is on page 90 of the March 2014 issue of BBC Good Food magazine - I expect the recipe will appear on BBC Good Food soon but at the moment the magazine is still available in the shops.

It was simple enough for a quick dinner on a busy day, dirt cheap to make (my local supermarket has free range eggs at £2 for 15 at the moment, tinned tomatoes at 50p a tin and lentils at 99p for a pack that would make this dish around 12 times!) and yet absolutely delicious. And as you can see, it looks pretty special too! 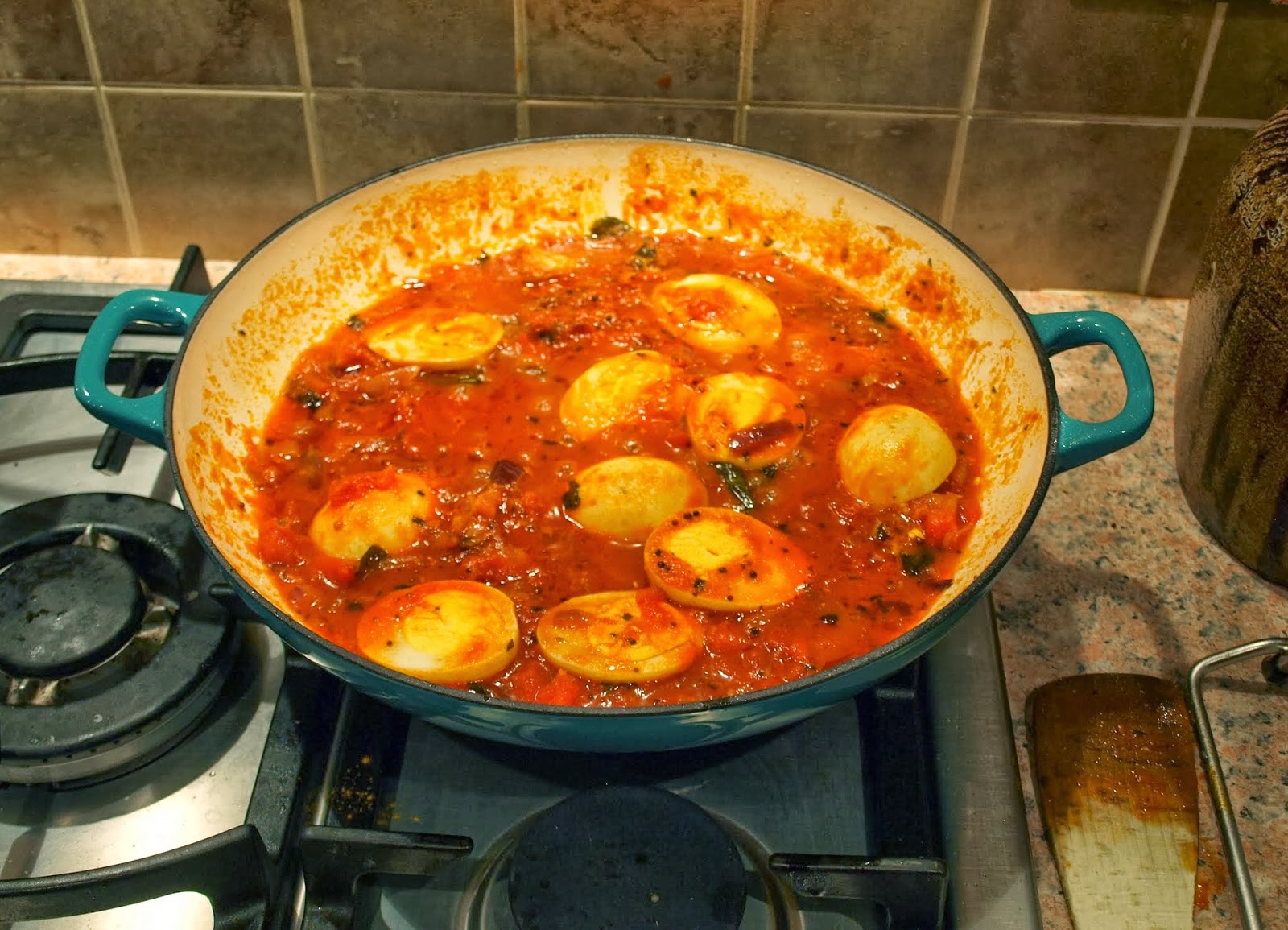 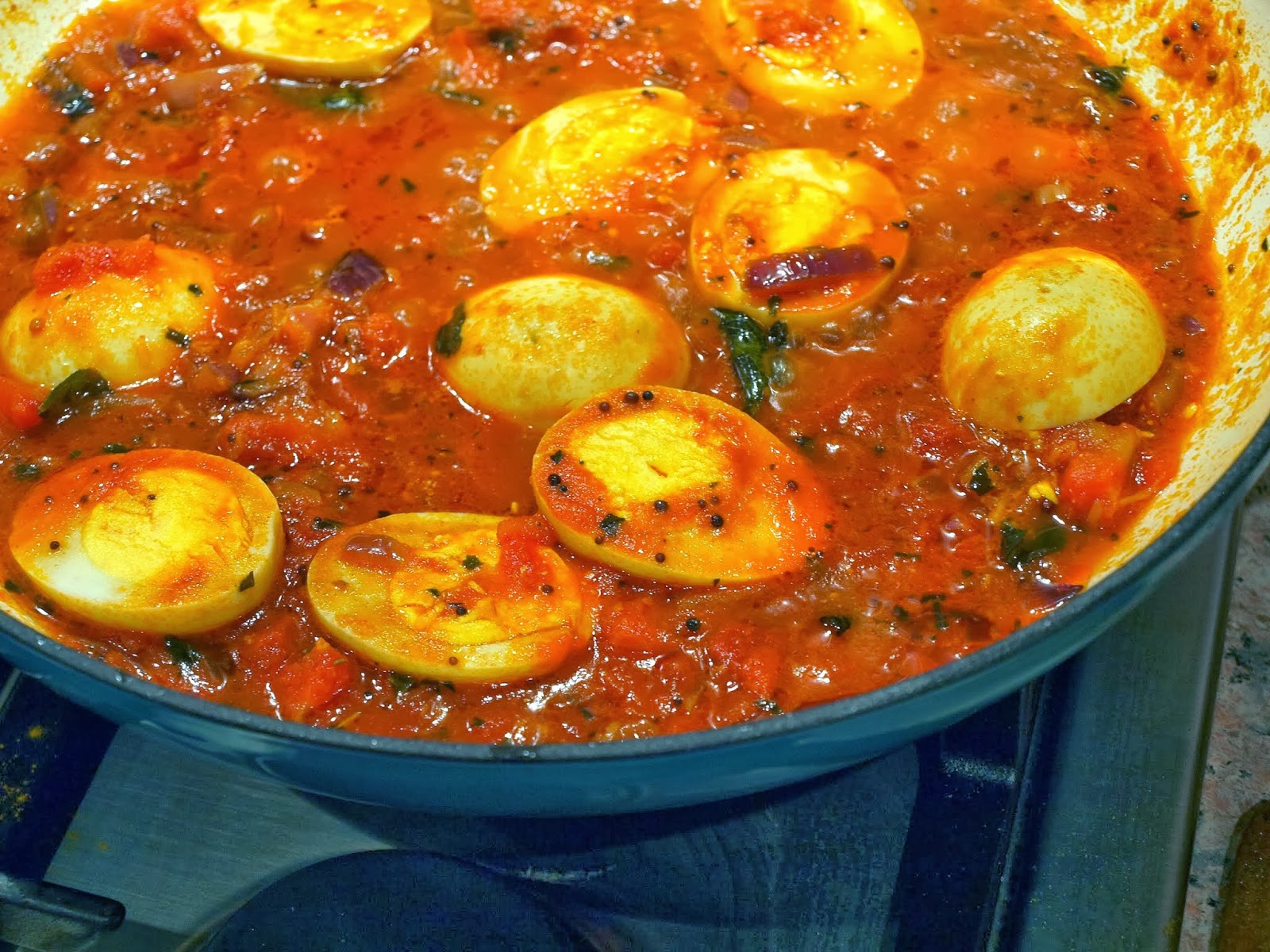 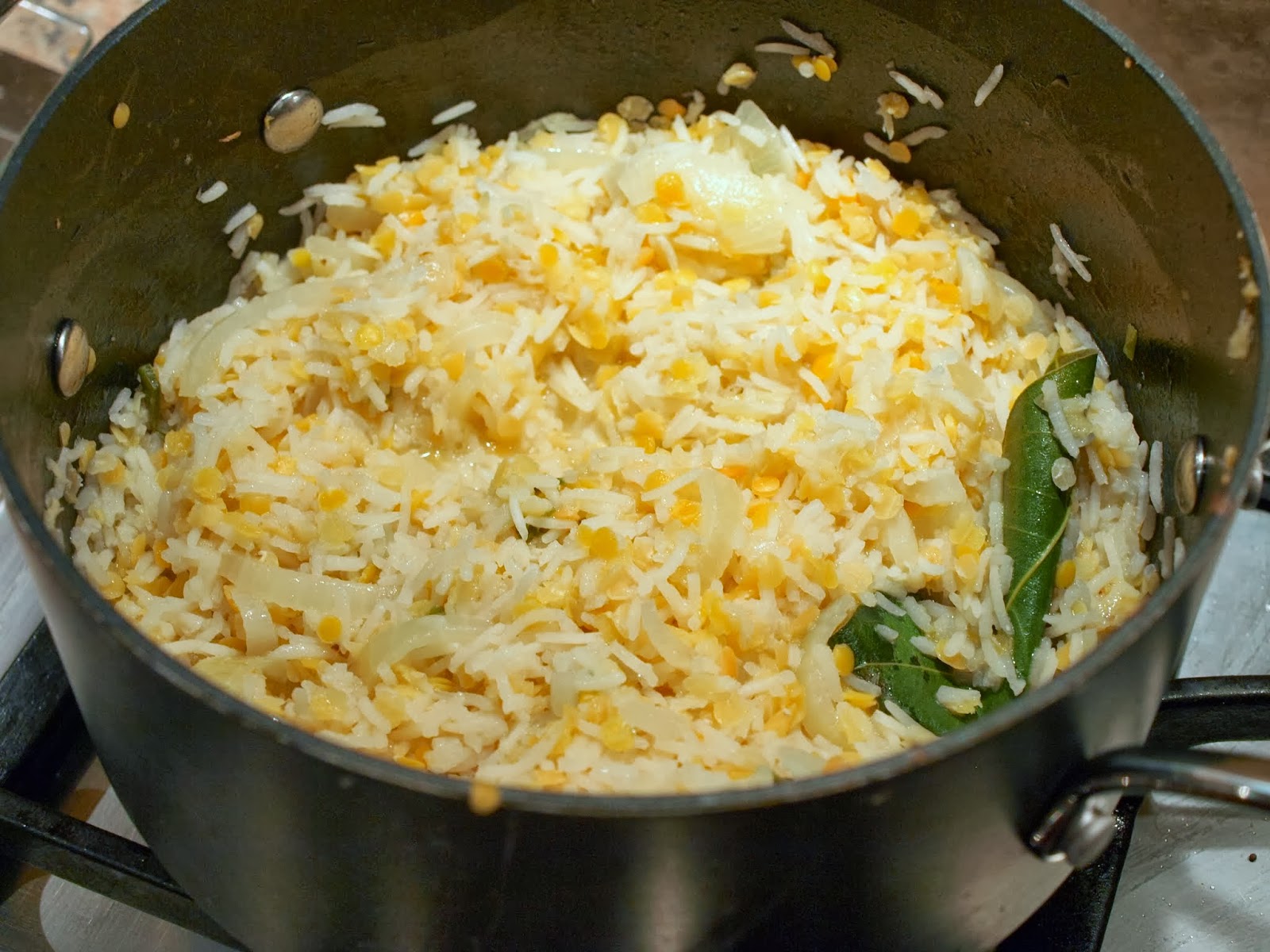 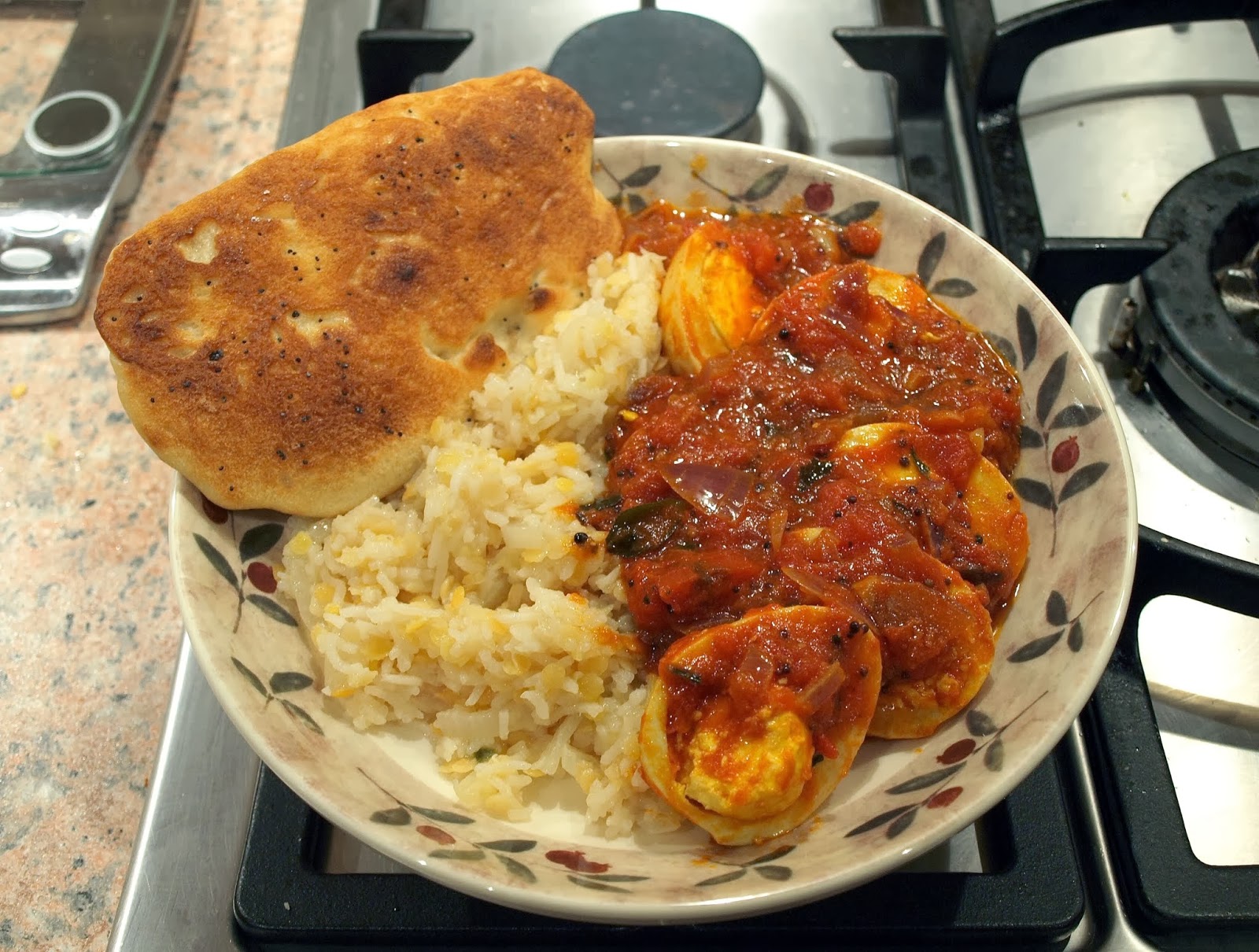 I love it when people share their recipes for things that didn't go to plan - it just goes to show it happens to everyone ! I would have thought pumpkin and squash would have worked the same too !

Great post, Jane! I have never tried an egg curry but it looks delicious, especially with the rice and naan.

I would love that, but my hubby hates eggs.