I'm sorry things have been a little quiet on here recently - I've not been very well, and have had visitors from overseas, so almost all my recent posts have been ones that were scheduled some time ago. But at last I've got both the time and the inclination to start crafting again, so here is my first Foil Play DT post for 2015.

I've been playing around with acetate, and foiled die cuts look super on it - the shine of the foil coupled with the transparent acetate looks great. As well as your foils and acetate, you will need some double sided adhesive film.

Die cut your chosen shape from the film, keeping the backing paper in place on both sides. When you have cut the shape, remove the backing from one side and attach it to your acetate. If you are going to cut it out, as I have dome, this is the best time to do so. Also if you wish to colour your acetate, to give a stained glass effect, do it now. This looks good with black foil. Colour on the reverse, using glass paints or permanent markers. (To test whether your markers are permanent on acetate, write something on a piece of waste acetate, leave it for a while and then try to wipe it off. I found that Promarkers become permanent after about an hour, so don't try to rush this step.)

I've kept the cards made with my acetate butterflies very clean and simple, to show off the butterflies, but of course they could be incorporated into much more complex designs.

Instead of die cuts, you could create the same effect on acetate using double sided peel off outline stickers. 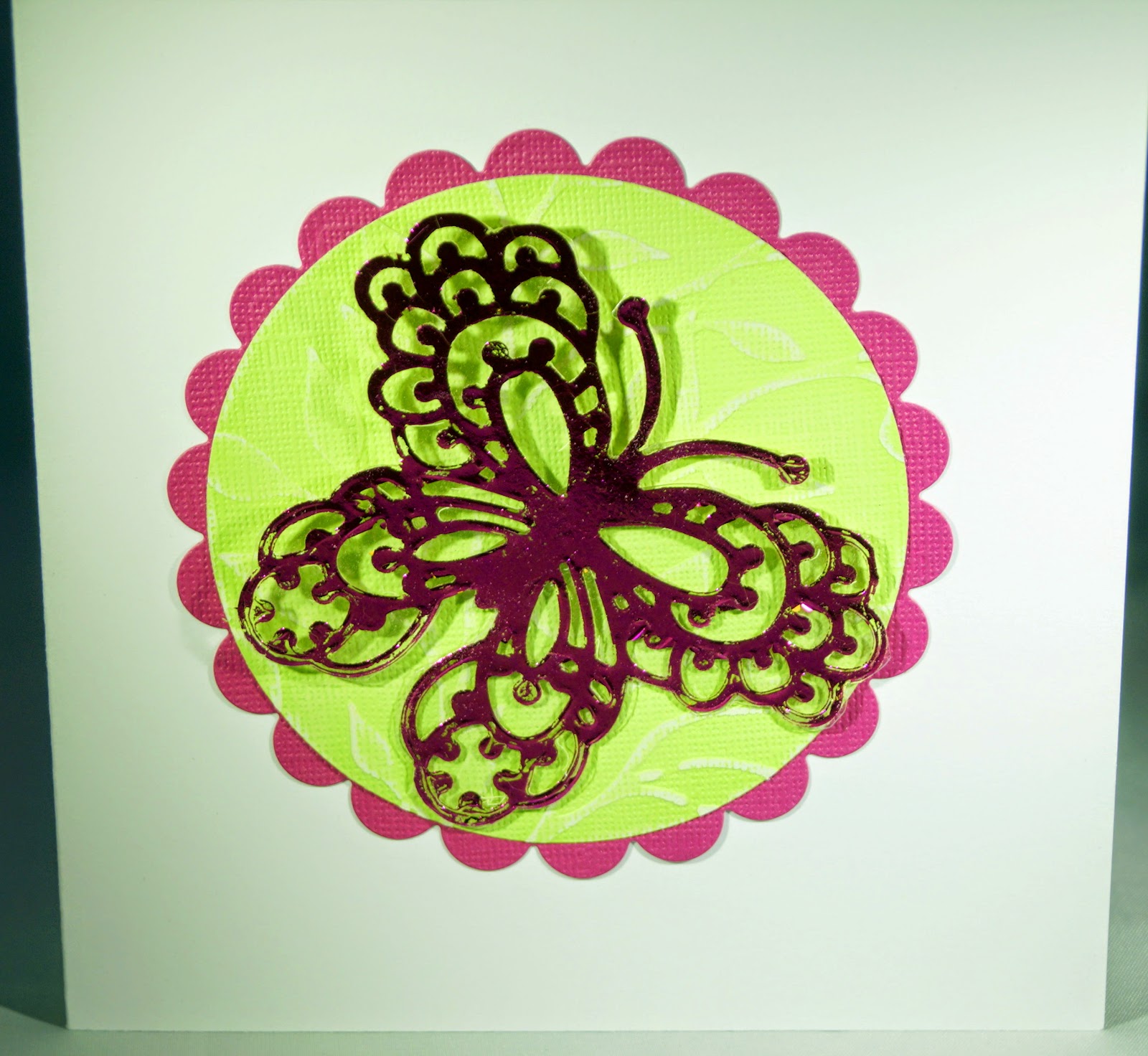 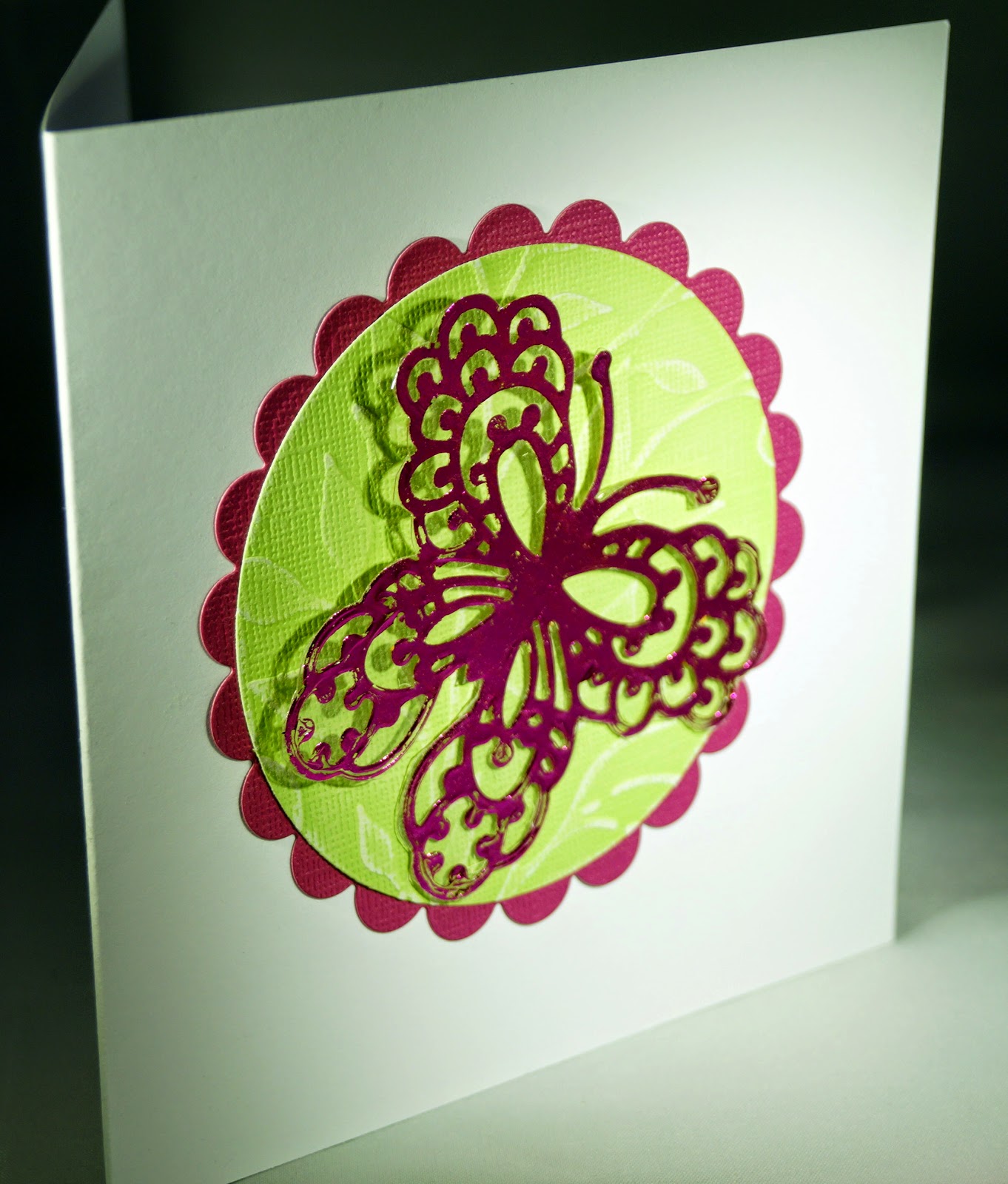 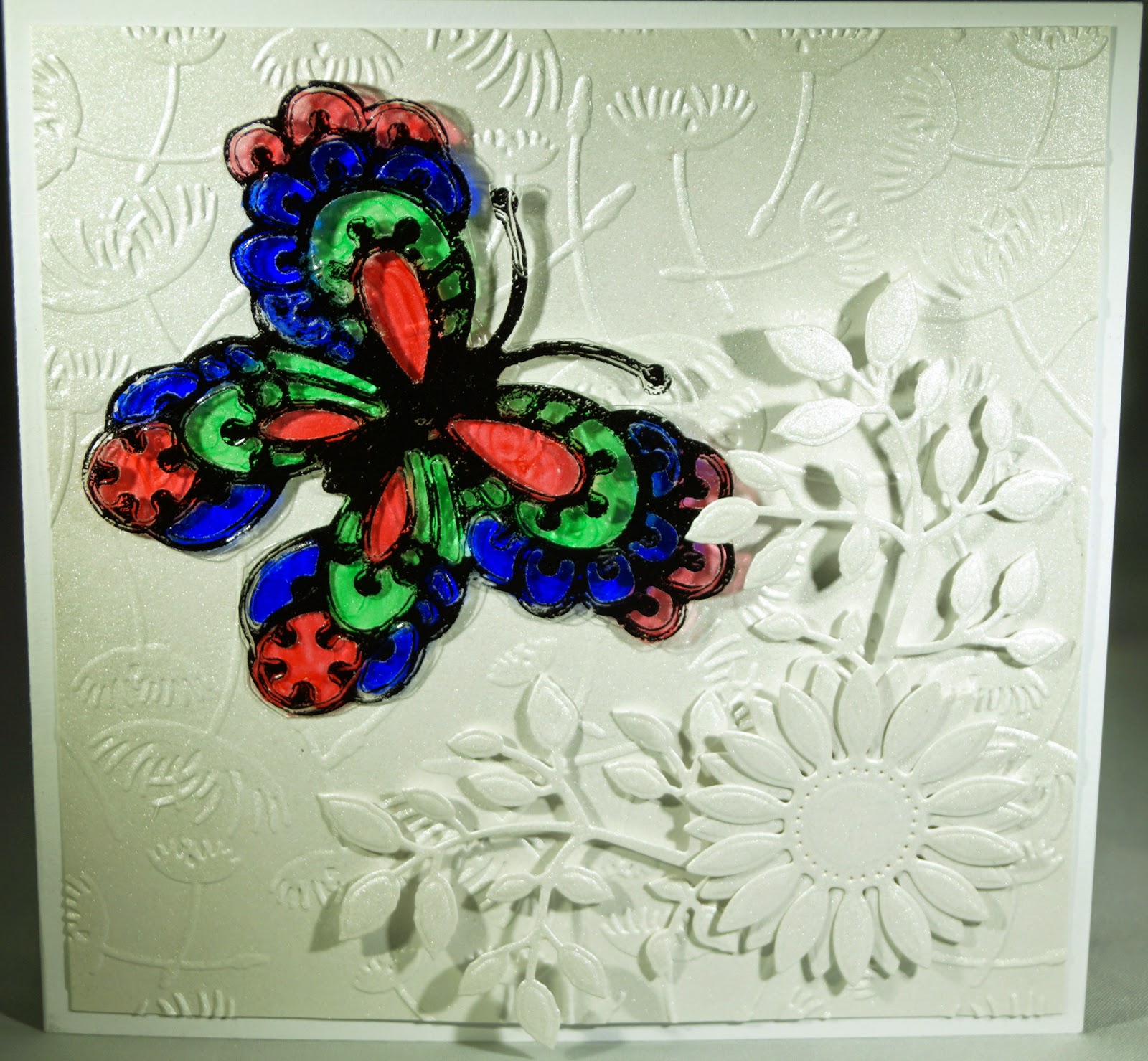