The flowers that bloom in the spring tra-la!

Any G&S fans out there singing along with me?

Right, after that little musical interlude (well, I had one anyway, I don't know about the rest of you) on with the card. For this, I have used my old faithful Hero Arts tulip stamp and used the Grand Calibur to cut the sentiment and the green border. The large scallops were actually cut using one of the wavy sea dies from the X-cut pirate ship set (did you spot that, Di? ) used the opposite way round from what was intended. The green and yellow card came from my snippets box.

The buttons are from a mixed jar that I've had since forever, or possibly longer. They are supposed to be a set, but one of them was ever so slightly different in both shade and size from the others so I put it in the middle so it would be balanced out by the other two. 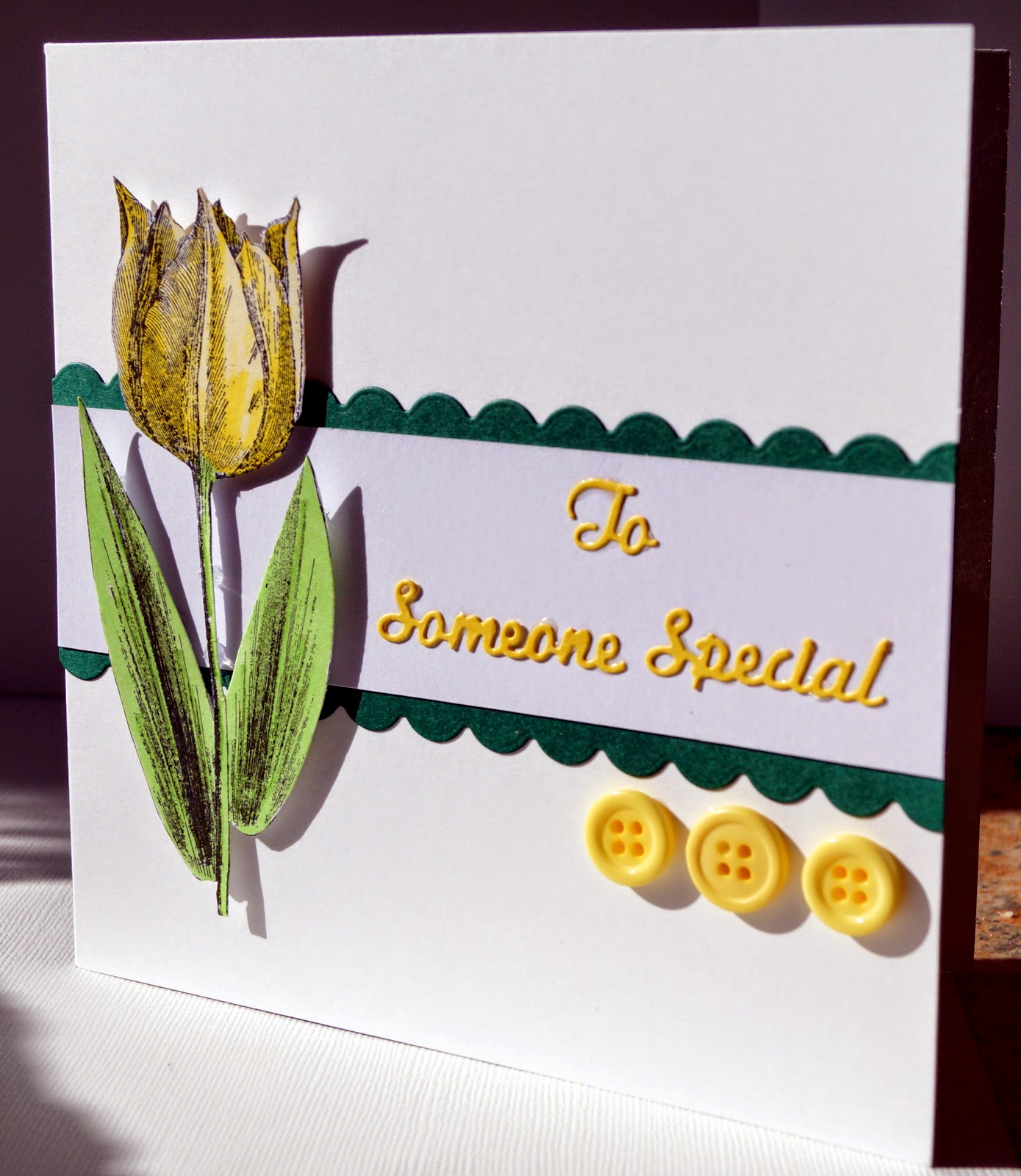 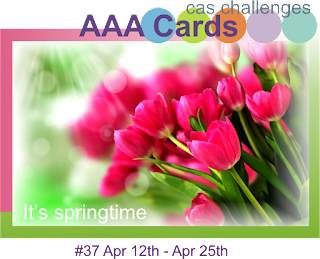 Gorgeous card - the tulip stamp is lovely and the buttons the perfect embellishment. Elizabeth xx

Wearing two hats here again! Love this card Jane and how clever to use the XCut die as a scallop. A perfect card with the tulip and three buttons :-)

Those bright yellow buttons are a real eye catcher. Thanks for playing at AAA Cards.

Awesome fussy cutting -- your tulip looks real! Thanks for joining in at AAA

Love these tulips!! Thanks for joining us at AAA Cards, we are very glad that you are sharing your creativity with us!!!

Love this Jane, especially how you've raised the flower