The new challenge at Cardz 4 Guyz is World Book Day. 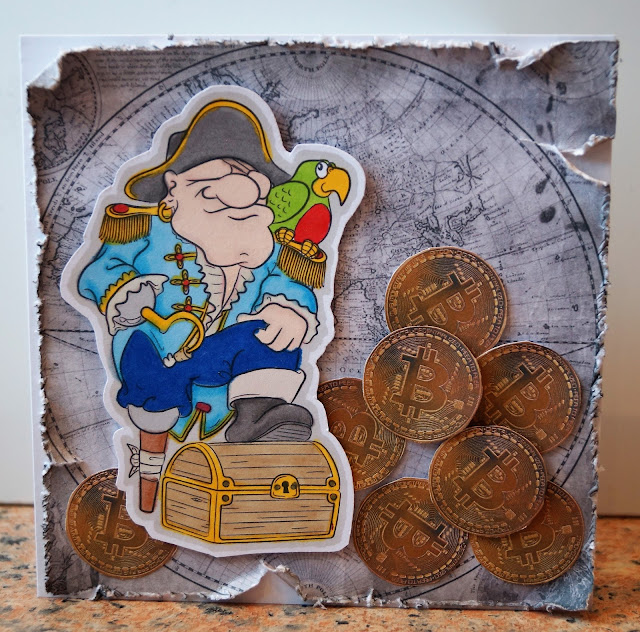 My "Long John Silver" is the digi Pirate Pete from Dr Digis, coloured in with Promarkers. I've used a map printed out from The Best of la Pashe 2012 and  distressed it to make it look ancient - and then brought the whole thing into the 21st century because instead pf pieces of eight, ducats or doubloons, for my "treasure" I have added a pile of B!tcoin - I simply copied a picture several times and then cut them out. (I've changed the I in the name to a ! in the hope I won't get loads of spam comments from the bots that trawl blogs looking for That Word!)

I am sharing  this with Crafty Sentiments - Anything Goes
Posted by Jane Willis at 09:00

Love the way you distressed the background. I always struggle with that. Love Dawn x

Fab card Jane! Fingers crossed you don’t get a lot of spam