I bookmarked this recipe a few months ago - I can't remember whether I saw it on another blog, spotted a pin on Pinterest or just stumbled on it while looking for something else, but the thought of scooping out a loaf and filling it with brie and a gloriously delicious combination of pears, shallots, thyme and white wine then baking it in the oven sounded perfect.

And it would save on washing up too - instead of using the brie baker, the bread itself becomes the brie baker - handy to know if you don't possess such a piece of equipment.

I'll not give the recipe here - it would be a breach of copyright as the only changes I made were to substitute a lovely local Tunworth cheese for the brie, Sweet Freedom for the brown sugar and a supermarket crusty cob for the sourdough bread (I've not been lured onto the sourdough bandwagon yet - I don't think we eat enough bread to make cooking it on an ongoing basis viable). Oh, and most importantly, to increase the amount of fresh thyme from half a teaspoon (why bother?) to a couple of tablespoons. 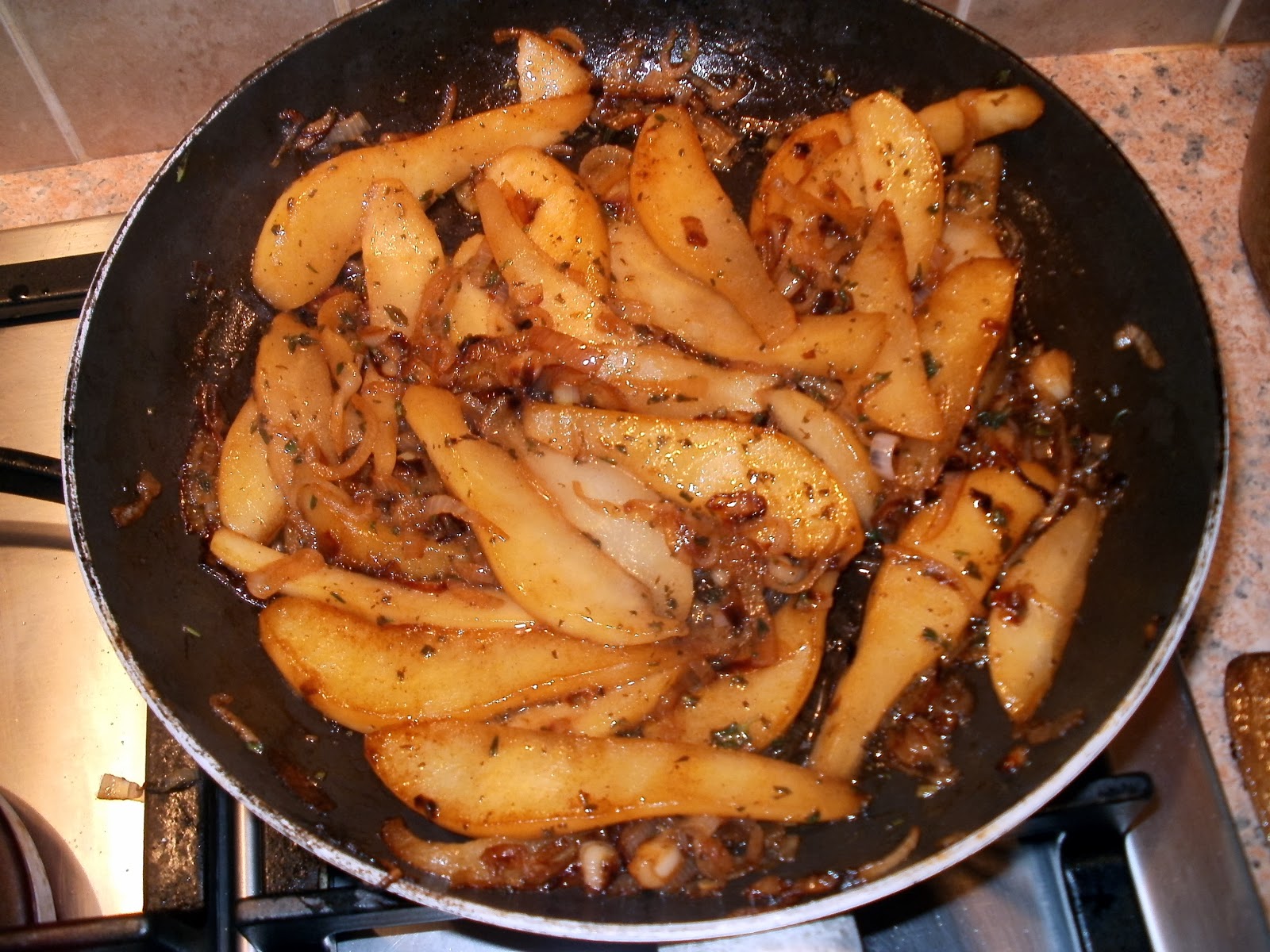 Next the top was removed from the bread, and a deep hollow the diameter of the cheese cut from it - with the removed top and middle set aside for dunking purposes.  The cheese was halved  them layered alternately with the pear mixture, and topped with a layer of slivered almonds. 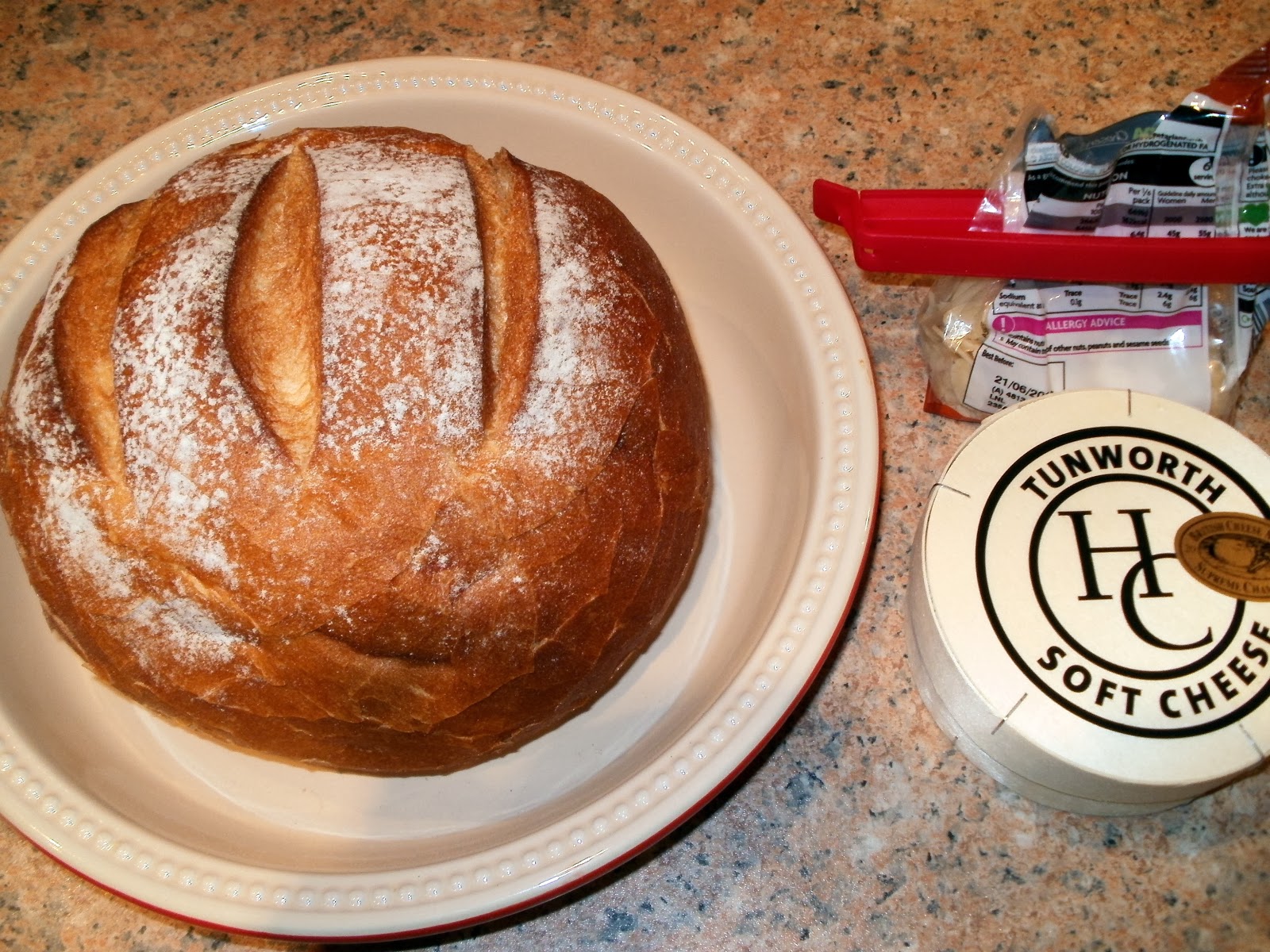 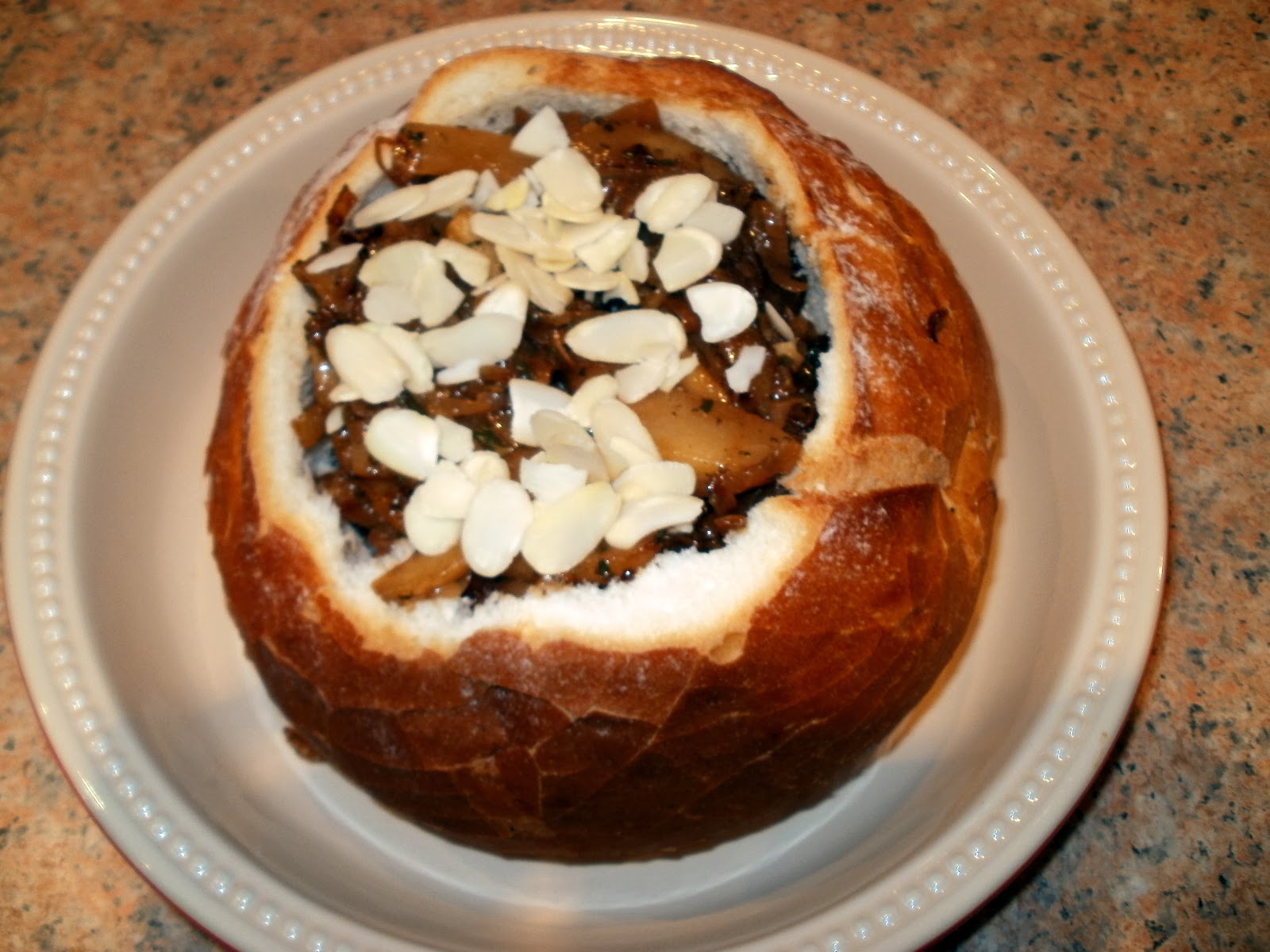 Then it was all baked until gooey - the recipe said for 45 minutes but after half an hour we couldn't bear to wait any longer, the fragrant thyme and rich cheese smell had lured us both into the kitchen. Maybe with a larger, heavier loaf it would have needed longer, but my flimsy little supermarket bread had allowed plenty heat to penetrate by then! 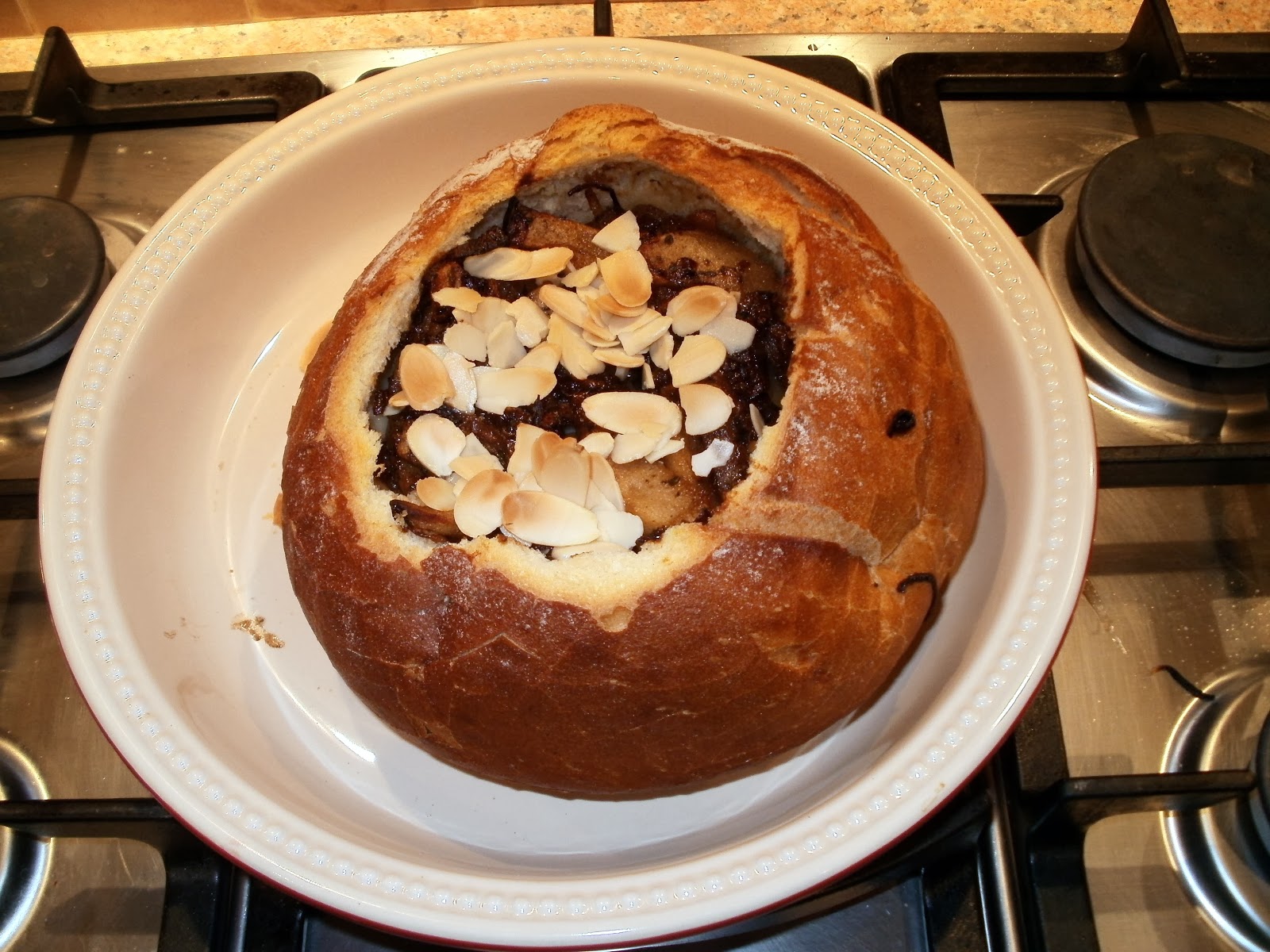 The verdict? Utterly delicious. A real triumph. The pear layer and the crunch of the almonds gave extra layers of flavour and texture from our usual baked cheese dishes. We scooped up the filling with the removed bread and some crispy Romaine lettuce to help balance the richness.
And when the two of us sat back, replete, having demolished all but a small fragment of the bread shell as well as all the filling, I glanced back at the recipe and read "Serves 8"
I'm joining in with the March link up for Cooking with Herbs at Lavender and Lovage 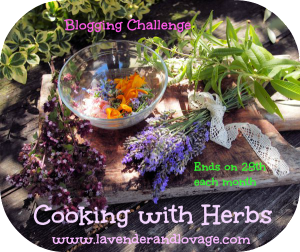 An InLinkz Link-up
Posted by Jane Willis at 16:43

Serves 8! Ah well they always underestimate on these recipes.. ;)

WOW! Jane, what a BRILLIANT dish, and with all of my favourite ingredients too! I LOVE cheese of all kinds and I must try this one out! Thanks for adding this lush recipe into cooking with herbs for March! Karen

Perfect! I should say so. I love to roast shallots with thyme, and adding cheese (brie especially) and bread into the equation--oh, it sounds amazing!