Do you ever experience that feeling where everybody else is going crazy about something and you can't see what the fuss is about? One of the things I feel  that way about is David Beckham. Another is pulled pork.

After two disappointments, though, I wasn't that keen to try cooking it myself. Yet everywhere I looked, people were enthusing about how great it is, especially when finished with a barbecue sauce. Served this way, it's even referred to simply as "Epic". I had to try it. Especially as pork shoulder joints were on half price offer in the supermarket last week.

I'd been pointed in the direction of this recipe for epic pork, a wonderfully wittily written recipe from Mudpies and Fries. What a pity her blog is no longer updated, I'd love to be able to read it regularly! So that's the recipe I followed, almost to the letter.

My slow cooker was being a bit sulky and took a long time to get going, but eventually it agreed to play and after 8 hours cooking with just a little water, the skin and fat slipped off and the pork was simple to shred with two forks. 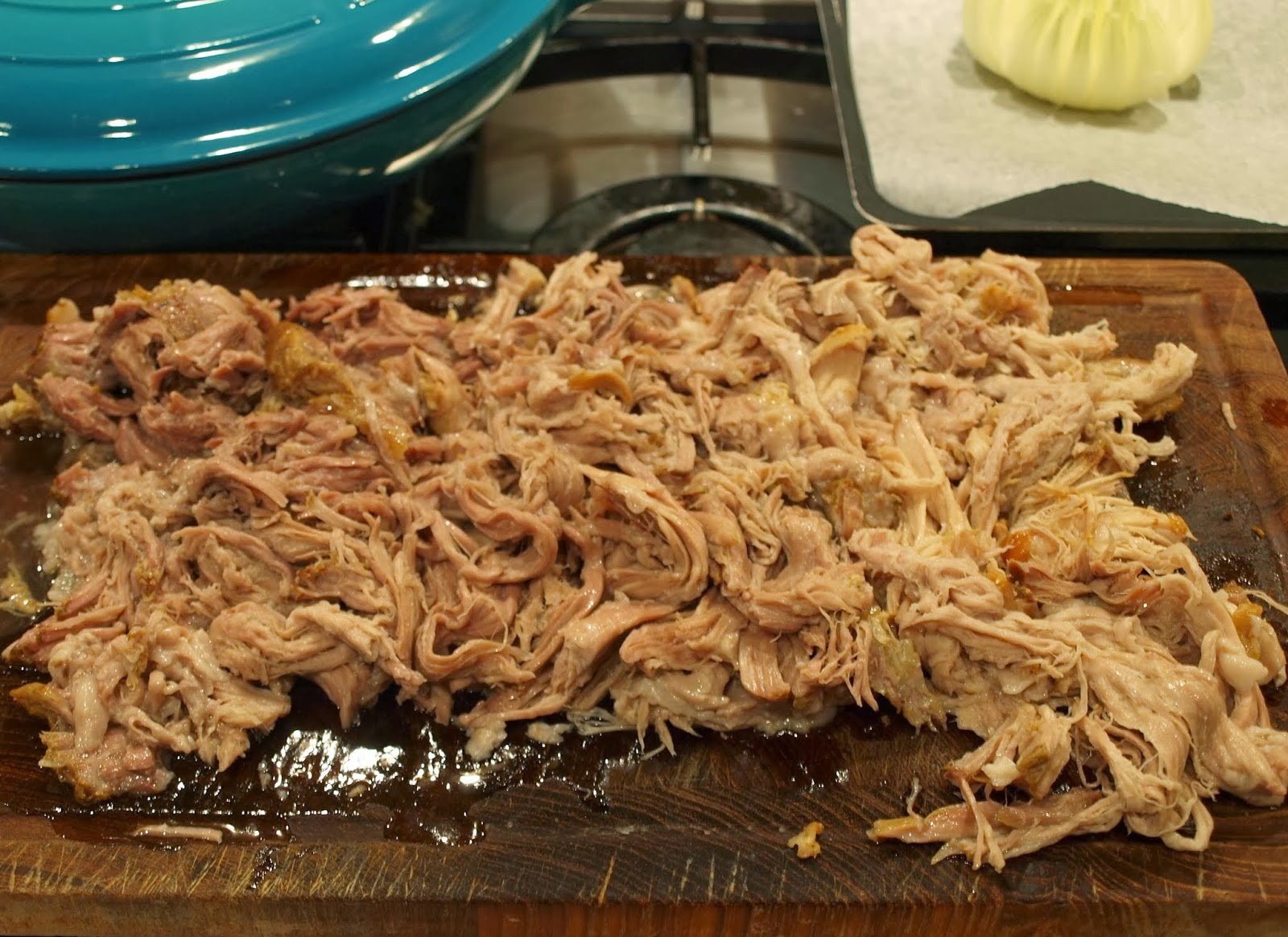 Then I made the barbecue sauce, with tomato ketchup, Worcestershire sauce, Sweet freedom syrup, blackcurrant balsamic vinegar, garlic, smoked paprika and chilli, and added in the pork to heat through. It looked and smelled divine! 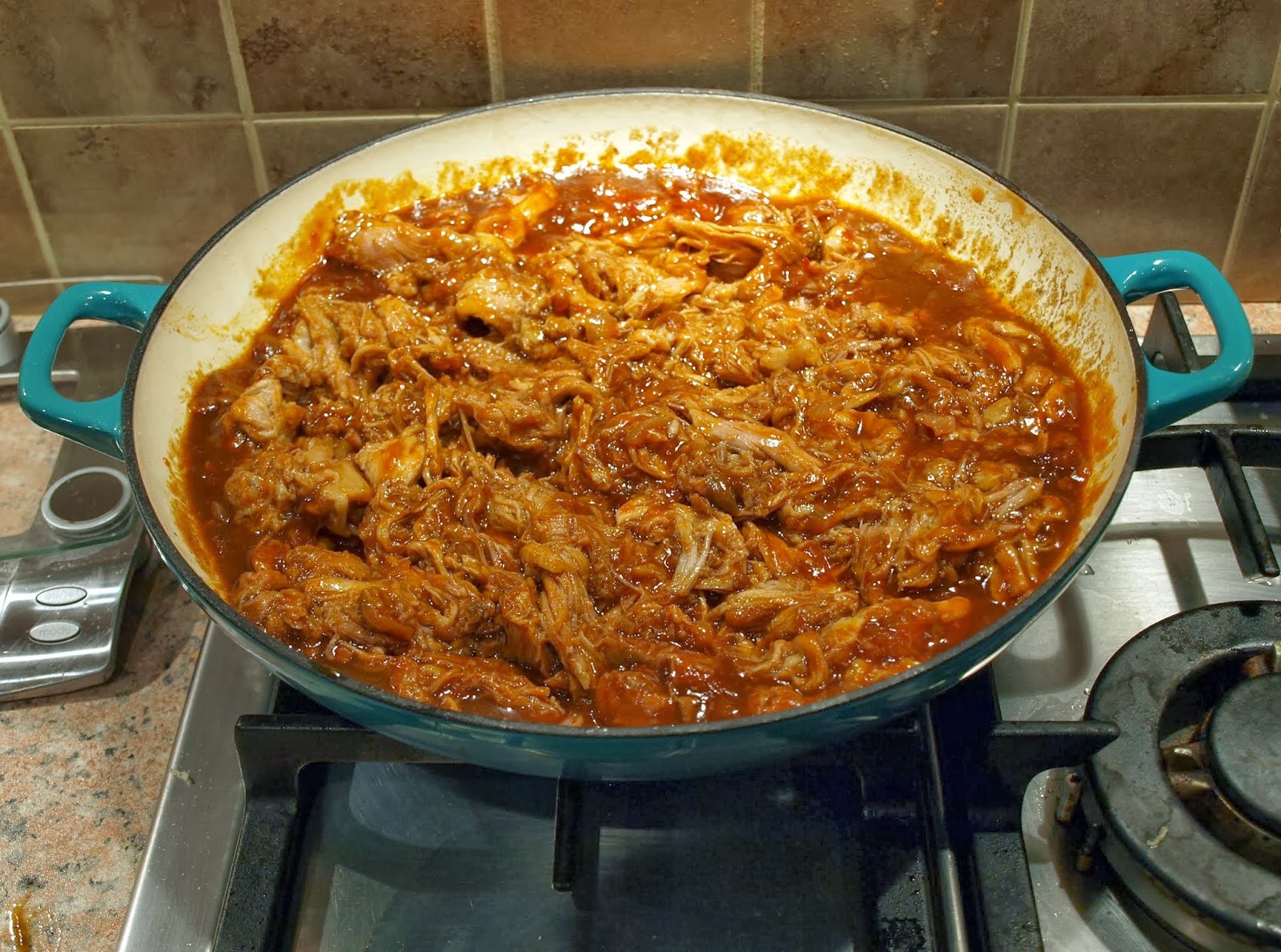 To serve with it, I made some onion flowers as described by Belleau Kitchen, replacing the spices with a barbecue chipotle spice mix to work better with the barbecue sauce. 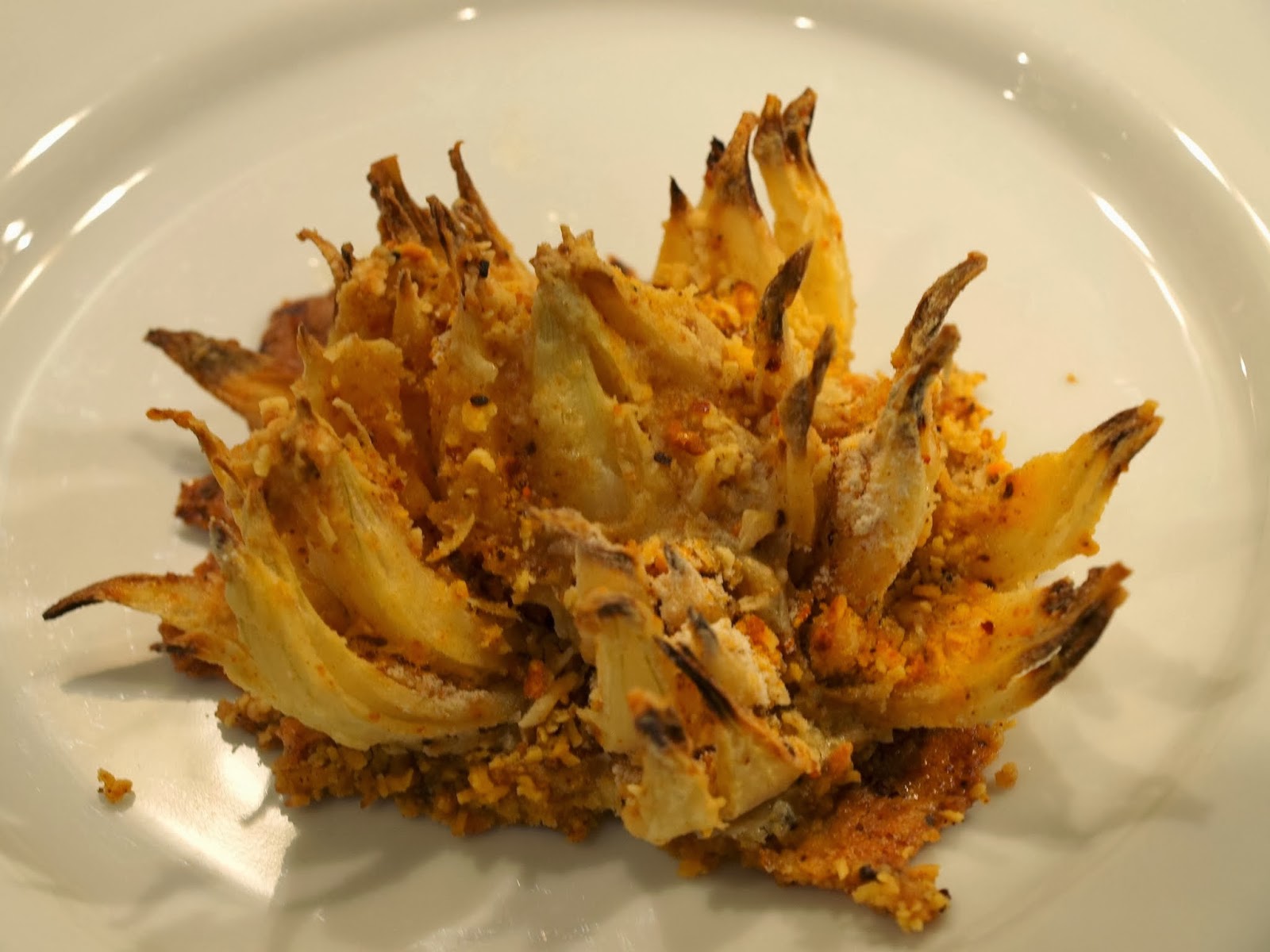 I served it with baked potatoes and green salad - and I wish I'd put the salad on the plates before this photo (I didn't want the heat to wilt it though) as it all looks rather brown. 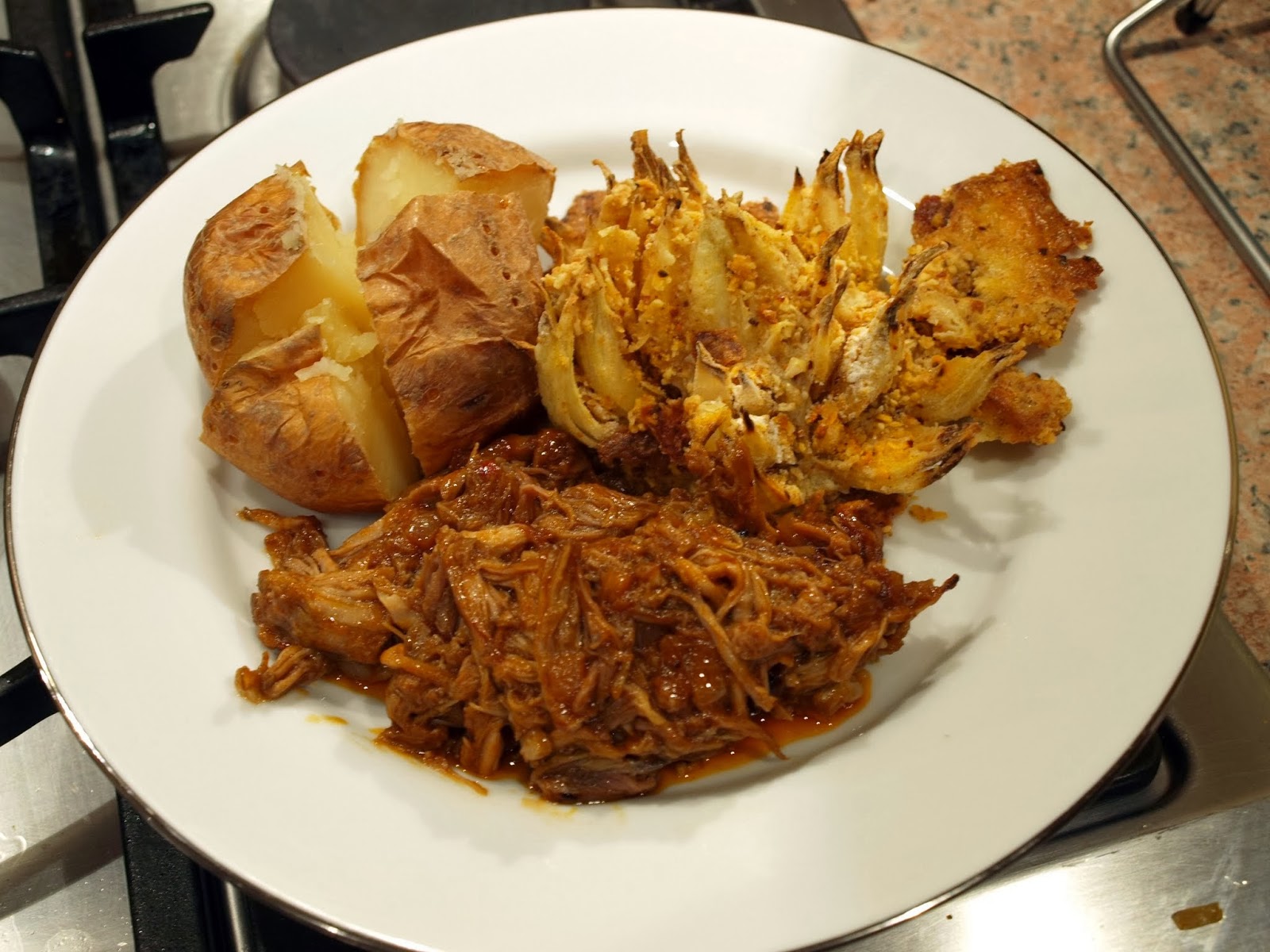 So why "The Emperor's New Clothes"?  Well, it just served to confirm my opinion that I don't like pulled pork at all! I don't like the way the fat and sinew melt to coat the meat and give it a slippery feel in my mouth, and I don't like the stringiness of the shredded meat.

Oh well, I tried - and just because I didn't like it doesn't mean you won't! After all, everybody else seems to love it.

I'm joining in with the Slow Cooker Challenge at Farmersgirl Kitchen 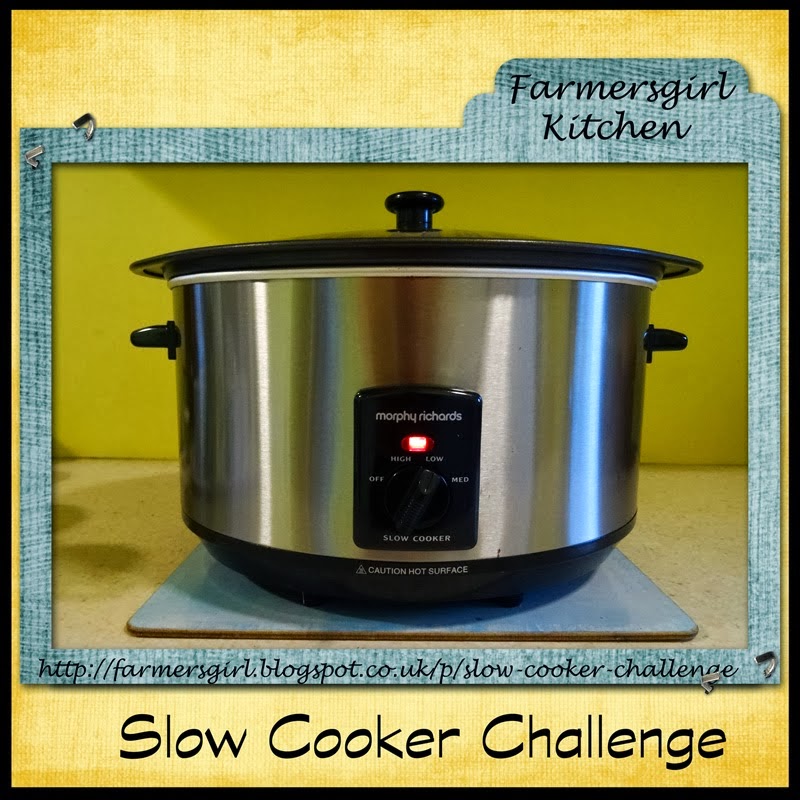 what a shame (hope you liked the onion blossom a little better...) I do very much like pulled pork but I made a 24hr beef brisket which was so much nicer than any pulled pork i've ever eaten so maybe you should try that... Also, I think pulled pork is street food and should be eaten on the hoof in a wrap or a soft roll, in some exotic country... which is probably why it tastes better! xx

Such a sham you didn't like it as it looks delicious - making pulled pork in the slow cooker is one of my favourite things to slow cook.