Flamiche or Cheese and Leek Quiche

Last week in my Meal Planning Monday post I mentioned that I was going to try a dish called Flamiche which was featured in the March issue of BBC  Good Food magazine. It was adapted from Paul Hollywood's book "How To Bake", which means that unfortunately is isn't available on the Good Food website  but it is a flan case filled with leeks - LOTS of leeks  - that have been sliced and stewed in butter until soft, then filled with the usual egg-and-cream custard and topped with sliced Camembert.

Actually as we had a miniature Cornish Brie that was at just the right point of ripeness to slice without either being chalky or running away, I used that in place of the Camembert. I always make quiche a little in advance, so we can eat it tepid, as that seems to bring out the flavour, but to our  surprise although the texture was great, there wasn't a strong flavour of leeks. Yet the house had smelled wonderful all the time they were cooking. The leftovers, eaten completely cold the next day, were far tastier! 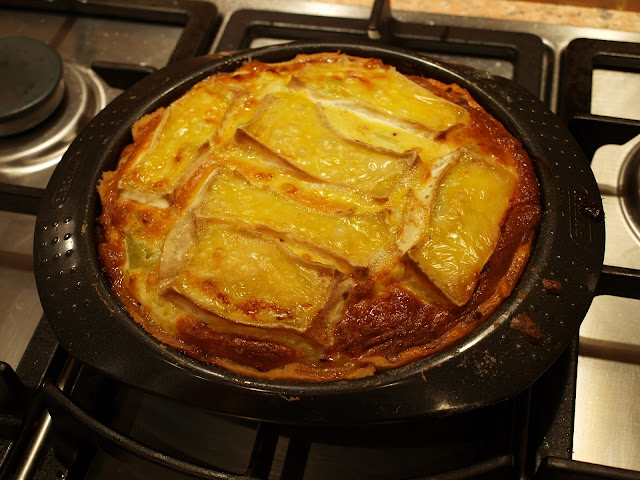 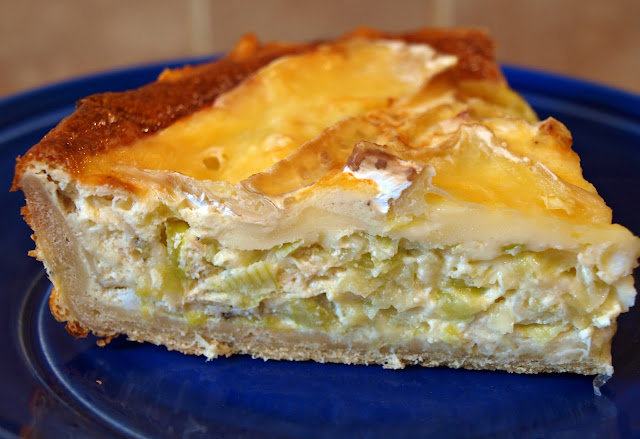 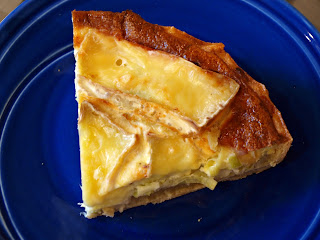 This looks great, I am lucky enough to have the book, I think this will be making it onto my meal plan soon!

I have this book, and I love it. Your dish also looks wonderful.

I do love quiche and have my own recipe that I use with different vegetables and meats. Yours looks wonderful!

Hello Jane,
I've nipped across from Mark's blog after seeing your fantastic quiche ;D
I've been meaning to visit for quite some time and now I'm your latest follower.
Have a great weekend!

Good to see you here Neesie!