I've been away to visit my Mum this week - hence no internet, no crafting and no blogging (I may have fooled you a little as I left a scheduled post for Tuesday's Cardz 4 Guyz challenge, but I really wasn't around!). I was in SUCH a crafty mood though, so to keep myself going I treated myself to a couple of magazines,  both of which had really useful cover mounted gifts. I couldn't wait to get home and play with them!

First up was Papercraft Essentials, which had a lovely embossing folder  - two designs separated by an elegantly curved border, perfectly sized for a 15cm square card - and also a pair of sentiment stamps, lovely bold wording that will be very useful on CAS cards. The embossing folders from both magazines go through the Grand Calibur using the C-plate/folder/Grand Raspberry plate sandwich.

For my first card I used the embossing folder with some Coredinations card, sanded it lightly and added a die cut butterfly and a charm from my stash, finishing with ribbon and gems. 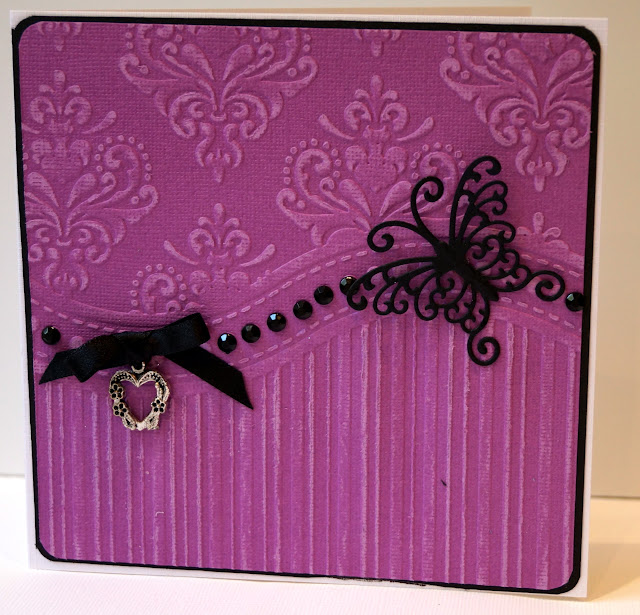 Next I used the same folder to emboss some pink patterned vellum, and covered the whole front of the card with it. I finished the edges with a little matching distress ink, and also swiped the distress ink over the curved border to give it a little emphasis. I picked out the edges of the border with black peel offs. The sentiment is one of the stamps from the set, cut out with one of the Nestabilities Labels dies (I can never remember which die is which number!) and matted on to a black die cut. A butterfly cut from the Spellbinders Jewel Flowers and Flourishes set finishes the card off. 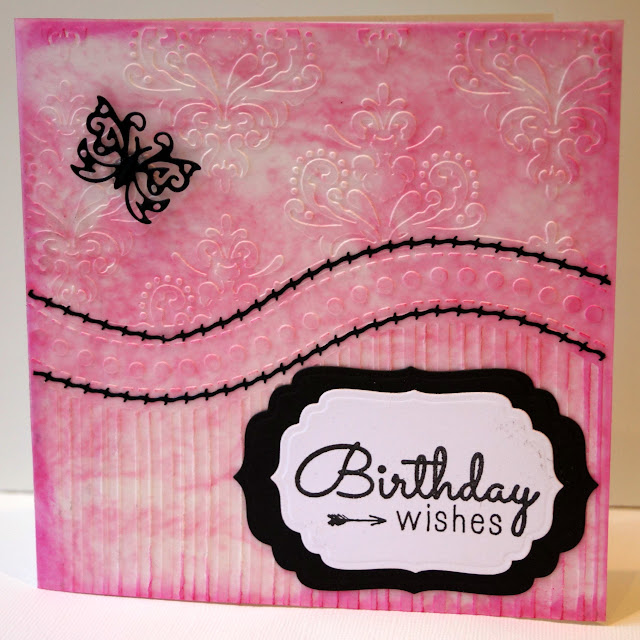 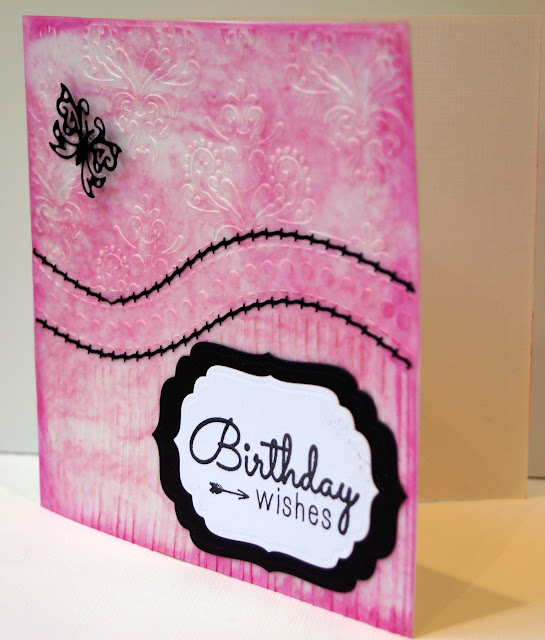 I'm sharing this card at Cuttlebug Mania where there is a Tic-Tac-Toe challenge this week - I've used the middle horizontal line , pink/emboss/birthday. 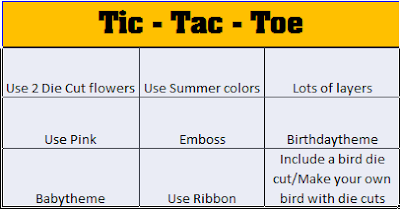 Next I turned to my copy of Cardmaking and Papercraft where the cover gift was two embossing folders, a background and a co-ordinating border, and a cameo stamp. I have to say the cameo stamp wasn't 100% satisfactory, as there appears to be some kind of crease in it so that the silhouette face doesn't stamp evenly, so after stamping I had to go over some areas with a fine tipped marker pen, which is reflecting the light differently in the photos so it shows up more than it does on the actual card. But it's a very pretty design and the perfect size for my oval Nestabilities and the Spellbinders fancy ovals dies.

I used black card with a pale blue core, from the Coredinations Black Magic range, for the background, and blue card with a white core, from my stash, for the foreground, lightly sanding both to reveal the cores. The sentiment is a tattered Lace die. 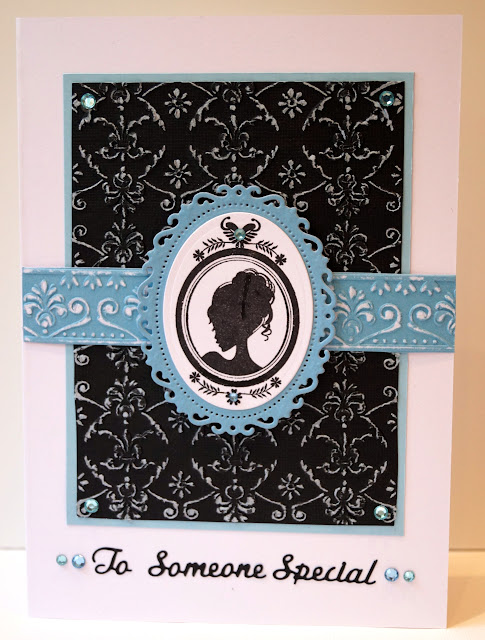 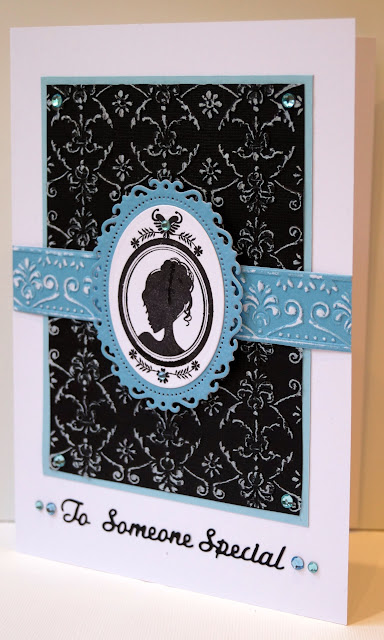 So I had the magazines to read and inspire me while I was away, AND some fabulous freebies that I know I will use time and time again - Bargain! ﻿
Posted by Jane Willis at 11:43

Ooh suburb I love a butterfly

I'm off to buy me some magazines! Lol. Love that two in one embossing folder. Looks very striking ith the card lightly sanded back. Thankyou for fluttering by my butterfly challenge. Hugs Mrs A.

Fabulous use of those freebies!

Beautiful card! I just love that embossing folder! Thanks for your entry at Mrs. A's Butterfly Challenge this week.
Guest Designer Rebecca!

Beautiful card. Thank you very much for joining our Challenge at Creative Card Crew.
Hugs, Yvonne