The same - but different!

I've been playing around with some of my snippets, using the same dies and layout to get two completely different cards, one with an autumn look and the other with a winter one. The die set is one of the docrafts Create-a-scene sets used with the Grand Calibur; I used just two of the tree dies and on one card I added the fox, on the other I added an owl which in fact came from another set in the same range. Scraps of patterned paper from a DCWV stack formed backgrounds to the two cards.

I'm particularly pleased with the effect of cutting one payer of trees with the woodgrain effect paper - what a pity that was my last scrap of it! I think I'll have to buy more. 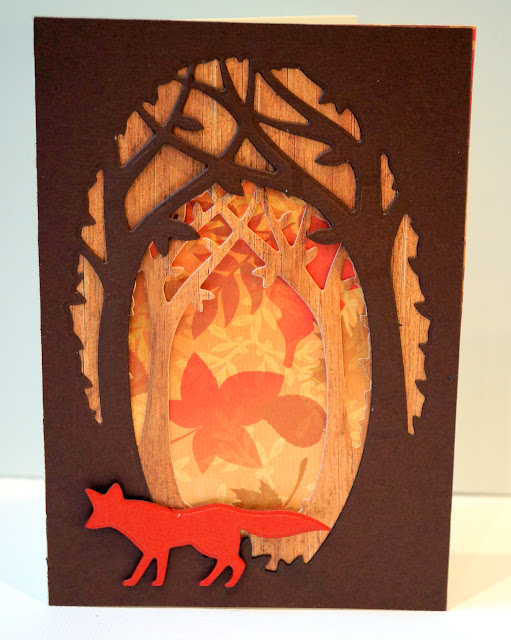 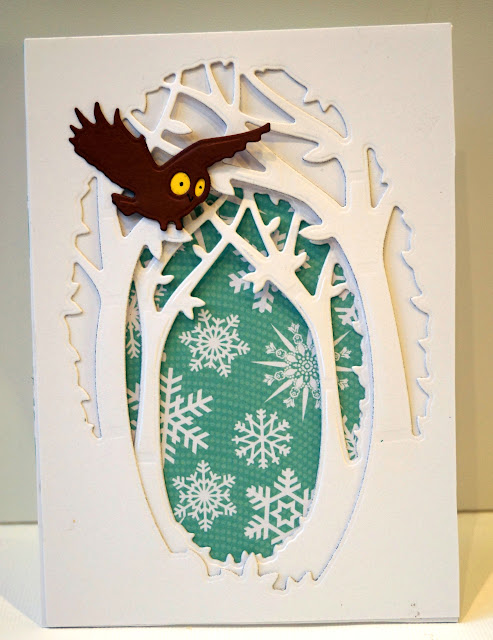 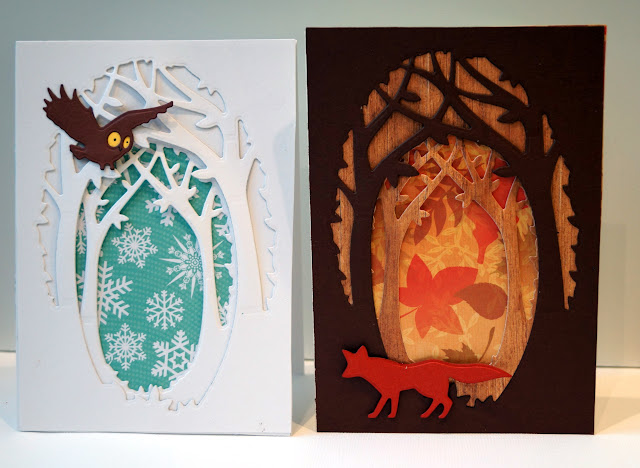 I'm joining in with

They're a breathtaking pair Jane. Beautiful cards. I like that woodgrain paper. Barbxx

Wow, Jane, these are both amazing! Love the different looks and that awesome die! The fox is a lovely addition to the Autumn card!

Brilliant cards, Jane. It always amazes me how different cards can look just by changing the colour schemes. xx

What awesome die cutting! These are fabulous! :)

Bring some bangers to the Playground Party tonight . . . I've got the buttered rolls sorted.

Two fabulous card Jane! Each one is perfect in its own way - love the freshness of the owl card and also the warmth of the fox. Ooooer, another party I see - bangers in rolls, yummy :)

Gorgeous! Both cards certainly evoke the feelings of the season!! xx Christi

Great pair of cards Jane. I have several of these die sets and love them all

Very pretty cards! I love seeing the same die used for different seasons! Thanks so much for joining our die cut/punch challenge this week at Use Your Stuff!

woow both in white and in brown they are awesome Jane
love the FOX and Owl DIE
you have adorable DIES dear Jane
I am still newbie and collect one by one :)
happy weekend Jane
I have no internet at home
it is I write in the office
also if no comment from me it not means I forget you
I remember you and will write but no internet connection
I sometimes go to the library bring my laptop and posting my Post there
hehehe

Thanks for joining us at Christmas Cards Challenges this week!
Monica - CCC DT