Our April theme at Sparkles Christmas is Candy Cane.

Now one of my goals for this year is to learn how to use Serif Craft Artist properly, and this is an attempt! 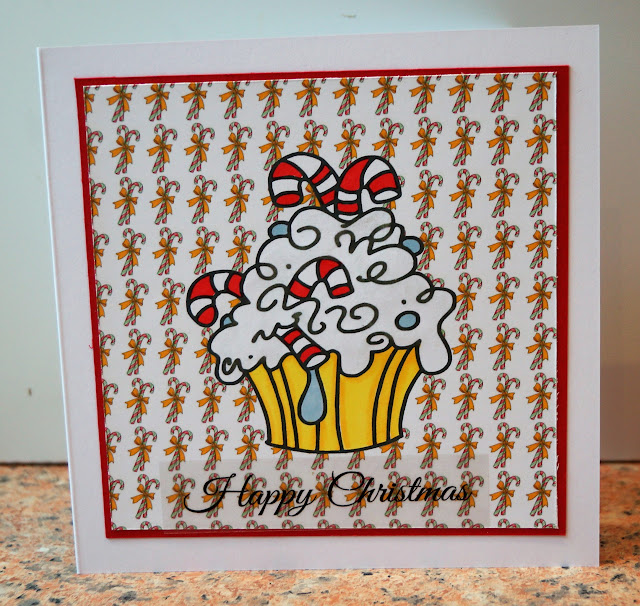 The image is called Cupcake Candy Canes -  from Bugaboo - and the background from the CD The Best of La Pashe 2014. I tried to put a frame around the image, but I couldn't seem get it right, so I added a red mat after cutting the image out and colouring the cupcake in. I used Promarkers for colouring and clear Wink of Stella for the icing.

It was only after finishing assembling the card that I realised I'd forgotten to add the sentiment I had planned while using Serif. Luckily I had a sheet of sentiments on clear matte plastic so I added one of those. I'm trying to make a few flat cards this year because I got such a shock at the cost of postage when I sent my Christmas cards this year, and if I can get to grips with Serif it will help a lot.

Now I'm off to try the frame again and add some text - I'll add the result here if it works.

Well, I didn't manage the frame, so it still had to be layered, but I added the text and some embellishments. 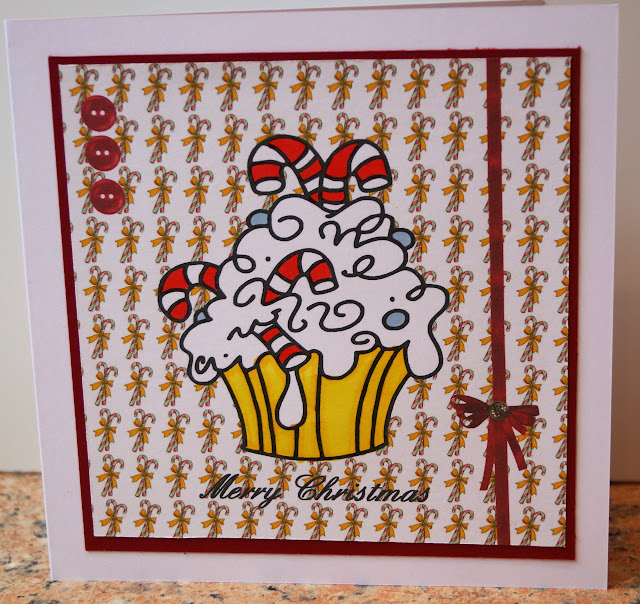 So I think I've conquered Craft Artist at last - but on the whole I reckon I'd have enjoyed making this a lot more if it had been done with traditional cutting and sticking and those were REAL buttons and ribbons. I think from now on I'll go back to using my software for resizing and flipping images, and do the actual card making with hands, scissors and glue!

Morning Jane, you are really quick off the mark and with a perfect card for this weeks Allsorts theme, many thanks for joining in.

Great design, fab image and perfectly matched background! Thanks for joining us at Fab N Funky this week.
Chris
x

Such a fun card. Thanks so much for joining our challenge at the Season's Greetings Challenge Blog.

Lovely Christmas card with a great image and super bp. Thanks for sharing at Fab'n'Funky this week.

Well, look at you go! Two super cute cards AND mastering digital cardmaking! It's so beyond me, but I also really like getting inky and handling all the fun bits! But anyway, these cards are cute and the matching backgrounds are fabulous! Thanks for playing with CHNCC2.

Thanks for joining us at allsorts x