I have very mixed feelings about the Viva la Divas CD-ROM from Joanna Sheen. Sometimes I decide to get rid of it, thinking the images on it are so big and inflexible that there's not much you can do with them except plonk them on the front of a card. And then an occasion comes along that one of the pictures on it is perfect for and it earns a reprieve.

This time, I decided to try to do something more than just plonking the image on the card - each sheet contains the main image twice, so why not cut out some of the elements of the second image too? And why not separate the image from the sentiment? By doing it this way, I was able to position the sentiment partway over the image, positioning one of the cut out parts of the image over it so that the lady wasn't obscured.

I think this is the "least uncreative" way I've used this CD, and it has satisfied me that it DOES deserve a place on my shelf rather than on the charity shop pile! 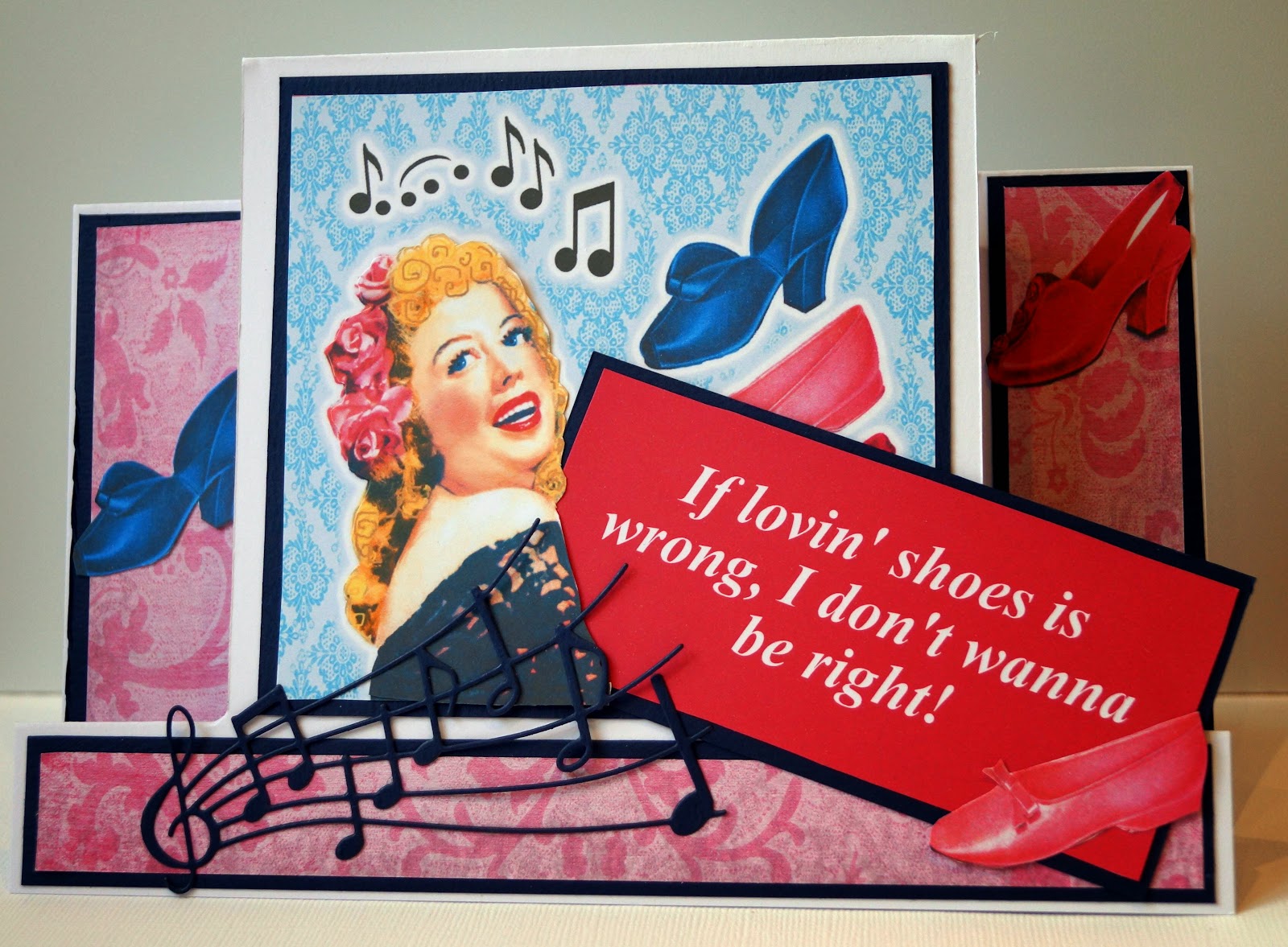 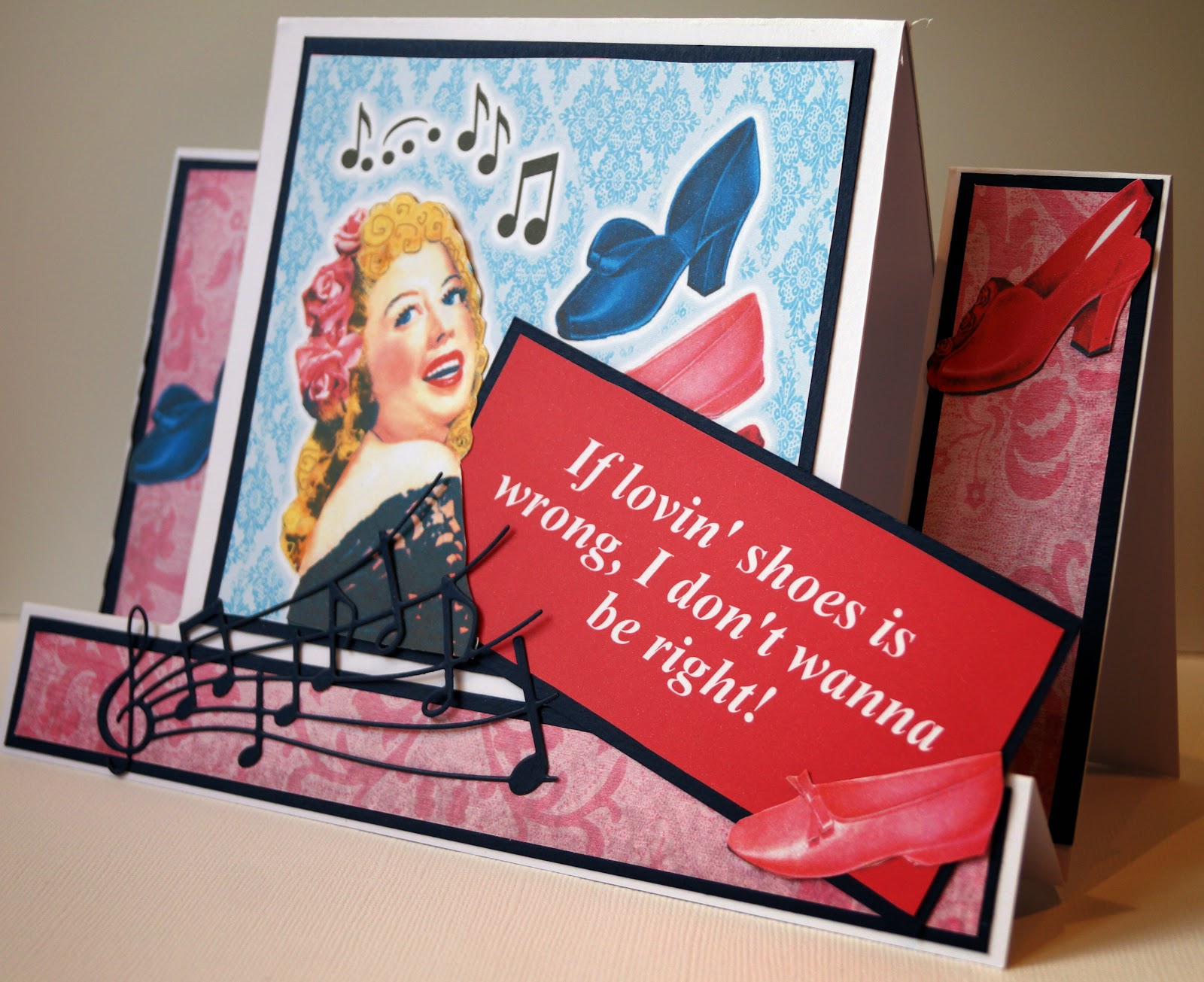 I'm joining in with Ooh La la Creations #176 - She's in Fashion.
and Suzy Bee's challenge - Add a sentiment
and a second visit to the current CD Sundays challenge - Sentiment
Posted by Jane Willis at 08:51

This is a brilliant card Jane, such a fun image and sentiment and I love your design.
Thank you for joining us at Ooh La La Creations.
Pauline
x

I have the same thoughts about this cd Jane - love how you've used it though - thanks for the inspiration and for sharing with us at OLLCB.
Lynn x

Such a fun card Jane! This cd also does not appeal to me but after seeing what you have done, I have changed my mind! Thanks for sharing with us at Ooh La La Creations. Michelle x

Hi Jane. I am with you about the CD - one of my most underused - but I love what you have managed to do with it to really show off the sentiment. Thanks for joining in.
Carol xx
CD Sunday DT

Another stunning card, love what you have done with this , just goes to show what can be achieved.
Thanks for joining us again Jane .
sue-b DT x

Great sentiment and I know at least one friend that this would fit the bill for lol! Thank you for sharing it with us at CD Sunday. Wynn DT

Good to see you've managed to use this cd, I do find it annoying when you buy something that just doesn't gel with you. You've made a great card and I know quite a few people who this would work for.
Thanks for sharing it with us at CD Sunday this time.
Jenny x
CD Sunday DT

Lovely I like how you have rearranged things - it works really well.
Jocelyn x
CD Sunday DT