I've really got the encaustic art bug back now! This time I decided to try combining it with stamping.

However in the years since I was doing encaustic art before (and it's longer than I thought - in the box where I store my bits for it, I found the receipt for the last waxes I bought - it's dated 1992!) I had forgotten that the white (used in the sky) and grey waxes are opaque and the stamping doesn't resist them to the same extent, so my city sky and street obscured part of the stamped image.

However with wax, all is not lost - my scraping tool, designed for making paths and spiders webs, is also good for removing unwanted wax, so I was able to scrape it away from the buildings.

All it needed was a bit of carefully chosen matting and layering to produce the finished card. 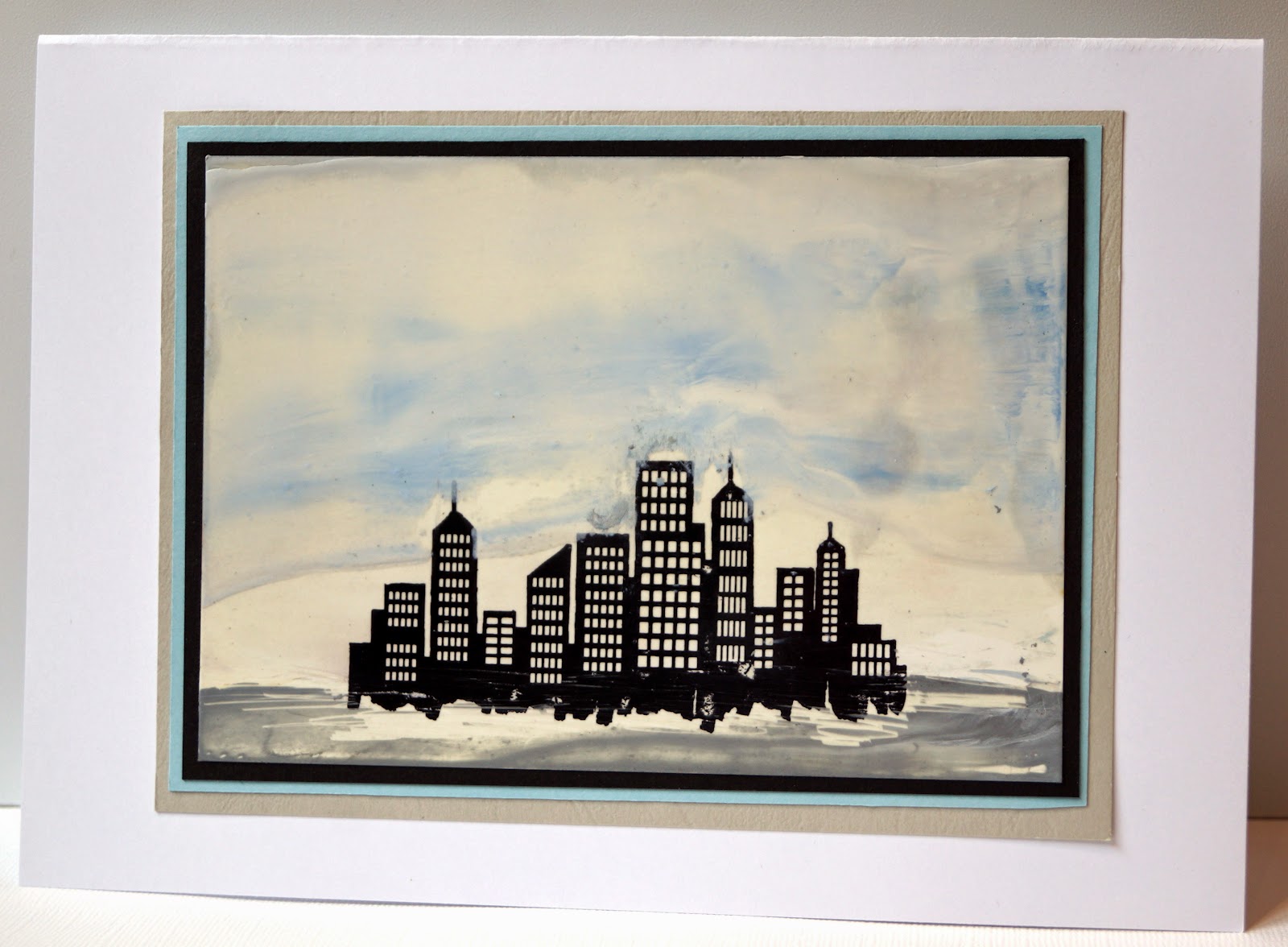 I'm sharing this with Make my Monday where the challenge is Building, Town or City.
Posted by Jane Willis at 13:30

Email ThisBlogThis!Share to TwitterShare to FacebookShare to Pinterest
Labels: Encaustic

How fabulous - encaustic art is not something you see often and how beautifully you have used it for this card. Thank you for joining us at Make My Monday. Marina DT