This stamp has lived in my stash for years, almost since I first started stamping, yet I hardly ever use it. Why? Because it has so much going on that it overpowers anything I use it with, and yet doesn't really seem to have enough about it to use alone on a CAS card. So, still in my "What if?" thinking mode, I thought "What if I combined it...... with itself?"

So, I stamped it in black then cut a square mask somewhat larger than the image and stamped it again around the edge, using the pink/purple end of a Kaleidacolor "Birth Stone" pad and masking each one as I went. That was supposed to be the finished card, but it had a rather "unfinished"  look to it - until I went around the central masked area with a black pen.

Now it looks as if the central panel is piled up on top of lots of layers below - and yet it is all one layer. Incidentally the base card is actually white - all that purple and pink ink seems to glow so much that it's caused the optical illusion of a pink background card! 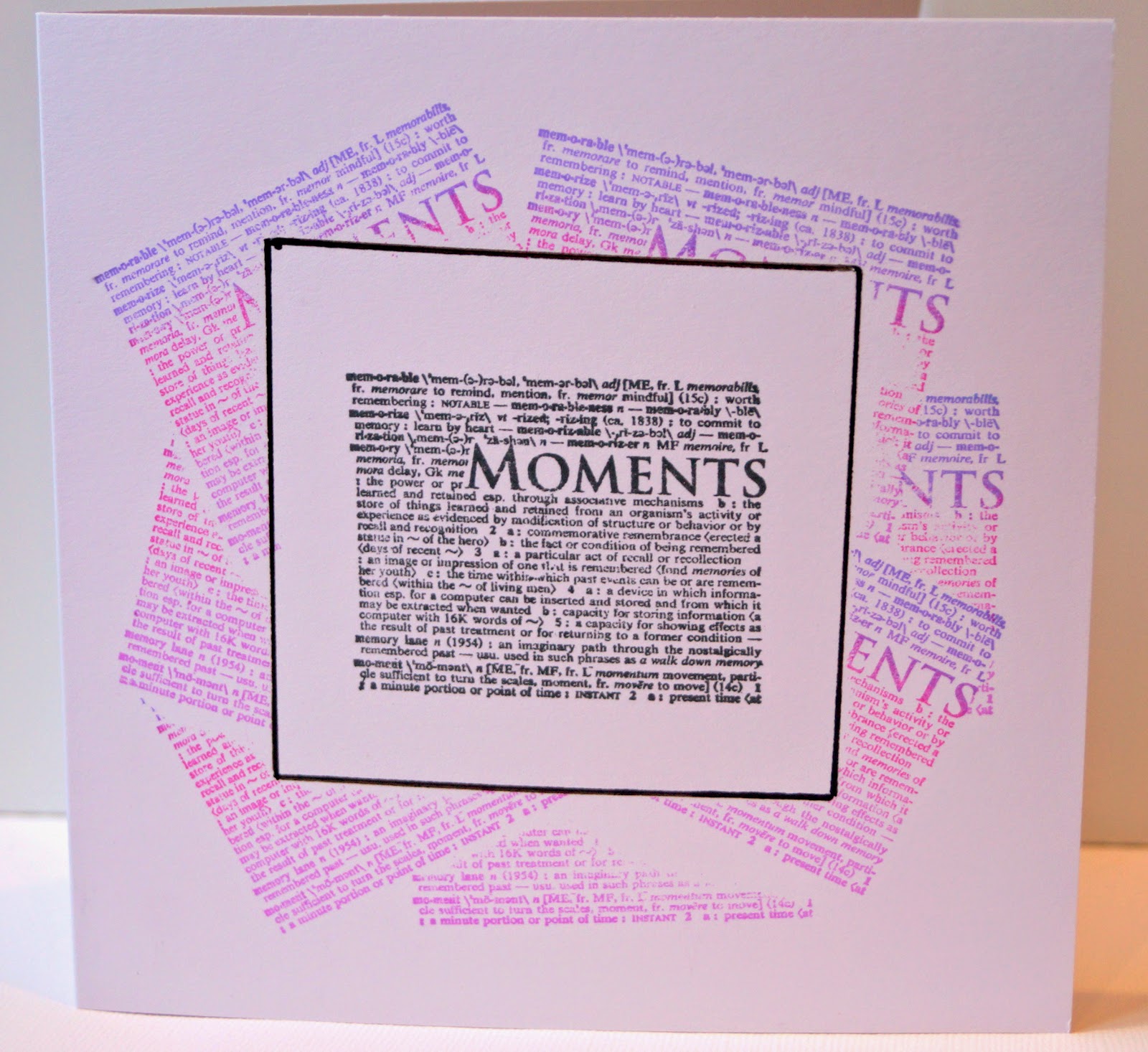 I'm joining in with:
Sweet Stampin Challenge Blog - All or nothing (one layer or many layers)  as this is one layer that looks like many!
One Layer Simplicity Challenge - Words, Words, Words

Very clever use of the stamp, the colours are very pretty, thank you for playing with Sweet Stampin'.

Extremely cool use of that stamp! I love how stacked everything looks...definitely looks layered! Love it!

Thanks for playing along with the OLS Challenge!