Yet more inspiration from the Make It show!

I *think* this will be the last post based on the things I saw and learned at the show - but you never know......

One of the workshops I attended was with the lovely Debbie Moore. It was called "Fancy Folds" so yes, I expected to be taught how to make different card folds - but I was amazed when we covered over a dozen different folds in half an hour! And not because of any rushing, it was all done at a relaxed, chatty pace. What made it so fast was that Debbie had simplified everything so that there was no measuring or careful scoring and cutting needed - I don't think there was a ruler or scoring board in the room! Armed just with scissors, a bone folder and our own hands, we produced a wonderful collection of templates which I know I will refer to over and over again. I believe she is bringing out a DVD of her card folding techniques soon, and I think it will be a worthwhile investment as it will save its cost many times over in templates, pre-scored card blanks and wasted card, not to mention time!

I got rather carried away and actually made TWO cards, and cutting, scoring and folding the base cards for BOTH of them took a total of around 5 minutes. 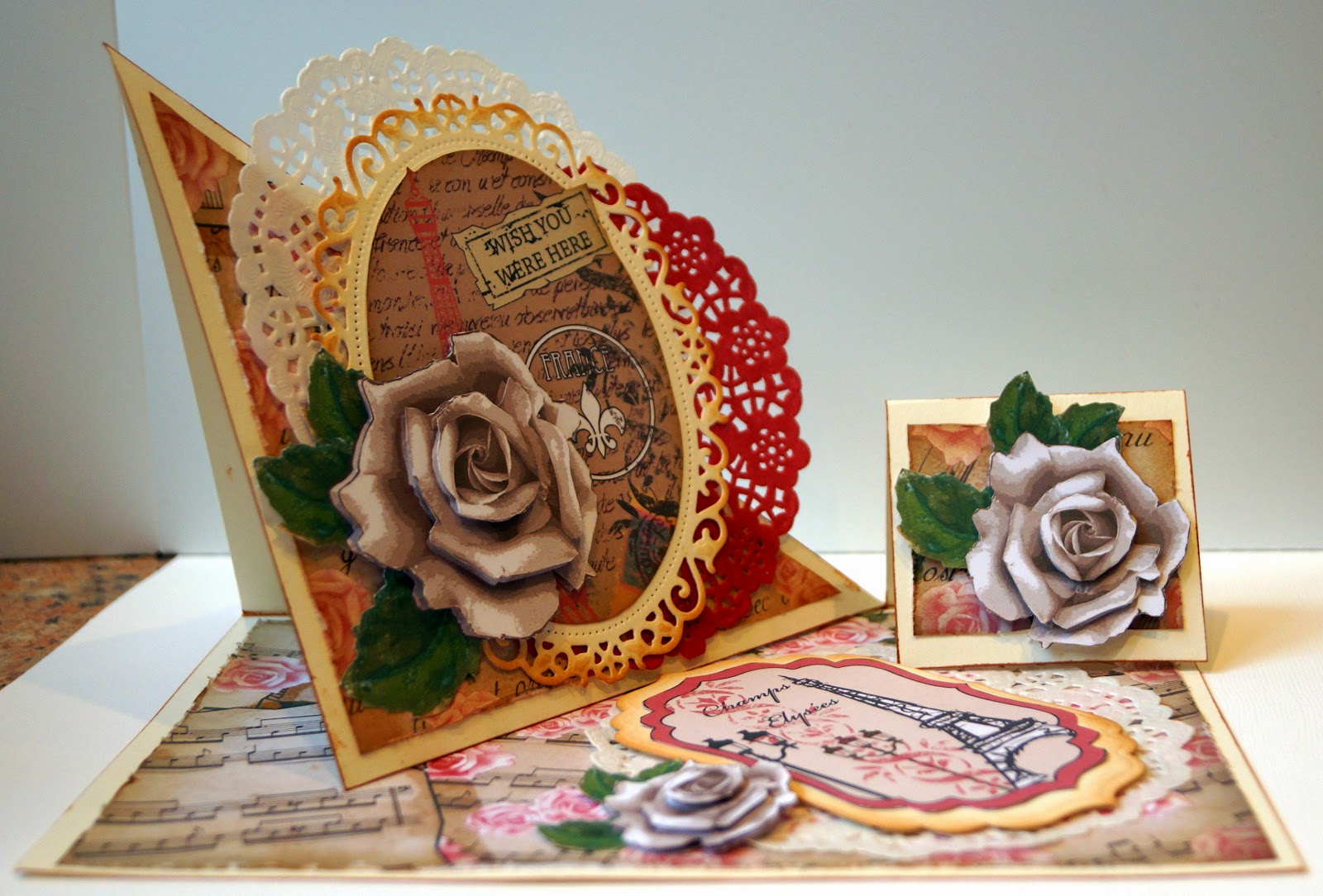 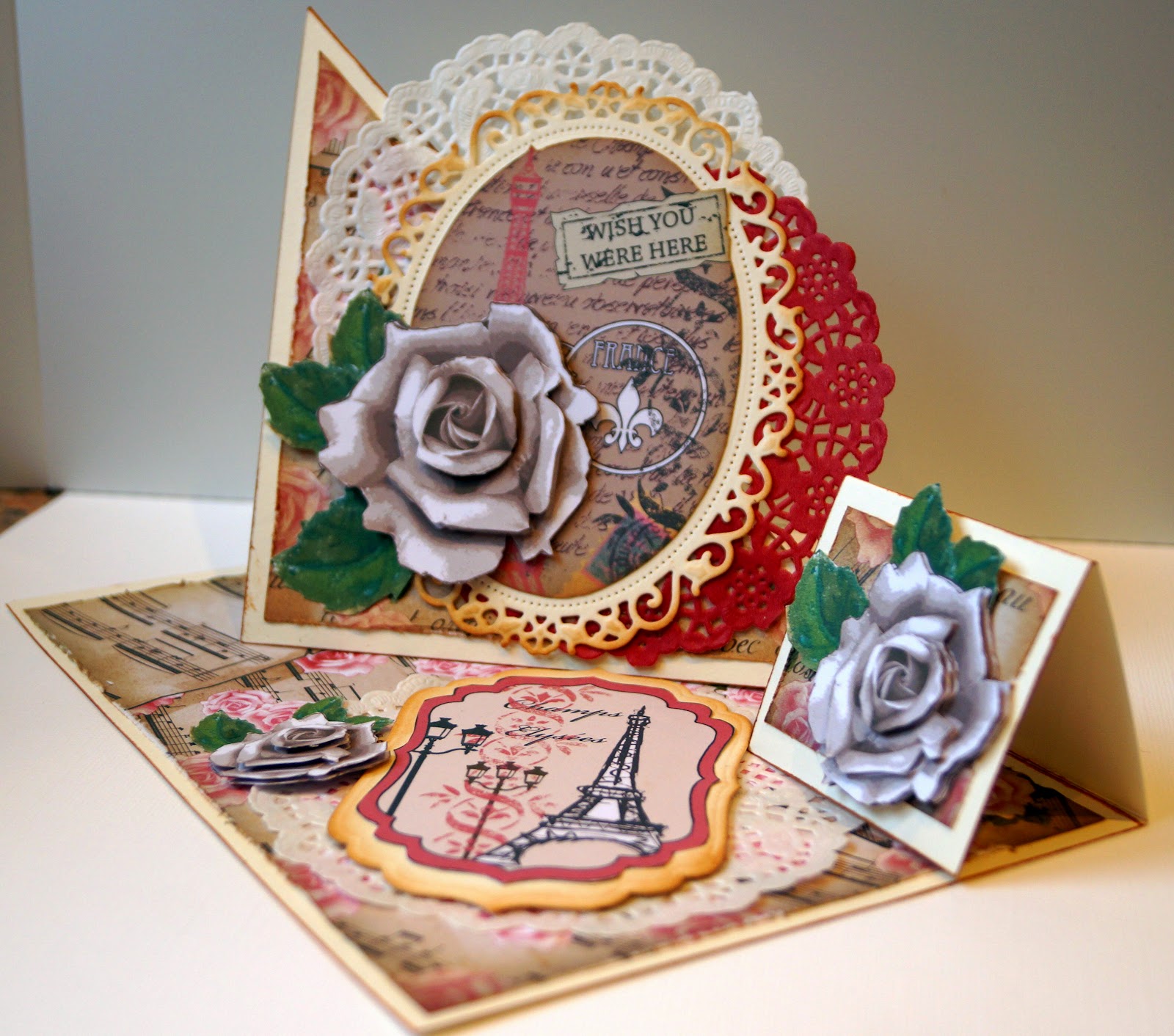 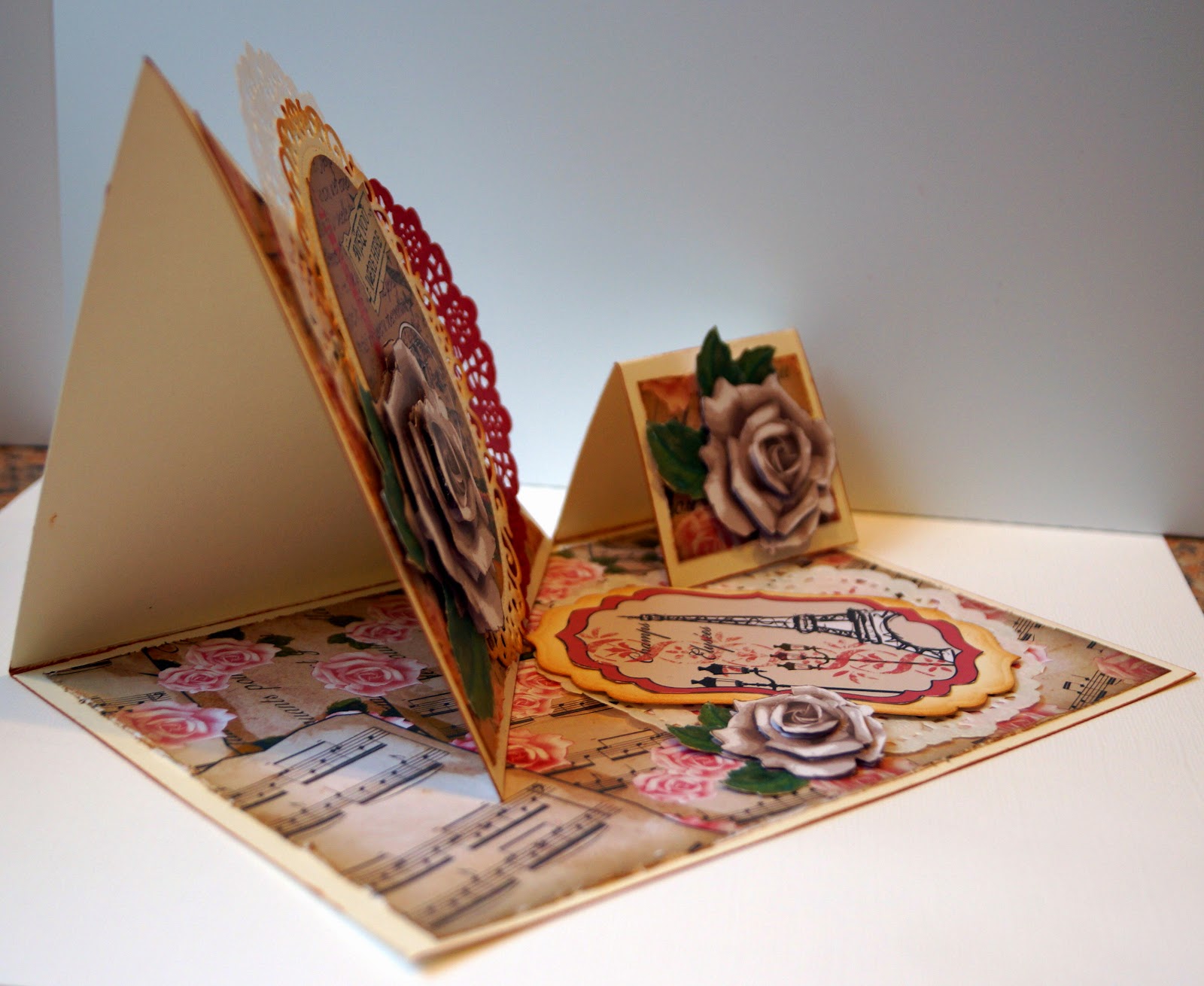 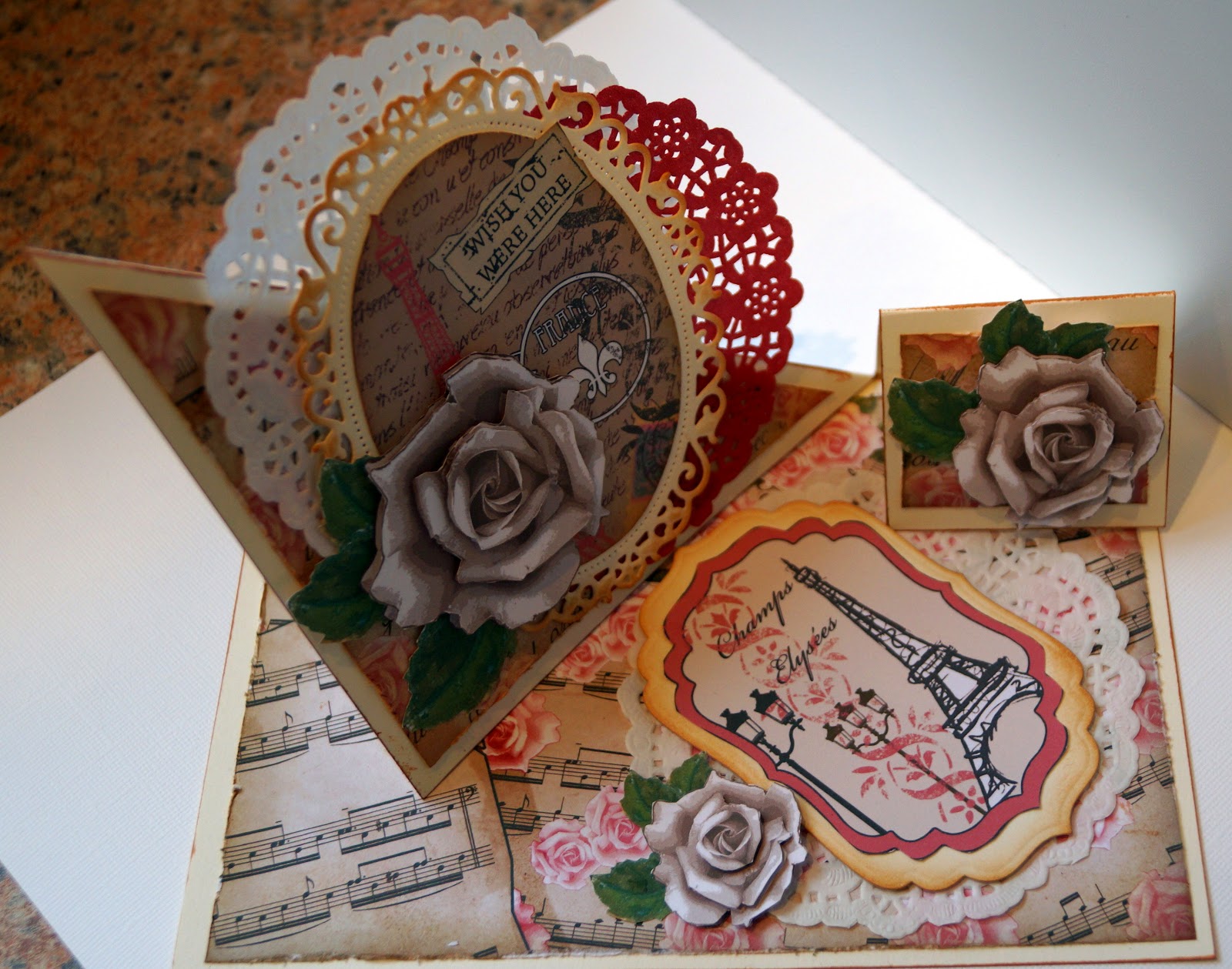 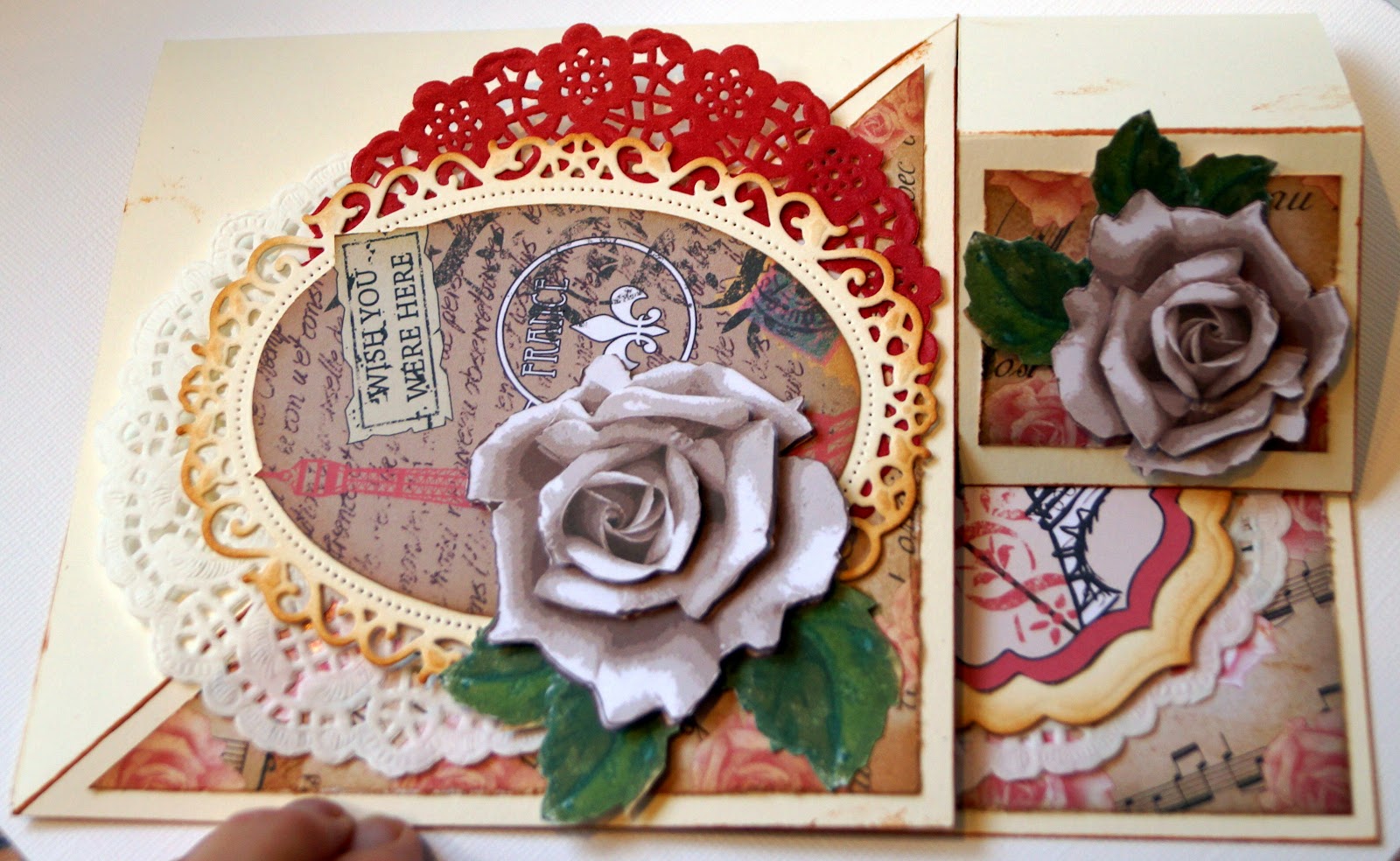 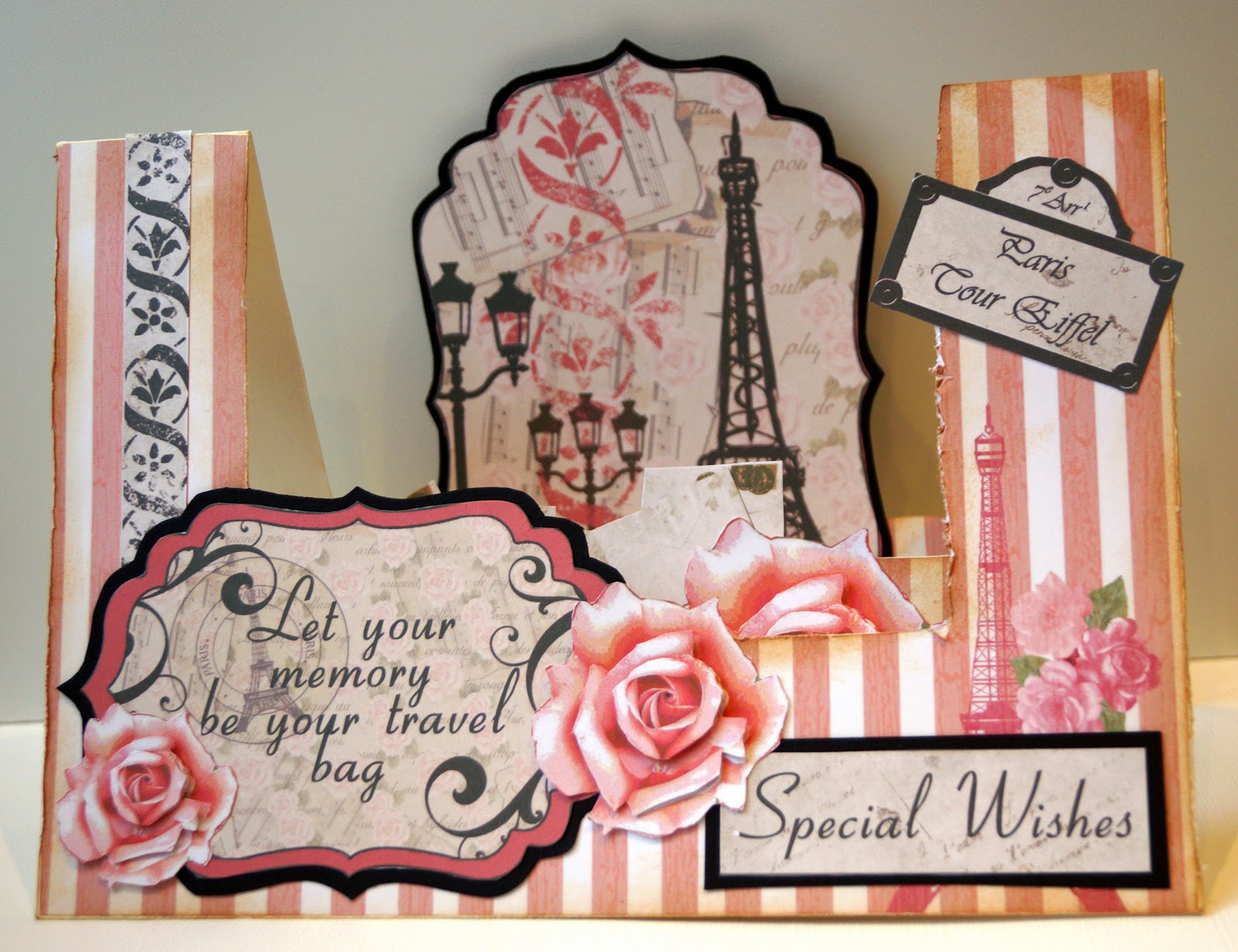 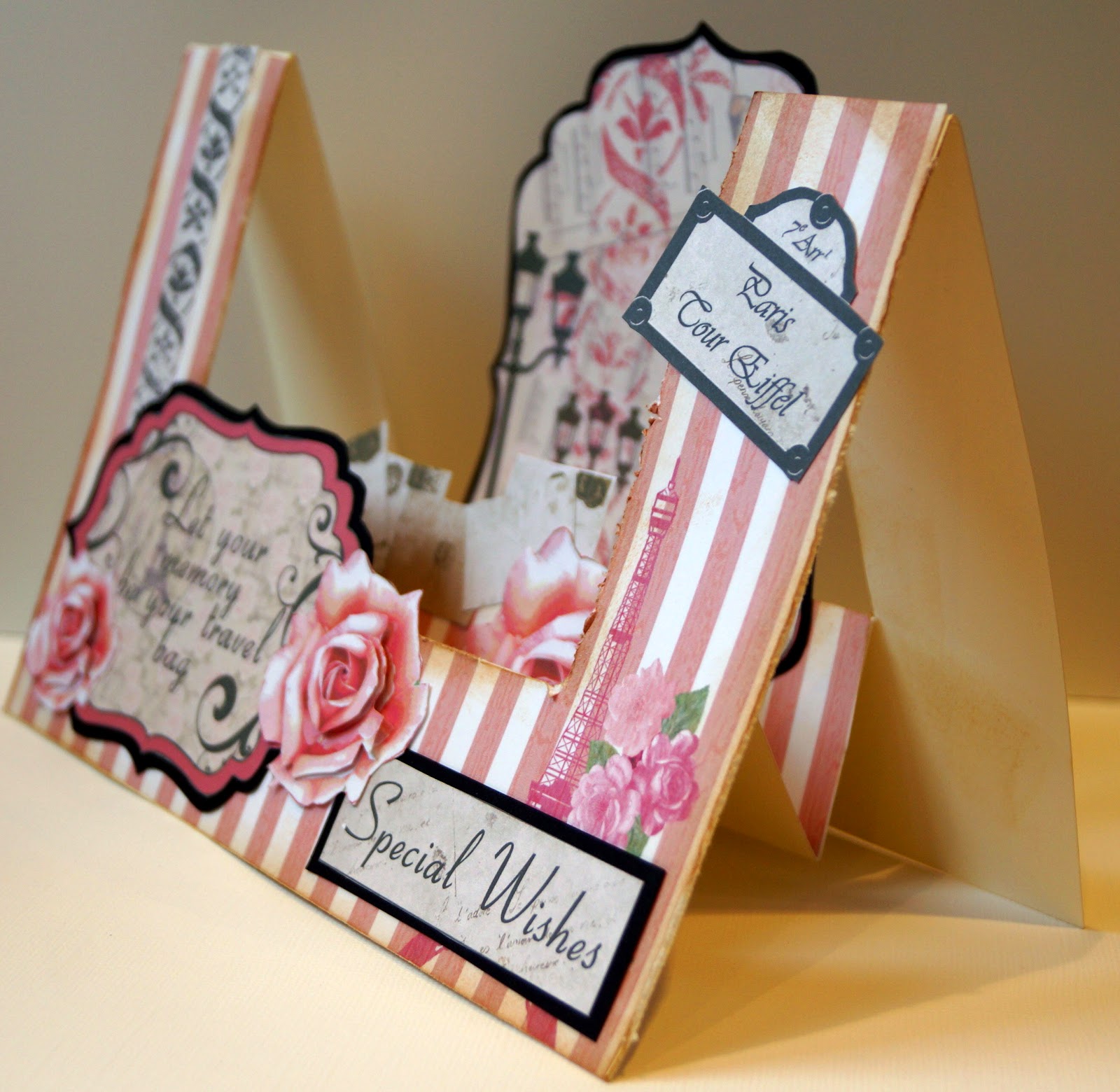 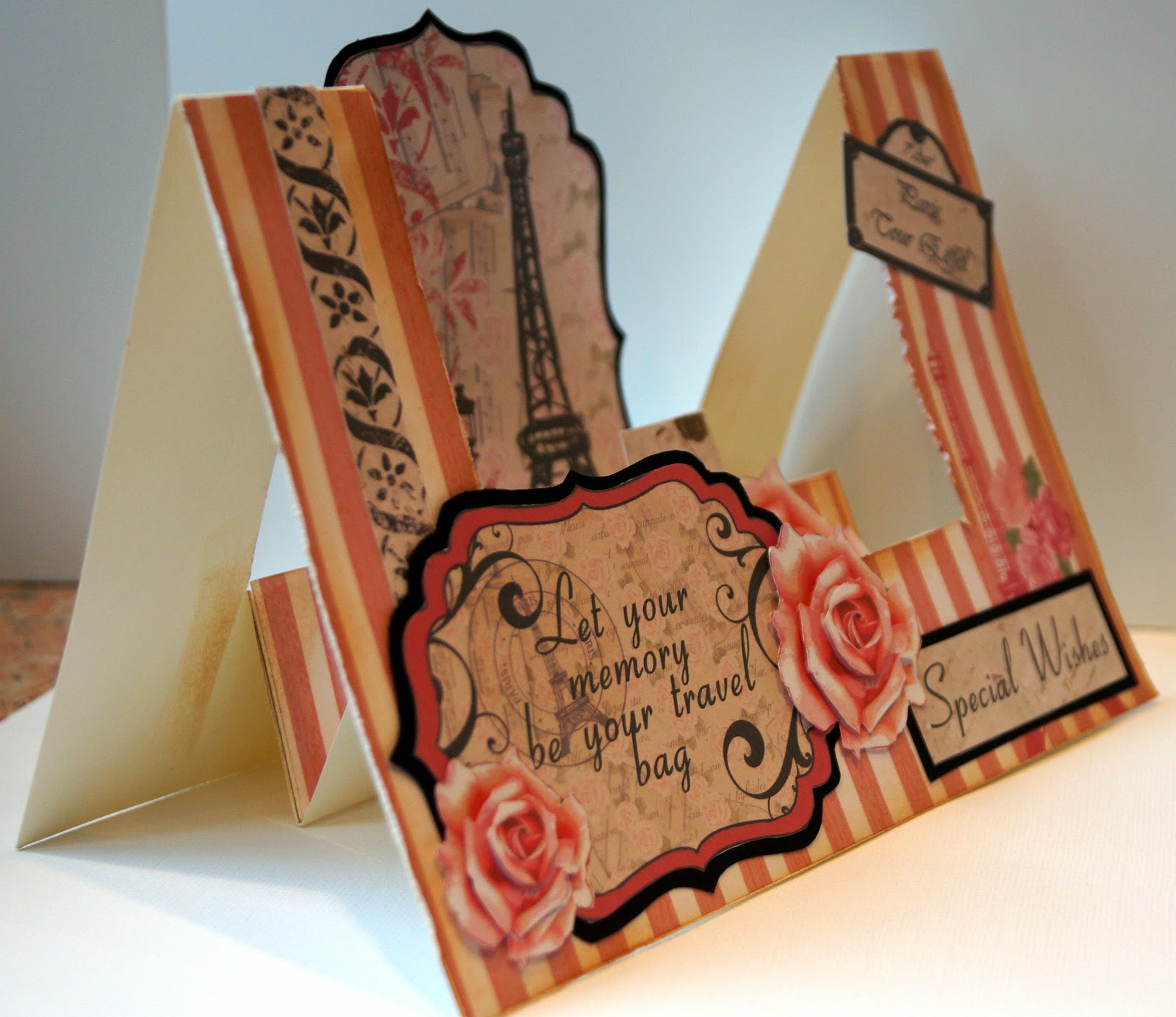 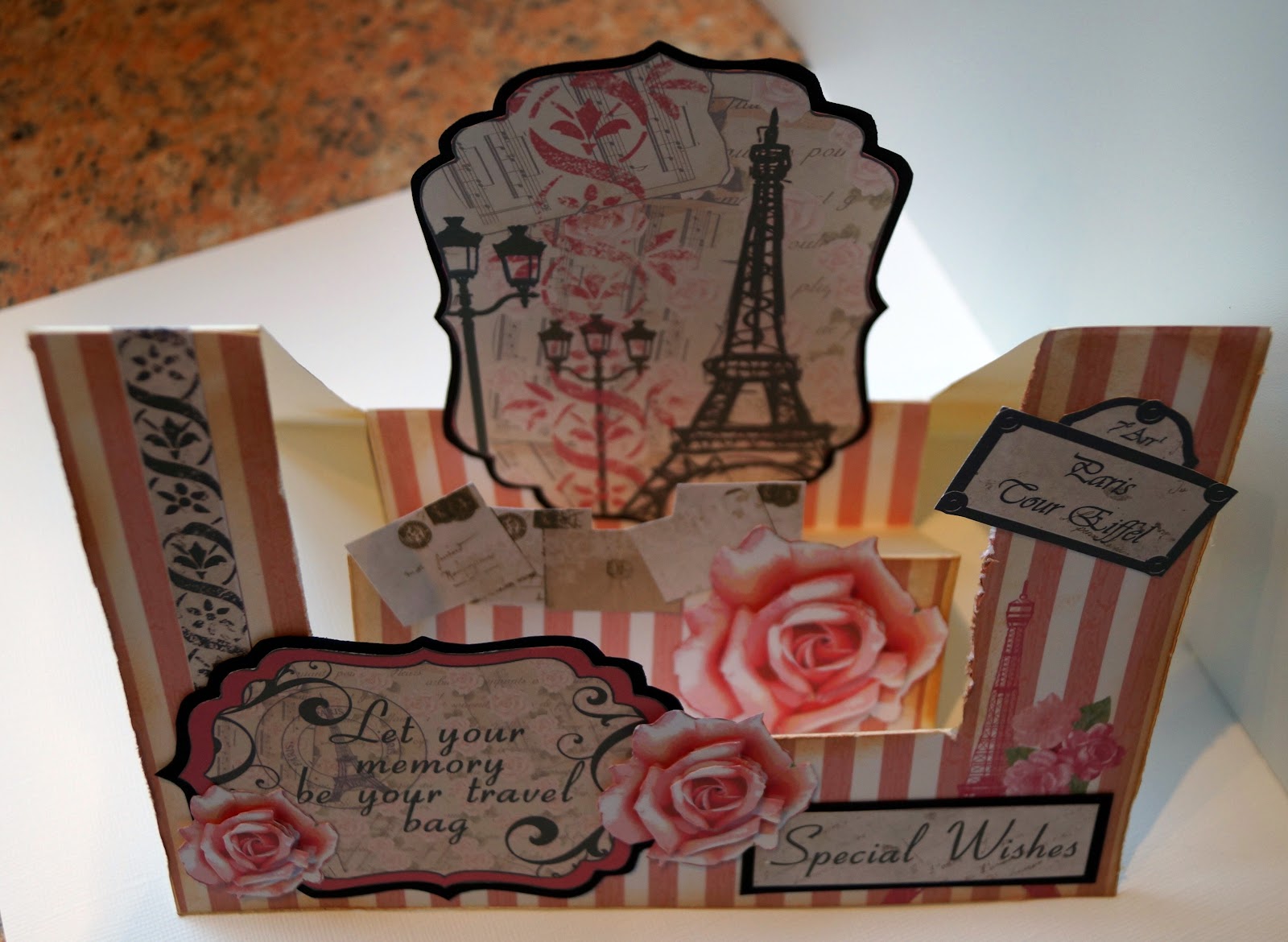 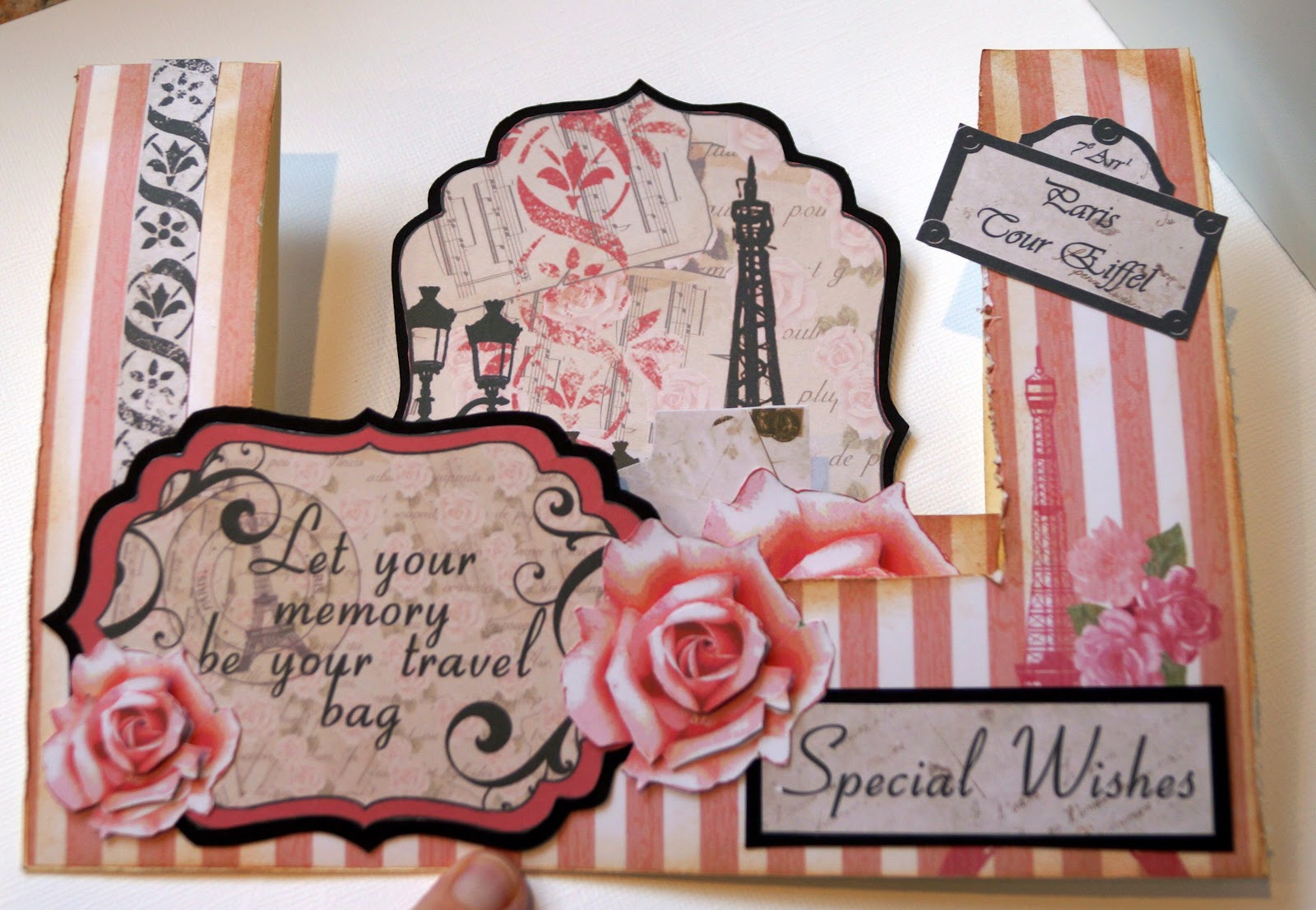 As well as CD Sundays, I am joining in with Lots of Folds at Ooh La La Creations.
Posted by Jane Willis at 09:25

Wow Jane you have been busy. Both cards are stunning. I love the easel fold tho and I know I'll be trying this one with my crafters. Thank you for sharing and all your piccies. Wynn DT CD Sunday x

All I can say Jane is Wow!. If Debbie Brings out such a CD I think I will be a purchaser. It sounds as though you had a great session with her. I was at the Make It Show - but purely to buy goodies. Wonderful cards and thank you.
Carol xx
CD Sunday DT.

Stunning Cards Jane! I love them both!
Hugs
Dawn xx

WOW Jane these took my breath away when I saw them, just beautiful.Thanks for sharing with us again at OLLCB too.
Lynn x

Perfect Jane, two stunning shabby chic cards and i can't believe just how quickly you created the folds, if Debbie does bring out a CD i will be investing.
Thank you for joining us at CD Sunday
sue-b x

Well you can see you were inspired by your class Jane. two super cards here. Thanks for sharing these with us at CD Sunday this time.
Jenny x
CD Sunday DT

Fabulous cards and folds - nice to see different shapes. Thank you for sharing with us.
Jocelyn x
CD Sunday DT

WOW Jane, you have been inspired with your workshop with Debbi, two gorgeous cards here. I love the easel style and I will be another who will be watching to see if she brings out a DVD. Thanks for joining us at CD Sunday this time.
Christine xx
CD Sunday DT