The cheeky little frog I've used on this card isn't meant to be a pond frog, he's supposed to be a jungle frog and he's from an old Woodware set of jungle creature stamps. But I thought he'd look cute leaping splashily out of a pond.

I drew the pond freehand and added Wink of Stella which as usual doesn't show up in the photos, to give a watery shimmer. I'd planned to sketch or stamp in grassy borders to the pond, but I thought it better to stop while the card was still looking CAS, rather than overclutter it. 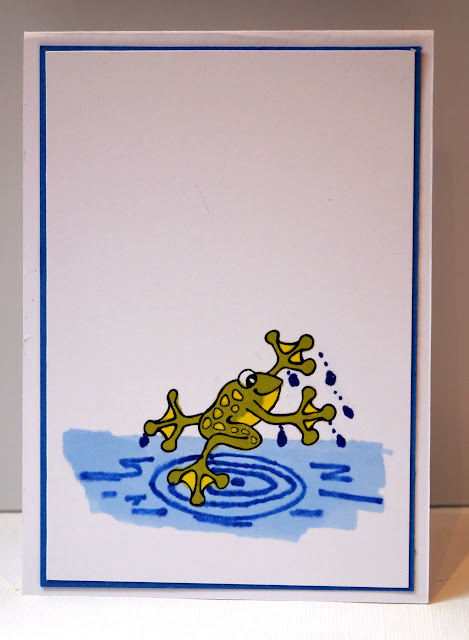 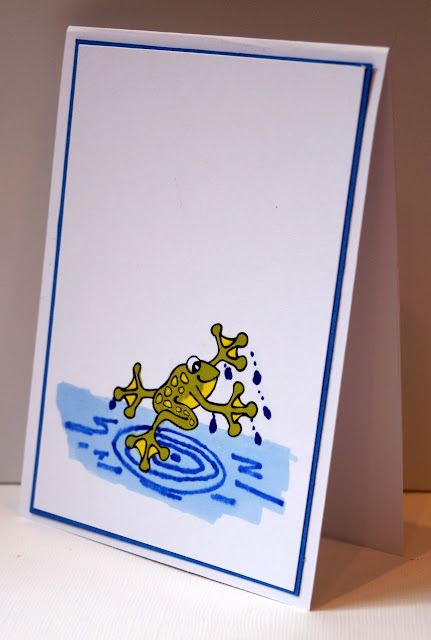 I am sharing this with
CAS on Sunday - Splash

I really like this Jane. What a cute little frog he is. Barbxx

What an adorable little frog! I love how you've created a simple scene turning him into a pond frog. xx

Such a cute little frog lovely card. Glad you joined us over at CAS on sunday.

What a beautiful card! Thank you for joining our challenge at CAS on Sunday!!