This card has a deliberate mistake in it - can you see what it is?

The British (I don't know whether it is international) road sign for a dedicated cycle way has the bicycle facing towards the left. However my bicycle die faces the right. I had originally planned to use the reverse of the die cut, to make the sign more accurate, but it really didn't look right, there were too many raw edges! So I decided to use a bit of artistic license and have a backwards way about bike.

The circles and bicycle were cut with my Grand Calibur - I think the bike die is a Marianne one. I ran a blue inkpad around the outer edge of the white circle, to make it show up against the background, and cut the "aluminium" pole from a scrap of matte silver card.

I think this would make a good card for a child who had passed their cycling proficiency test! 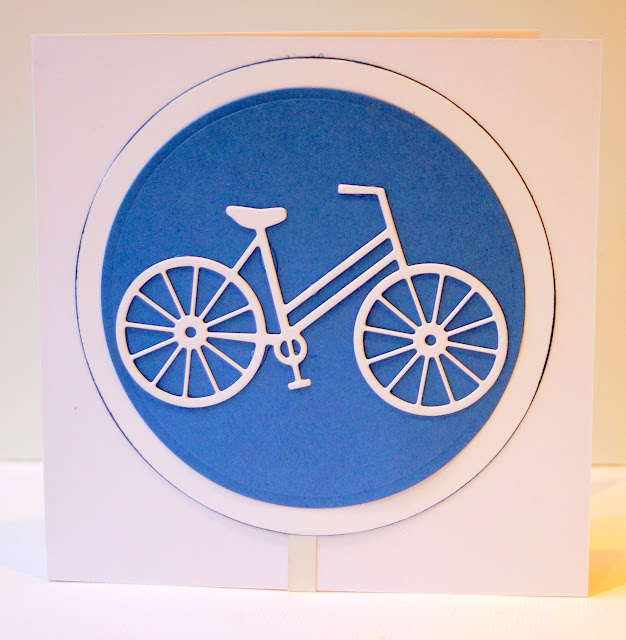 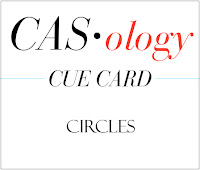 Yes, sometimes we do have to bend the rules!
Love this clever use of a circle in your design...Thanks for joining us at Casology!

Tee, hee Jane - trust you to spot that. I thought it was only me who did things like that :) Great card - and you could enter it into Cuttlebug Mania where the current challenge is 'wheels' of course!

Hey, the 'right' side of the die cut has to take precedence! Also, it would work here in Canada, where we drive on the right (I'm not even sure what our bike sign looks like, but it's probably logical to assume it would be the opposite of yours! lol!) Love that clean die cut and the simplicity of this! So glad you joined us at CASology this week!

I never would have known about the "mistake" but this turned out great and what a fabulous look for the wheels challenge! NJ!

Love how the wheels echoing the circles. Superb.