Here's the latest inspiration photo for the Tag You're It challenge 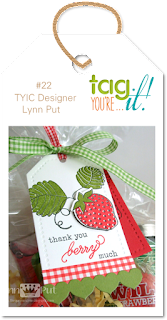 I've interpreted it using my lovely little set of Studio G pear stamps, adding a touch of gingham ribbon and some die cut heart shaped buttons, cut using a Tattered Lace die in my Grand Calibur (It's a bit of a faff using such a tiny die in the GC - I'm beginning to see the attraction of the new dinky little Sapphire machine!).

For the underneath tag, I had a scrap of green card that was embossed with a leaf design. I overstamped it with the smallest pear stamp from the set, using Versamark ink, and scored a bolder embossed line around the edges. 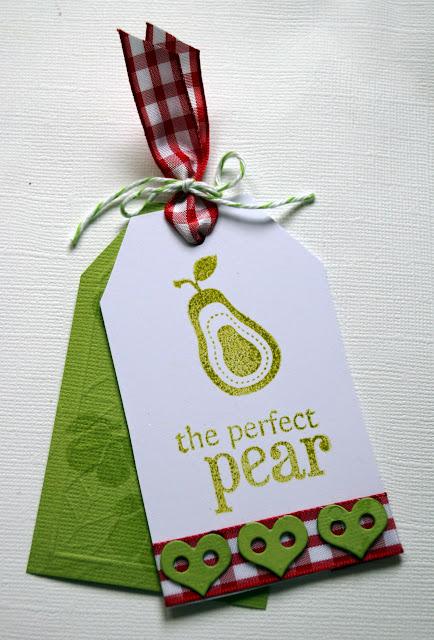 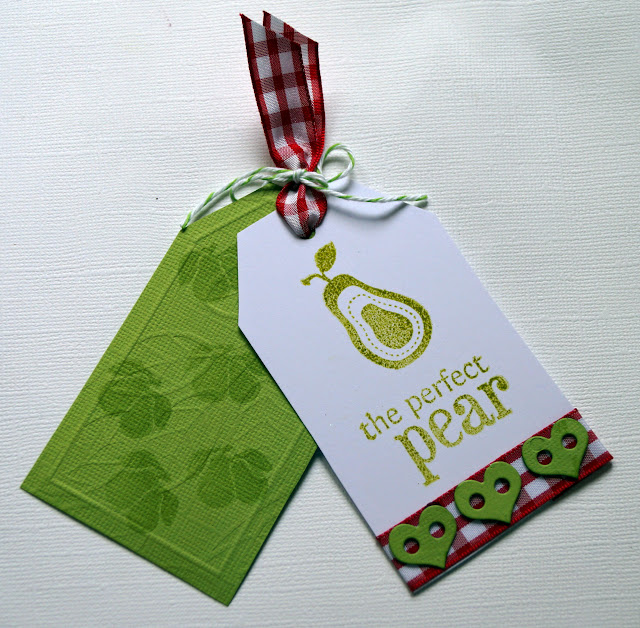 I'm also sharing this with Cuttlebug Mania where the challenge is Ribbon. For some reason every time I've tried to think about this challenge so far, my mind has gone to the same idea, which I tried and didn't work, and I've not been able to get beyond it, like an old fashioned record player with its needle stuck in the groove, but making this tag has given the rickety old record player a knock in the right direction!
And also a last-minute entry to That Craft Place, as the current challenge is Tags.
Posted by Jane Willis at 12:19

Oh my goodness, this is just pear-fect! Love the treatment on the tag underneath, as well as the top. Oh those sweet hearts on the ribbon. So country-licious!

Perfect love the embossing and all the details. Thanks for joining us over at tag you're it.