I absolutely love the Design House Meadow's edge and Water's Edge CDs, and this card is made with papers printed out from Water's Edge. I'm a big fan of dragonflies (I *may* just have mentioned that a few million times already?) and decided to incorporate both the large and the small dragonfly waterfall mechanisms into a single card, so made a trifold card with one on each of the outer two panels. 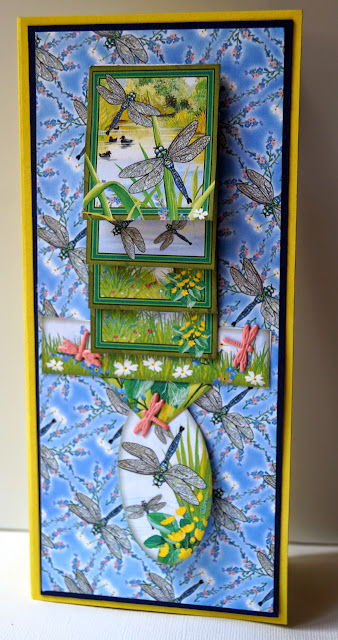 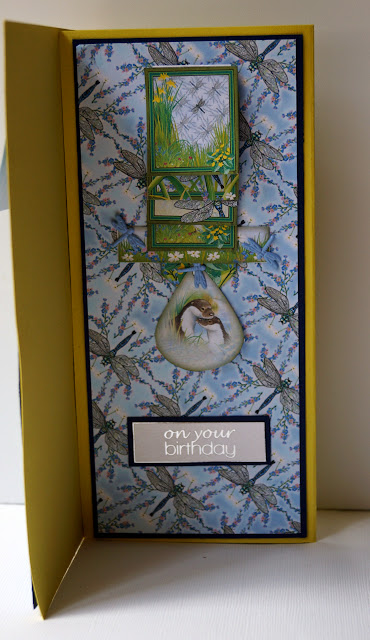 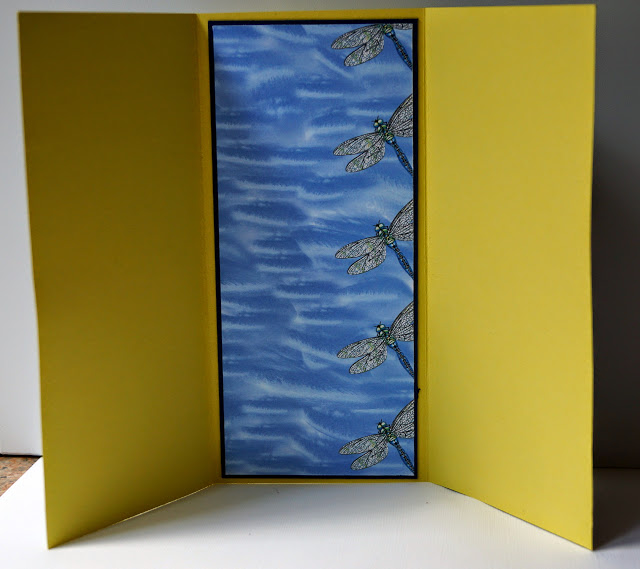 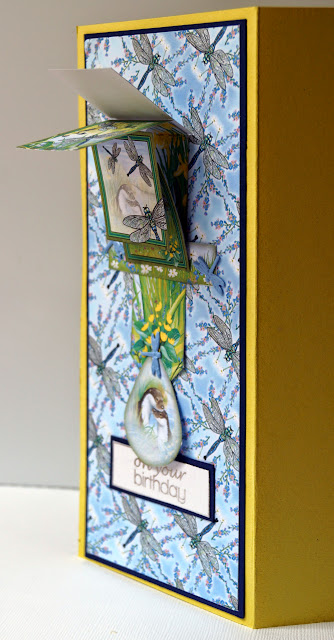 I'm sharing this with Make My Monday where the current challenge is Things With Wings.
Posted by Jane Willis at 14:19

wow, amazing card and so pretty!!! Thanks for joining us at Make My Monday!