When life gives you lemons.....

When I first started stamping, some time back in the stone age, the phrase "When life gives you lemons, make lemonade" was absolutely everywhere so of course I bought a  stamp that said it. At which point the phrase immediately went out of fashion, so I ended up only using the stamp once or twice.

However I was sorting out a box of old unmounted stamps and found this and a cute little citrus slice stamp that I don't think I've ever used, and thought together they would work well for the current Less is More challenge which is to use two colours from opposite sides of the Colour Wheel. The yellow of lemons with a pop of purple - yes, why not?

But hmm....... just stamped across the middle of a white card that would be pretty dull, wouldn't it? OK so how about combining it with this week's CASology theme which is SHAPE? Ever since seeing some parallelogram border dies for going diagonally across a card, I've been planning to have a fiddle around with using a parallelogram diagonally on a card, and the wording was just the right length to make the shape fit naturally on to a square card. And of course the stylised lemon slices are a semicircle too, so that's TWO shapes.

So here we have "When life gives you lemons, make lemonade" brought screaming and kicking into the 21st century! Oh, and the matting really is the same shade of purple as the stamping - I think the photo is suffering from "Taken in natural light during a thunderstorm"-itis. 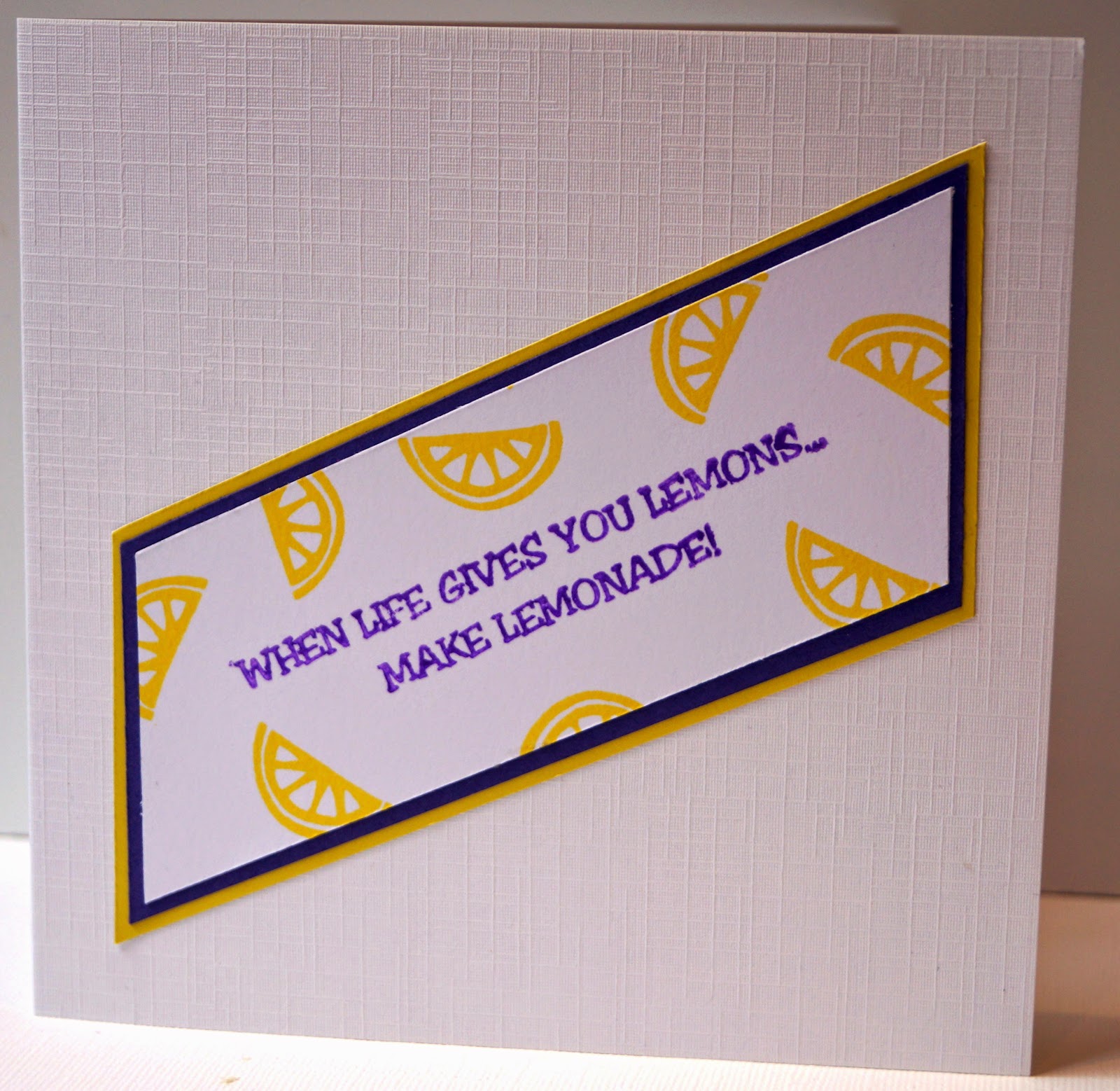 Super CAS, super fun and a great take on the challenge Jane.
Love your colour choice and thanks for playing along
Sarah
Less is More

Such a fun card. Love your diagonal parallelogram! Karen x

Lovely bright stamped panel, and great on a textured card base too.
Thanks for sharing with us.
Anita x
Less is More GD

Love the diagonal panel! It gives a cool graphic feel to your fabulous card! Thanks for playing along with CASology this week!

Oh, what a fun shape for the panel...and I might be out-of-date but I still use that phrase every once in a while! ;) Thanks for joining us this week at CASology!