We're already well into October and before we know it, November will be here - and that means Bonfire Night on November 5th. Properly known as Guy Fawkes Night, it commemorates an attempt to burn down the British Houses of Parliament, so it is essentially a British celebration, but  it is beginning to spread all over the world because we all love a good firework party - and while most of us would never condone destroying our governments in real life, I suspect most of us have a little voice at the backs of our heads saying "If only....."!

The lovely people at Primula Cheese sent me some samples to create some Autumn themed snacks, and I've used them to make a selection of simple snacks suitable to serve at a bonfire party. I've not given any exact quantities because I don't know how many people you've invited to your party - and with Primula, you can squeeze out exactly the amount of cheese you need! 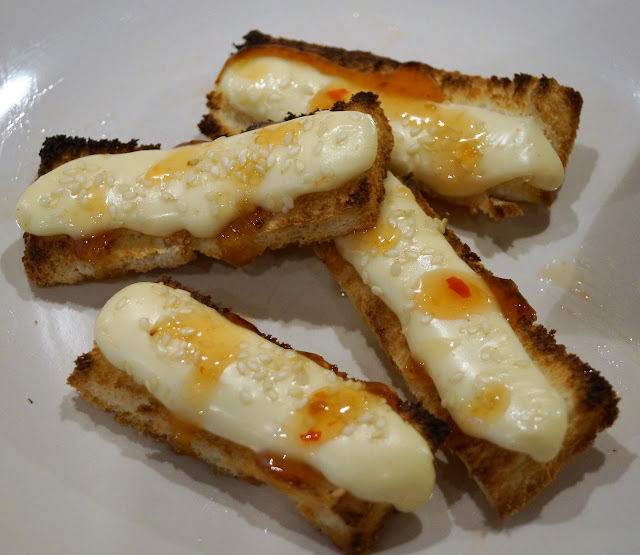 Cut bread into fingers about 2cm x 7 cm. Toast one side under the grill. Turn the toasts over and use a tube of Primula Cheese With Prawns to pipe a line of cheese along the untoasted side of each and then sprinkle each one with a few sesame seeds. Return to the grill and toast until the edges are toasted and the cheese starts to melt. Drizzle with sweet chilli sauce and serve hot or cold. 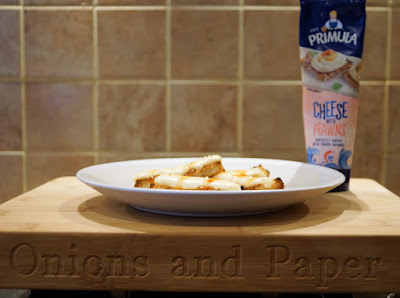 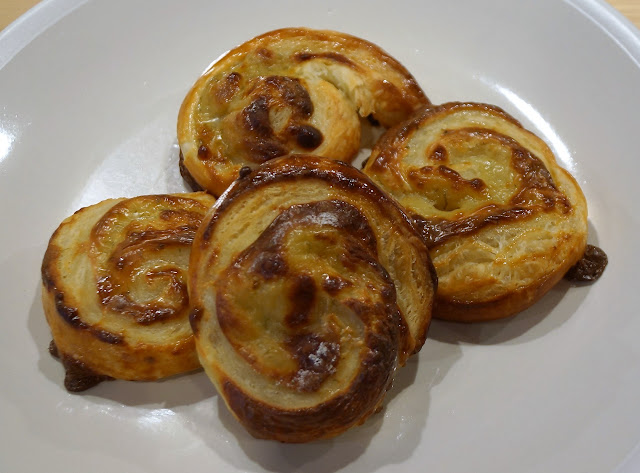 Pre-heat your oven to 220C, 200 fan, gas mark 7 and line a baking tray with non-stick parchment. Take a piece of ready-rolled puff pasty ( to work out how much you need, half a sheet and half a tube of Primula will make about 12) and spread it all over with Primula Cheese With Chives. Roll it up into a "swiss roll", sealing the final edge with beaten egg. Cut into 1cm slices and brush the outsides with beaten egg - only the flat sides, not he cut edges, or the pastry will get sealed and not puff up. Place on the backing sheet and cook in the pre-heated oven for around 15-20 minutes until risen and golden. Serve warm or cold. 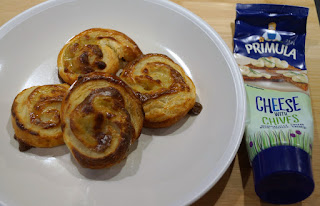 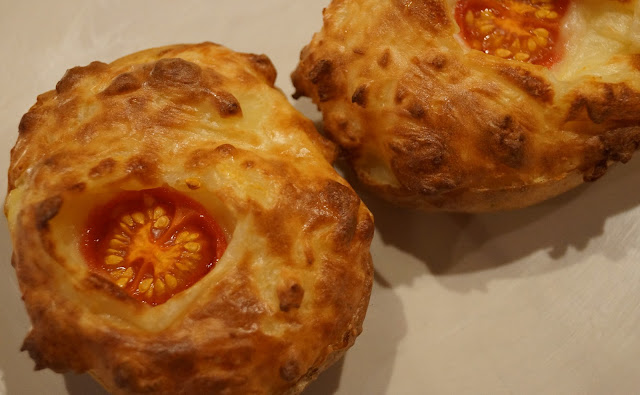 For these I have used very small potatoes to make snack sized portions, but you can make them larger to use as a post-firework meal if you prefer. Pre-cook your potatoes, in the oven, the microwave or even in the ashes of the bonfire, allow to cool slightly and then halve them and scoop out the flesh into a bowl, leaving the potato shells intact. Mix in Primula Cheese With Ham, allowing about half as much cheese as the amount of potato you have. Mash together well and then spoon back into the potato shells. Decorate the top of each with a slice of tomato (or a halved cherry tomato for snack sized ones).
To serve, place the halves on a baking tray and cook in a hot oven for 10-15 minutes until golden on top and heated through. If you have used large potatoes and are cooking them from cold, they will take rather longer - up to 30 minutes depending on the size. 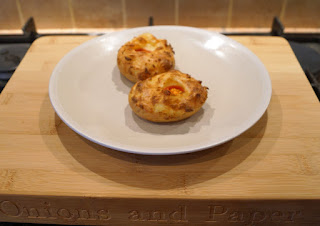 Note- I was dent the Primula to try but all the ideas and other ingredients are my own. 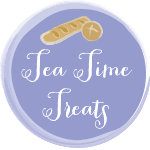 I am sharing this with Tea Time treats, hosted this month by Jo's Kitchen  and run by Jo's Kitchen, Lavender and Lovage and Travels For Taste
Posted by Jane Willis at 10:40

Email ThisBlogThis!Share to TwitterShare to FacebookShare to Pinterest
Labels: #TeaTimeTreats

Hi Jane, Cheese is just about my favourite thing closely followed by chocolate. I just had to comment on the photos. Everything looks absolutely delicious but I just couldn't let myself read the recipes!!! Barbxx

The toast sticks with melted cheese look so tempting. The catherine wheels are delicious too.

These look delicious. Thank you for entering #TeaTimeTreats!