I've been digging around in my "Christmas Bits Box" and found the numbers 2 and 5, die cut from strong plastic. They were part of a festive card making goody bag years ago, and I've never quite worked out what they were intended for. However I thought they looked pretty useful as stencils, if only I could hold them firmly in place.

Aha! A brainwave! I popped a repositionable adhesive cartridge into my trusty old Xyron and hey presto - they now stay securely in place yet can be lifted off without leaving a trace. My Xyron often comes under threat of disposal, as I seldom use it, finding the cartridges expensive and hard-to-find,  then it works a bit of magic for me and it's reprieved once more.

With such HUGE numbers, there wasn't going to be much room for anything else, even on a large A5 card. So I decided to make the most of that fact and create a very clean and simple Christmas card. On a panel slightly smaller than the card, I positioned the stencils then sponged over them randomly with Crushed Olive and Forest Moss distress inks. They lifted off cleanly to give a very striking result. All that was needed then was to edge the panel and stamp the greeting with more Forest Moss. 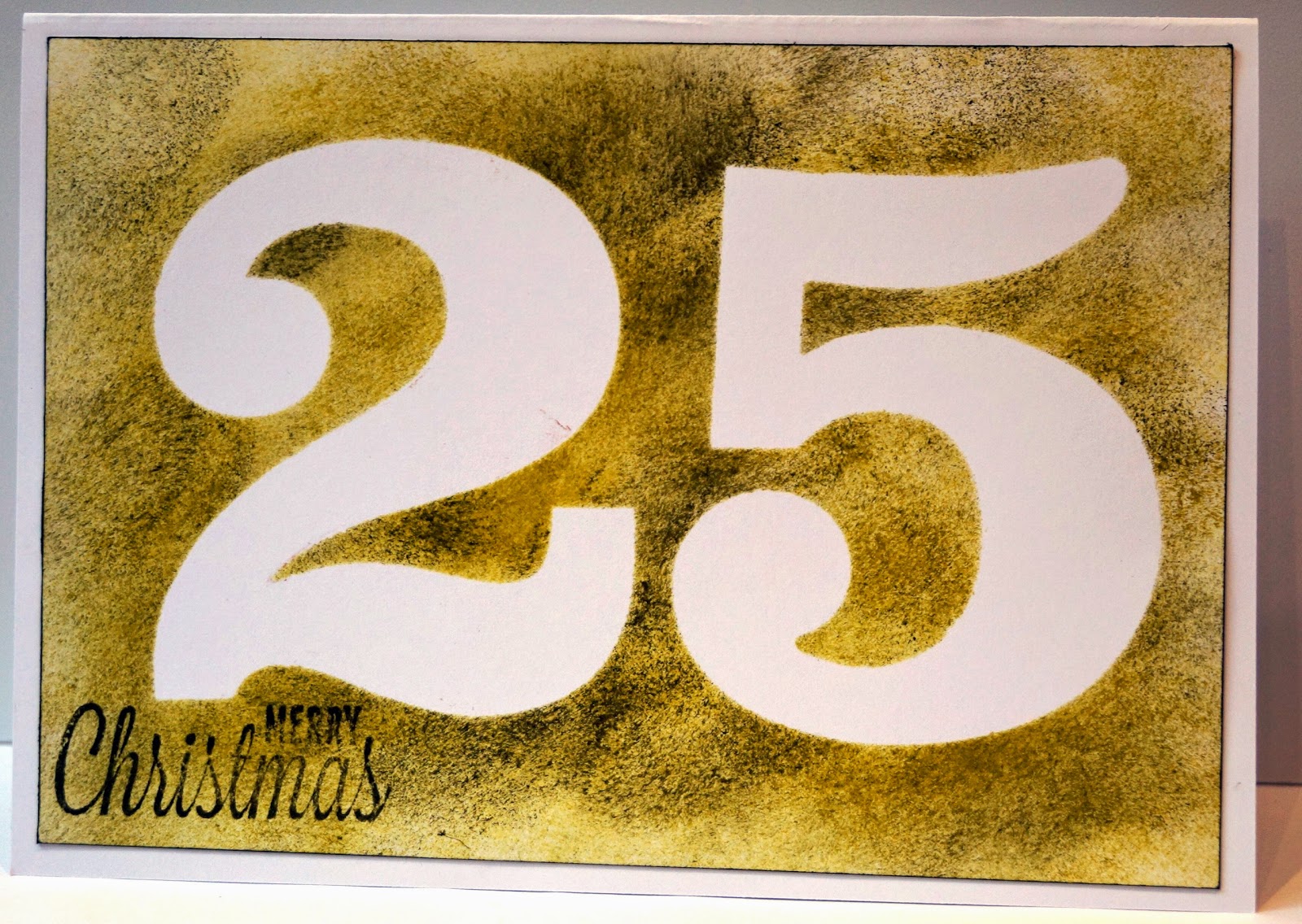 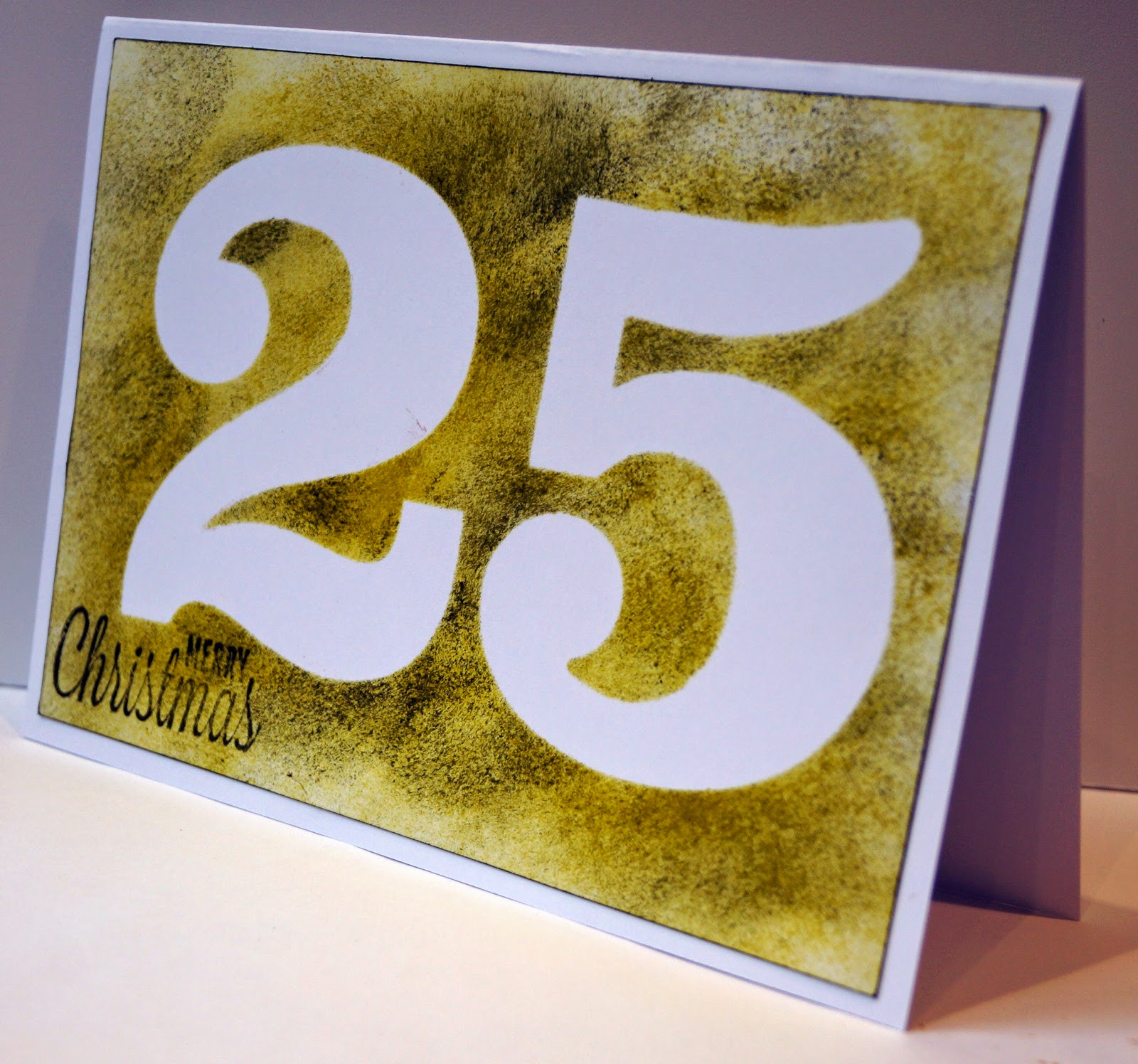 or perfect for my next birthday...

Pretty card, love how you created the 25

Love the bold design of this card Jane - fab sponged background too. Thanks for joining in this week at MMM - Jacqueline xx

Fabulous :) Love the big and bold stenciled numbers. Thank you for sharing with ATCAS!

Thank you for joining us at MMM with a big bold number :-)
Suzi B x

AWESOME stencil! Thanks for joining in at ATCAS!