This week's Cardz 4 Guyz challenge is "Winter Critters" - and as always, the card needs to be suitable for a male.

Now I'm very averse to penguins on Christmas cards - after all, we all know that Santa Claus lives at the North Pole. But penguins live at the SOUTH Pole, where Christmas falls in what passes for summer! But I'll use the occasional penguin on a Christmas card, just as long as there isn't a polar bear on the same card! I see so many cards in the shops with both penguins and polar bears on them, and the only place the two can ever meet is in a zoo!

Anyway, rant over! The penguin on this card is a Craftwork Cards topper, one of the last toppers from a kit I bought a few years ago. As he is skiing, I decided to make a diagonal band on the card to give him something to ski down. I drew lines on to the paper to make sure I cut in exactly the right place to get the diagonal band to sit properly on the card. But I drew the lines on to the back of the paper, so they wouldn't show - and of course that meant when I turned it over, the angles were all exactly wrong and I now have a spare band that will only fit a portrait-oriented card, so you'll probably be seeing another diagonal band around here very soon.

The Merry Christmas paper on the band is from a bit that's been in my "Christmassy bits box" for so long I can't remember where I  got it from, and the snowy forest backing paper is the remains of a sheet I printed out from a CD several years ago - I think it was a Polkadoodles CD which I made the mistake of lending to somebody and never saw again.

I wouldn't usually add glitter and gems to a male card - but it's Christmas!!! And anyway, that penguin has such a sad face he needs some shiny things to cheer him up. 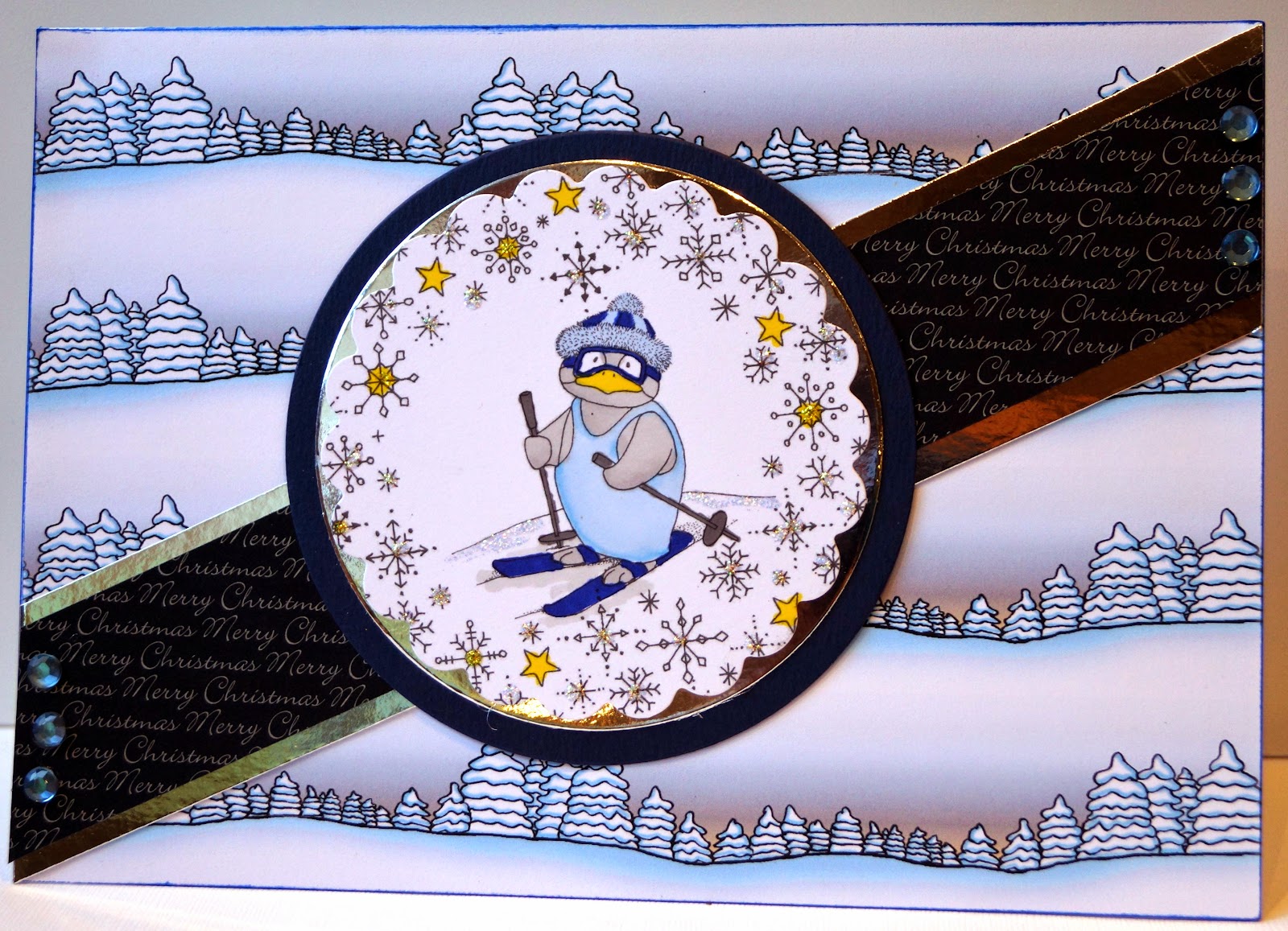 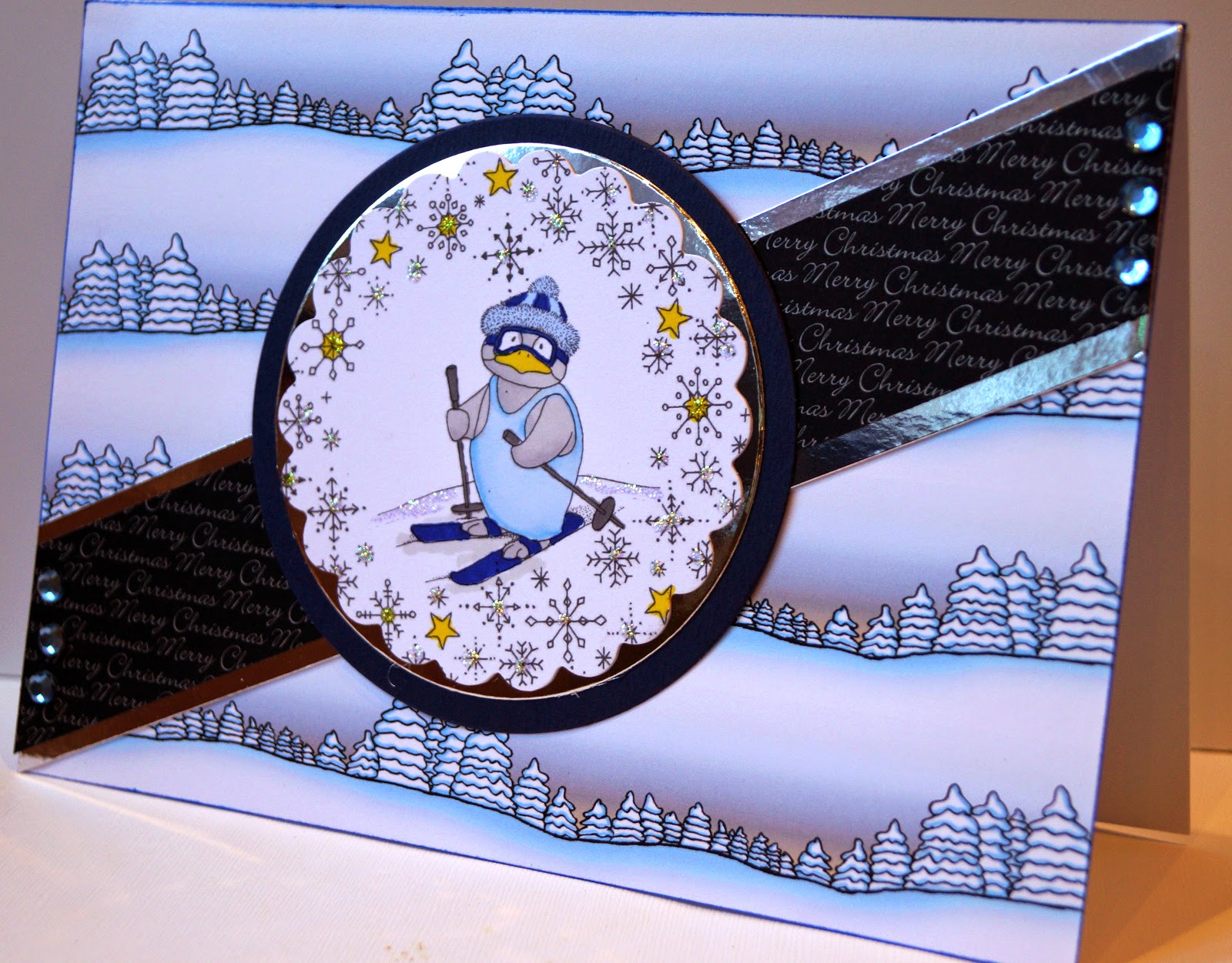 After my North/South pole rant, I really MUST share this at Winter Wonderland, where this week's challenge is North or South Pole
And as everything but the mirri card came out of my Christmas scraps box, I'm playing at the Snippets Playground
I'm also joining in with Animal Magic at Allsorts Challenge blog
Posted by Jane Willis at 09:00

Love your background DP and the puzzled penguin! :)

Thanks for joining my theme week at allsorts Tracy x

Great card Jane! Got the giggles at the expression on his face :)

Sorry I'm a bit late calling by, not supposed to be peering at laptop really but wanted to just check that the Playground hasn't been overrun by naughty elves!!