I wonder if we'll get any April showers this year? Here in the UK, the climate seems to be all topsy turvy, with a snowless, rainy winter that brought weeks of flooding and now heavy pollution and Sahara dust. While I was out shopping with my husband this morning, the taste of the polluted air was so bad that I said to him, "Let's hurry up and get indoors out of the fresh air!"

Anyway, March winds and April showers bring forth May flowers, apparently, and this card illustrates that, with the little mouse using a flower as her umbrella. The design is from the Rachelle Anne Miller Collection CD (the old one that came out in 2011 - a new one has just been released) which featured many of my favourite designs for children.

The backing paper is one that was a free cover mounted gift on a magazine a couple of years ago, the green card was left over from making my daughter's wedding "Thank You" cards (and she's just celebrated her 4th anniversary), the flowers are the last two from a pack I bought over a year ago and the Candi came from a lovely assortment I won from the lovely Enfys at Going Buggy last summer. 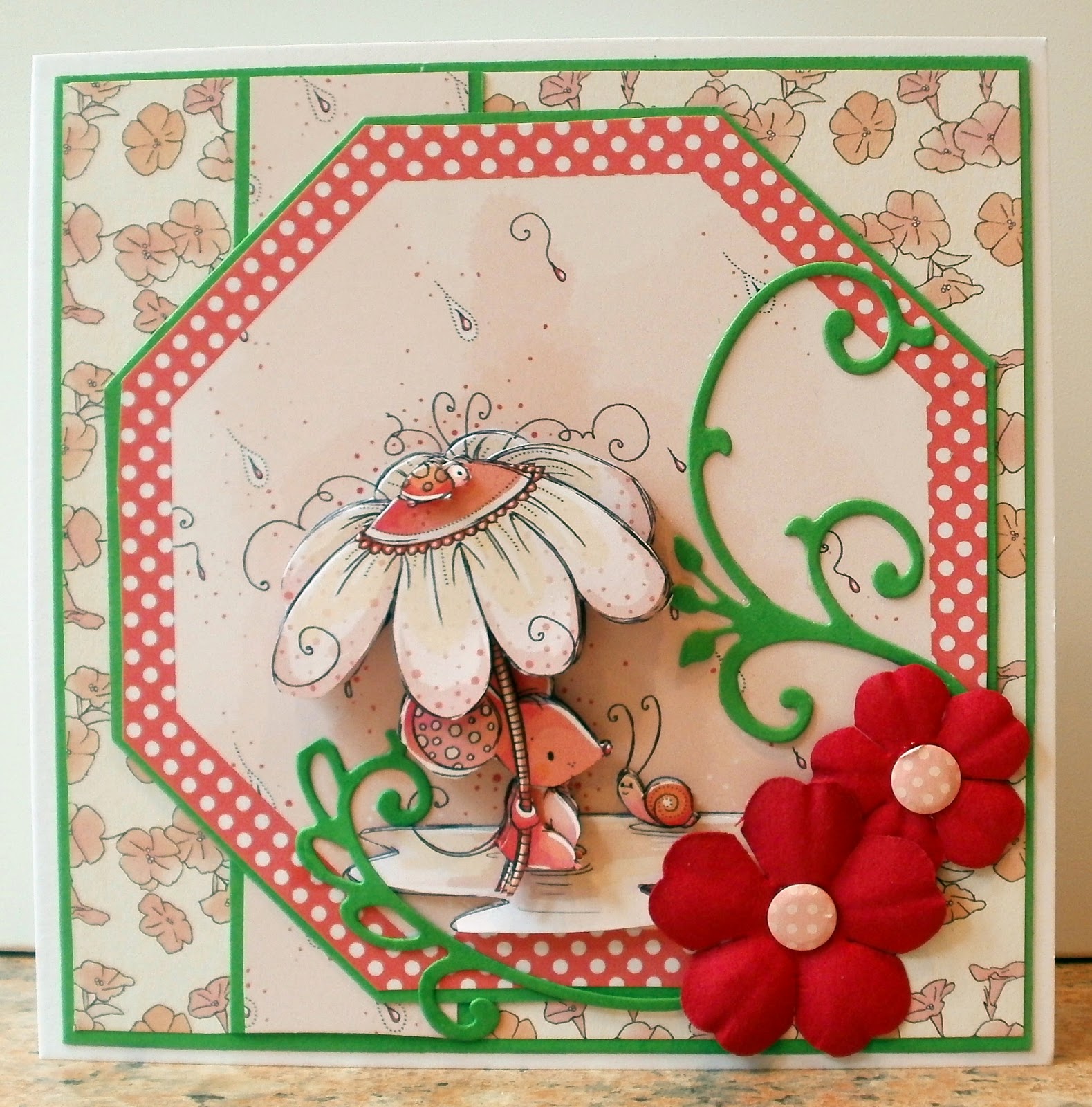 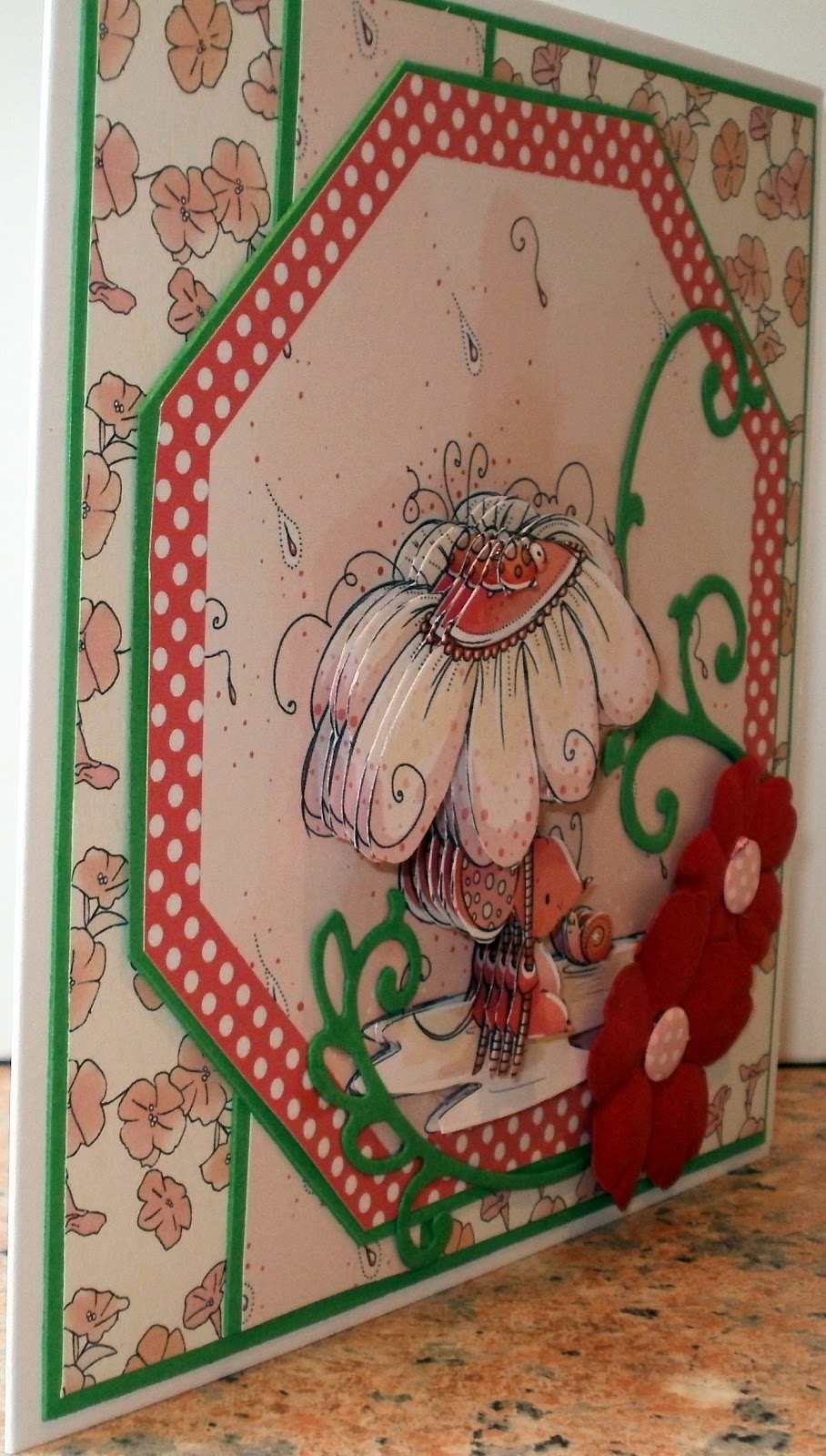 You can see from the side view just how many layers of decoupage are provided on the CD. This gives a lovely 3D effect, but if you wanted to save time or make a thinner card to save buying a large letter stamp, you could get a great effect by just using alternate layers.

I'm joining in with

Oldie But A Goodie challenge April Showers Bring May Flowers
Posted by Jane Willis at 13:57

Such a cute card, I too have this CD and just love it. Thank you for joining us over at Oldie But A Goodie, Good Luck and we hope to see you again soon. Alison xx

such a sweet card, love the image thanks for joining us at OLL
hugs