Lurking in the fridge

You  may have seen my quick post, What can I cook with these? on Monday. Well, when I started pulling the odds and ends out of my fridge yesterday, it was worse than I feared..... as well as everything shown below, there were 4 rashers of streaky bacon and a stub of cucumber. The bacon got used in my cookathon, the cucumber will be added to a tuna sandwich for my lunch today. 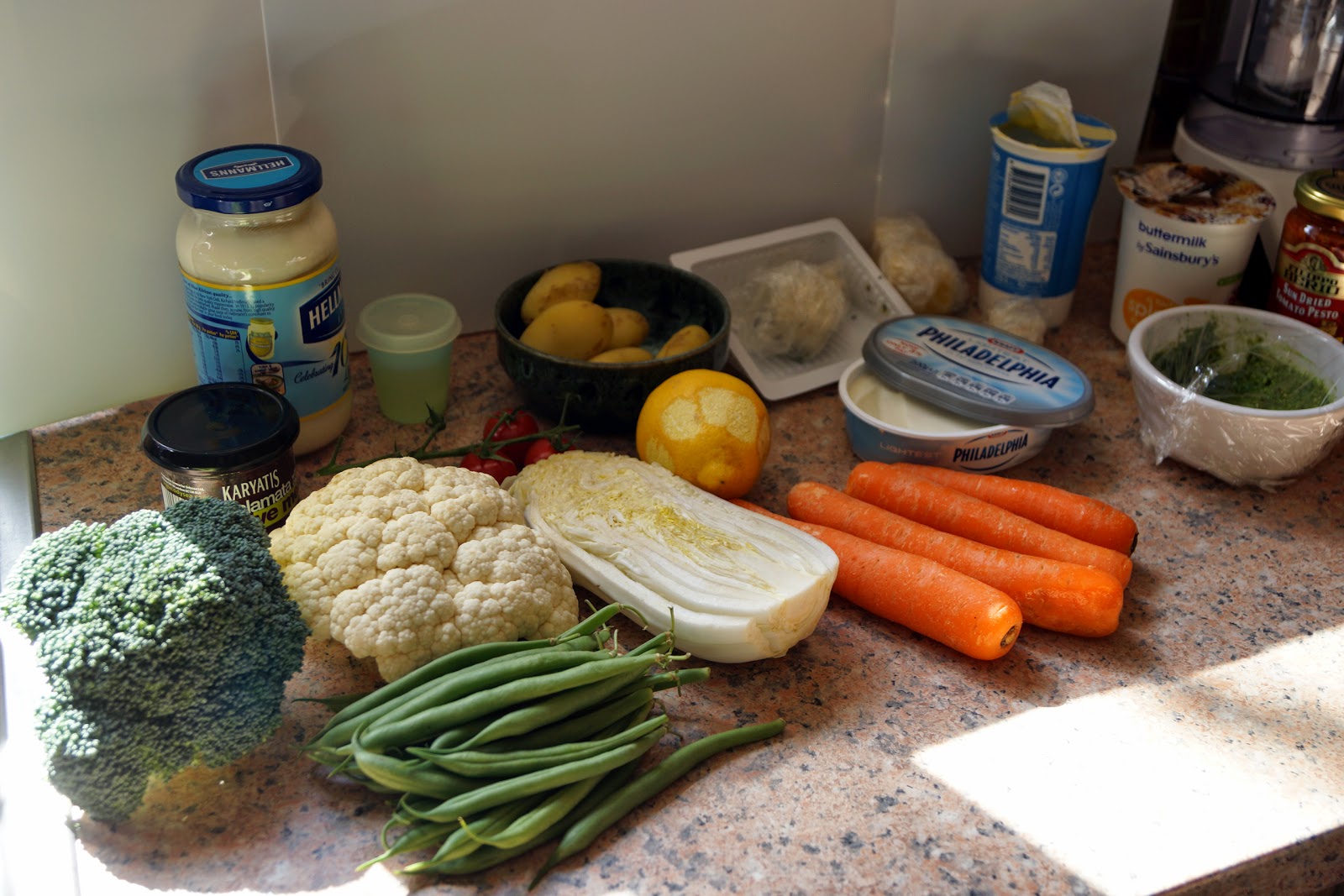 The green goop in the bowl is homemade wild garlic pesto, by the way. The tiny Tupperware contains an egg white. And I have  all the usual supplies - flour, butter, oils, onions, potatoes and rice, as well as lots of lovely fresh herbs in the garden.

So here's what I made with them 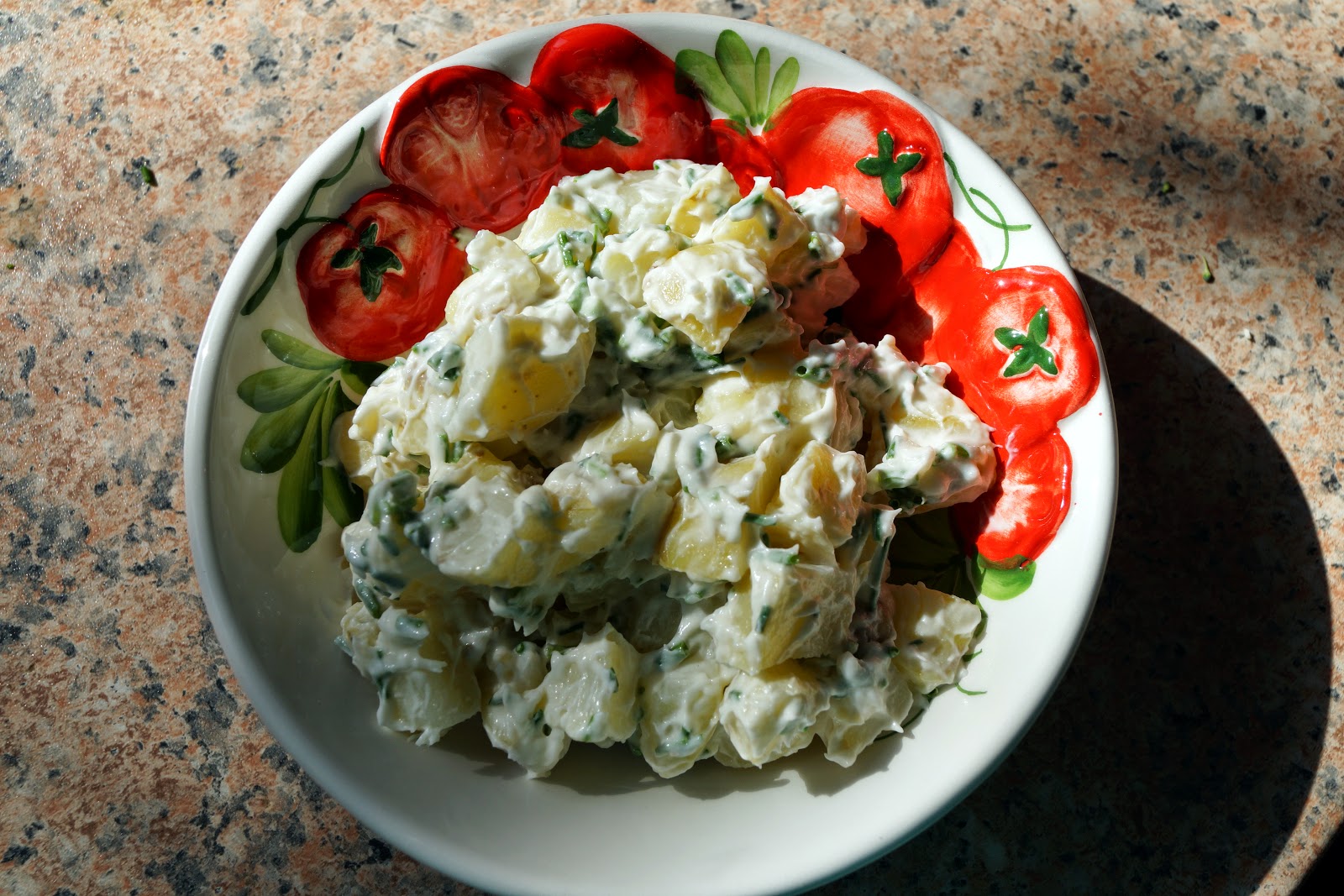 Potato salad - the new potatoes, diced and mixed with mayonnaise, a little of the juice from the lemon and some chopped chives. 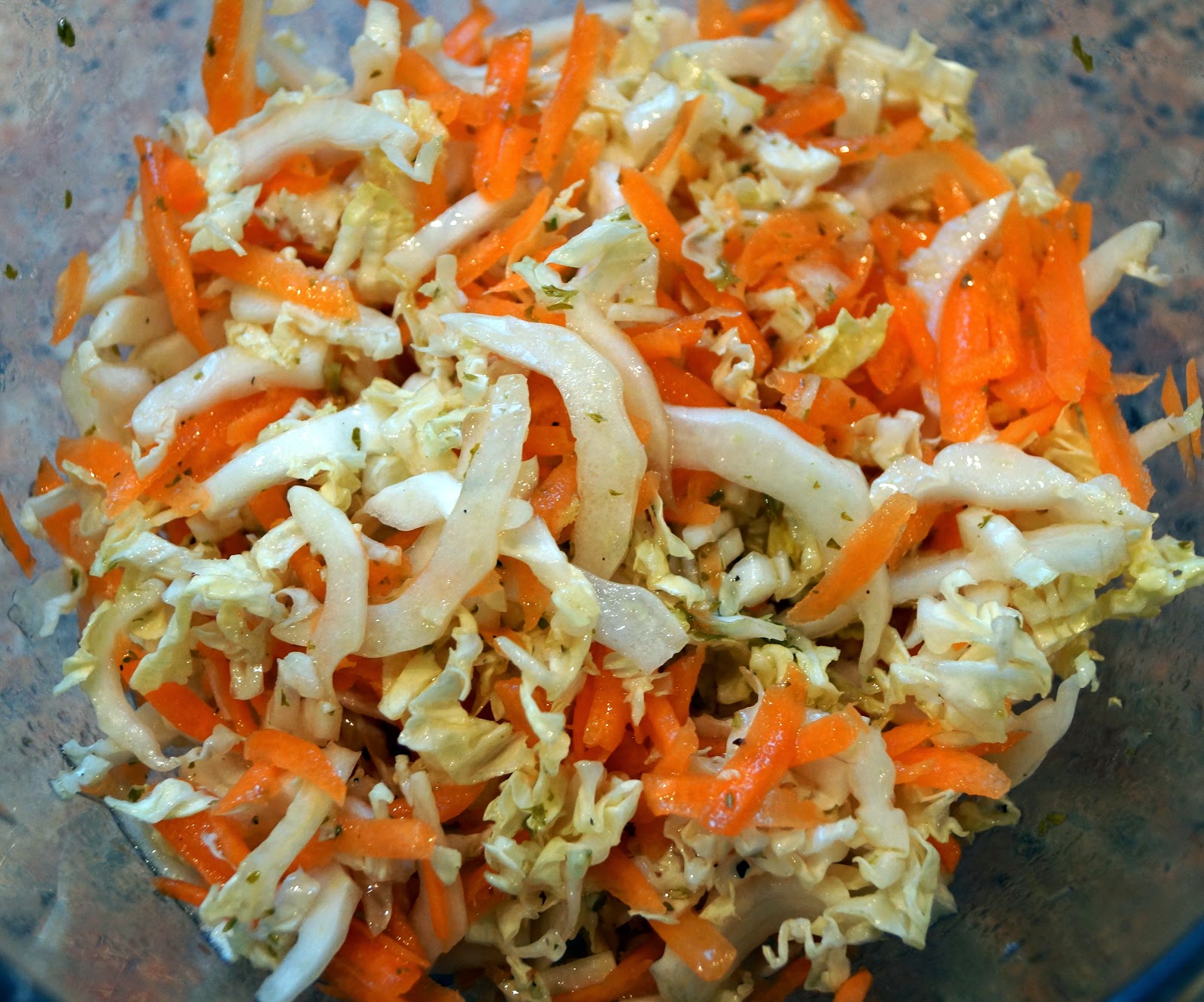 Chinese leaf and carrot salad -  using two of the carrots, dressed with the rest of the lemon juice, beaten together with olive oil, seasoning and finely chopped parsley 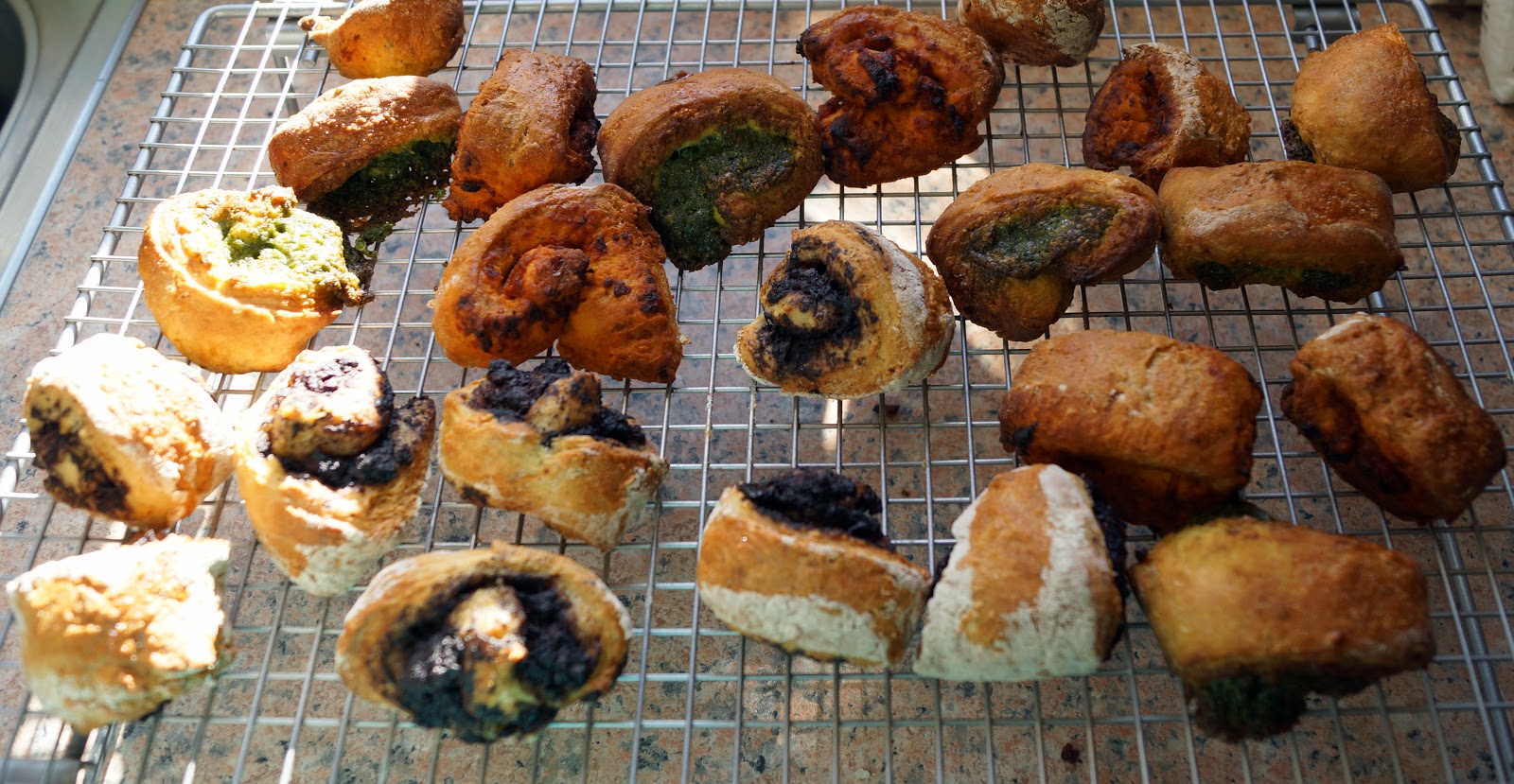 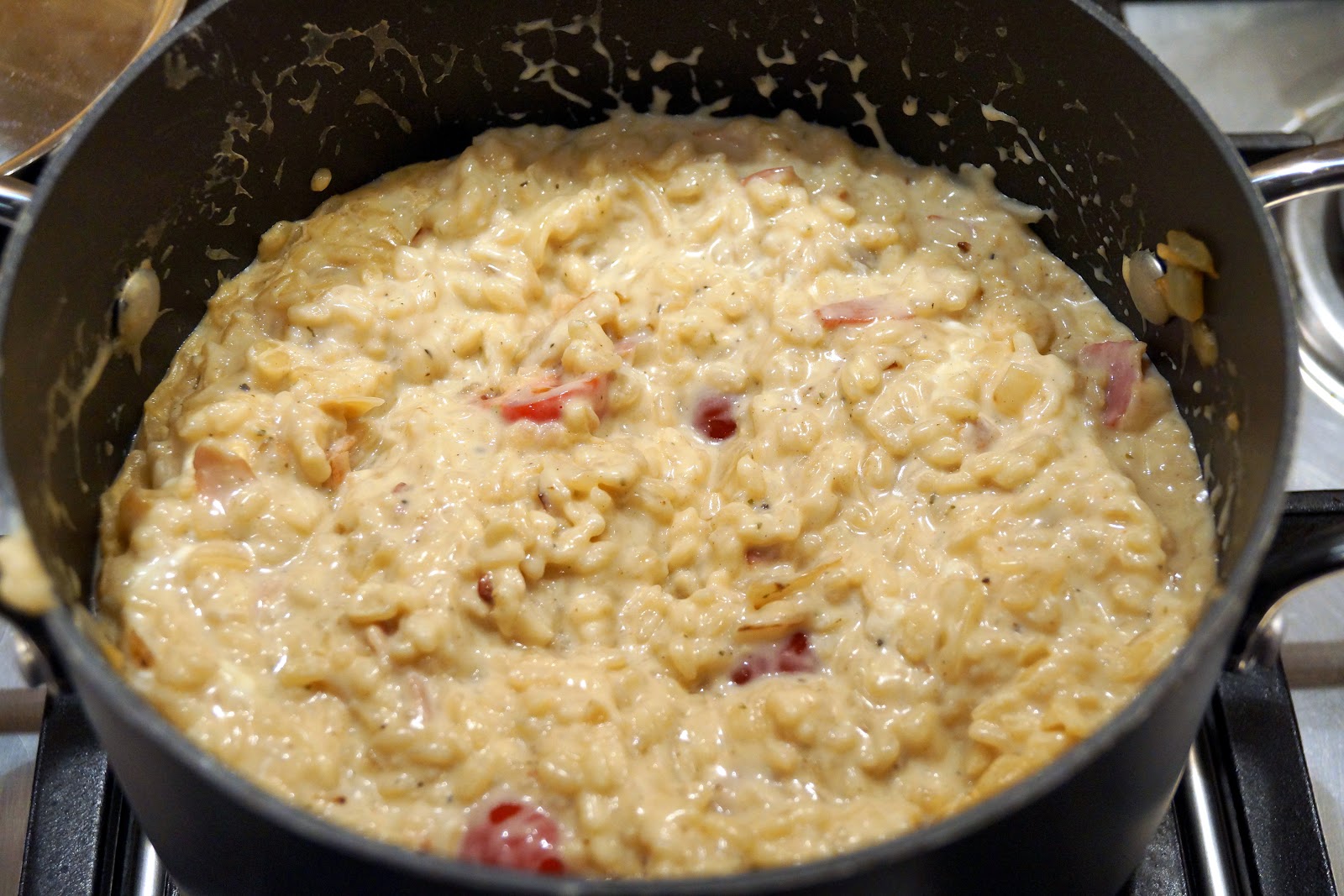 Risotto - using the bacon, cherry tomatoes, Parmesan and Philadelphia. I don't think I'll use Philly in a risotto again, it made it too rich and rather sickly. The Philly would have been better on toasted slices of the home made spiced fruit loaf that's lurking in my bread bin. 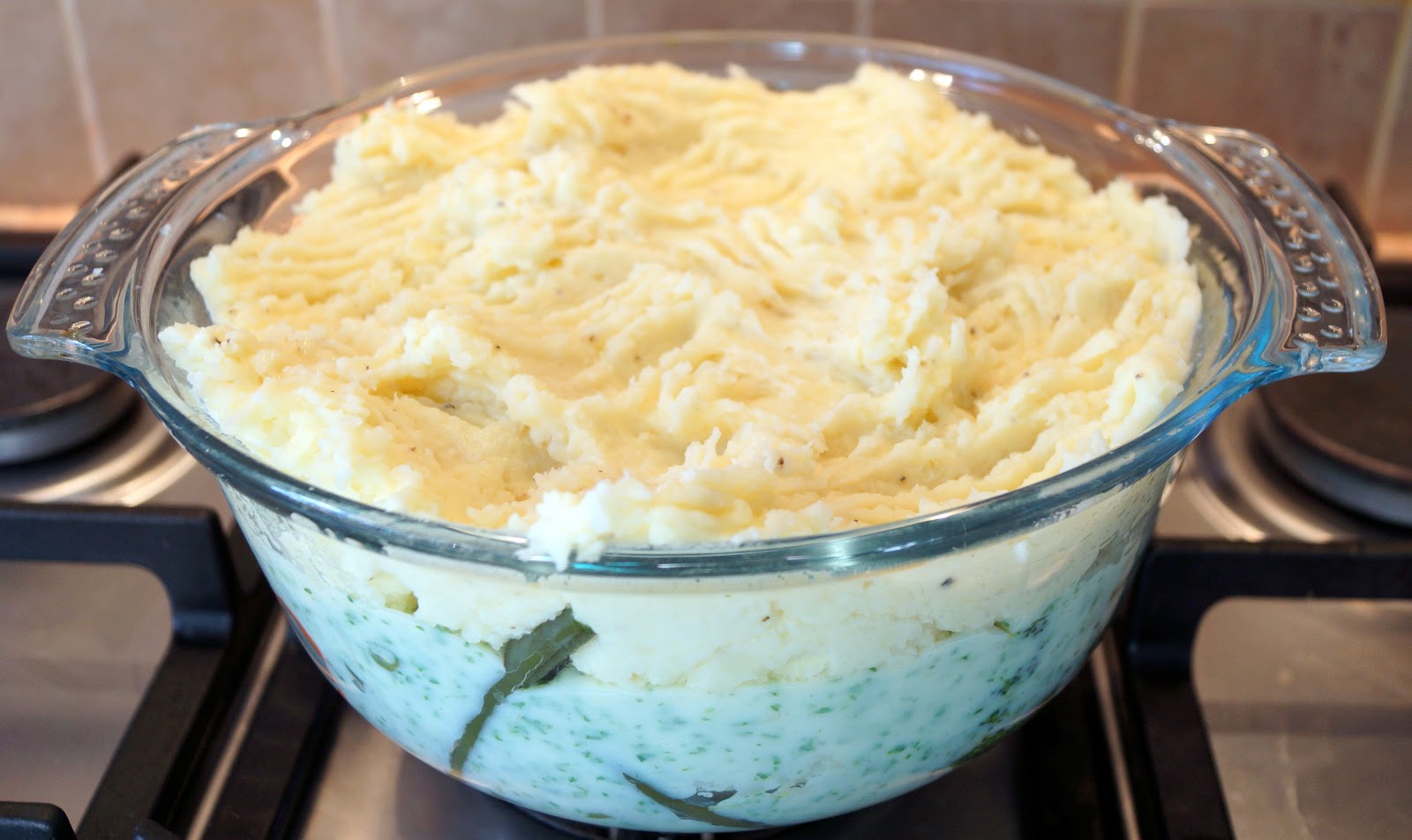 Gardeners pie - the rest of the veg - carrots, cauliflower, broccoli and beans, cooked up and mixed with parsley sauce. Potatoes boiled and mashed then mixed with the grated Cheddar and the dregs of the Elmlea cream-like-substance (milk, cream or sour cream would work just as well). It will be baked until brown and crispy on top, probably helped along with a bit of butter, for dinner tonight. I'm not giving a detailed recipe as the whole point of this is that it's a "use what you have " dish. Just about any veg would work here, and any cheese you have for the mash. Failing cheese, some mustard and/or herbs would liven it up, but in that case the dish wouldn't contain any significant protein. A couple of hard boiled eggs cut into wedges and places on top of the veg before topping with the potato would sort out that problem nicely!

So, two main means, two sides and a box of snacks, all from odds and ends that were in danger of being thrown away! Hence,  I'm joining in with the No Waste Food Challenge at JibberJabberUK and Elizabeth's Kitchen Diary. 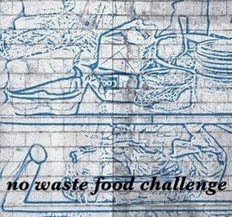 And with all those veg, especially in the Gardeners Pie, I'm also joining in with Extra Veg at  Fuss Free Flavours and Utterly Scrummy 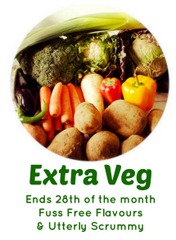 Right, on we go with the recipe for those scones, if I haven't lost you by now!

Sift the dry ingredients into a bowl, mixing well, then stir in the buttermilk. Start by adding about two thirds of it - the amount you will need can vary according to the temperature and humidity in your kitchen.  Keep in adding it until the mixture forms a light, soft dough.

Working quickly and lightly, divide this into as many portions as you have toppings, then roll the dough out into rectangles about 7mm thick, spread with the your chosen toppings, roll up swiss roll style and cut into slices, Place well apart  on the baking trays. At this point, I brushed them with lightly beaten egg white but I don't think it added anything to them - it did make me feel I'd used the egg white though!

Bake in the preheated oven. We like our baked goods very well done so I cooked them for 15 minutes, but start checking them after 12 if you like things less well done.

Mmm can you come over and make me some lunch :) Thanks for linking up your great ideas with the No Waste Food Challenge - I love the look of the wild garlic pesto and the gardener's pie!

I like the Gardner's Pie too. Simple recipe and just my sort of thing. Why buy ready meals when you can rustle this up so quickly? Beats me.

Ooh - I was thinking of doing a what's lurking in my food cupboards post, so I'll be coming to you for inspiration on how to use things up ! :)

I love a good fridge raid! I have to admit to having made some strange combinations at times but it's amazing what gets chucked out without a thought. Thanks for linking up with this month's No Waste Food Challenge.