Speeding tickets- they're for boy racers and mid-life-crisis males, aren't they? Not for fiftysomething grans in runabout hatchbacks. Or so I always thought, until one day a couple of years ago I noticed a flash as I was pootling home from the supermarket, glanced down and realised the needle was edging closer to the 40mph line than the 30mph one, and got The Letter in the post a few days later.

So now when I think about numbers, the first thing I think about is that all-important 30, and the much larger numbers that the fine and the subsequent increase in my car insurance cost.

And here are the guys responsible for making sure we stick to the speed limit! 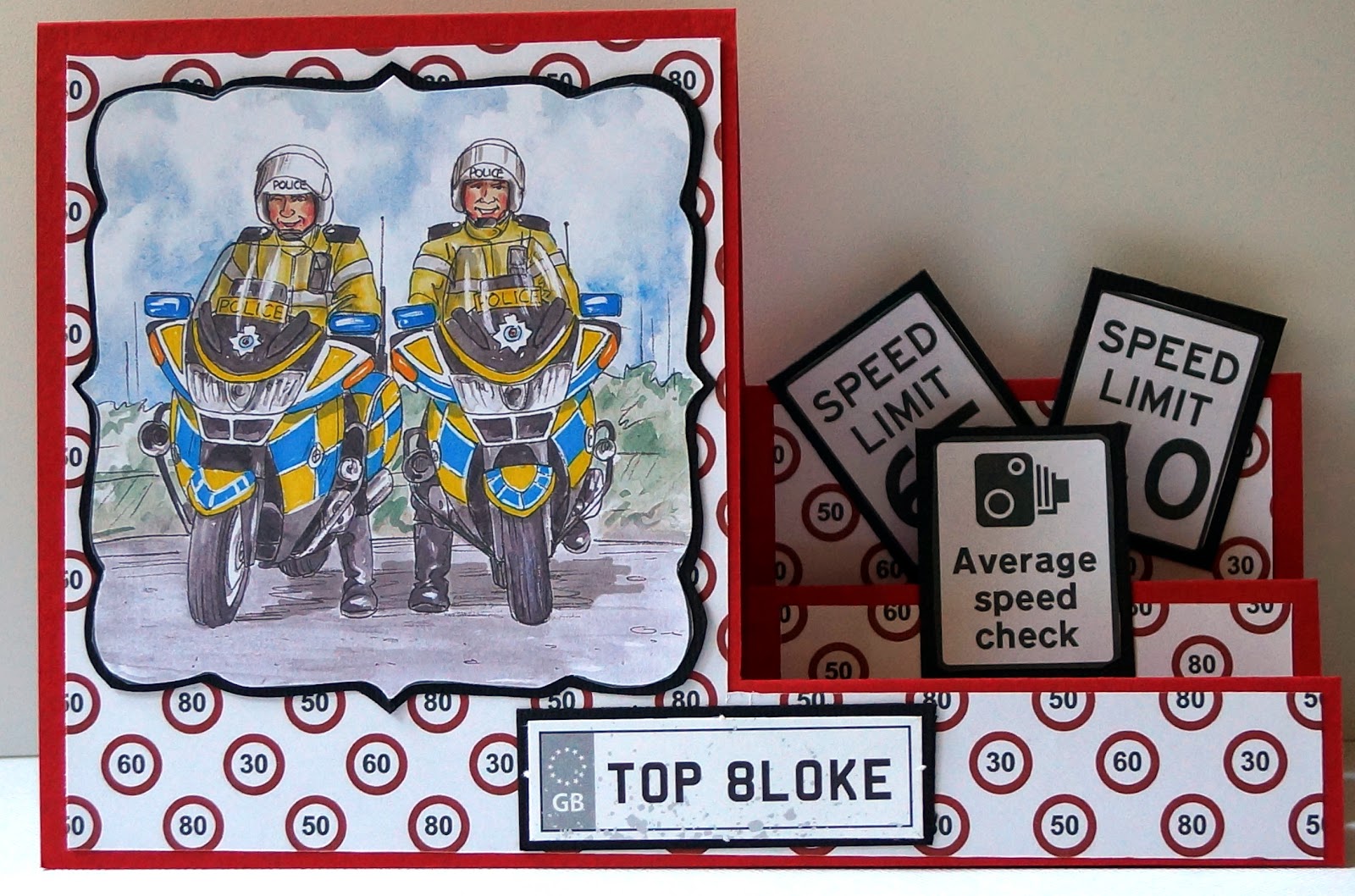 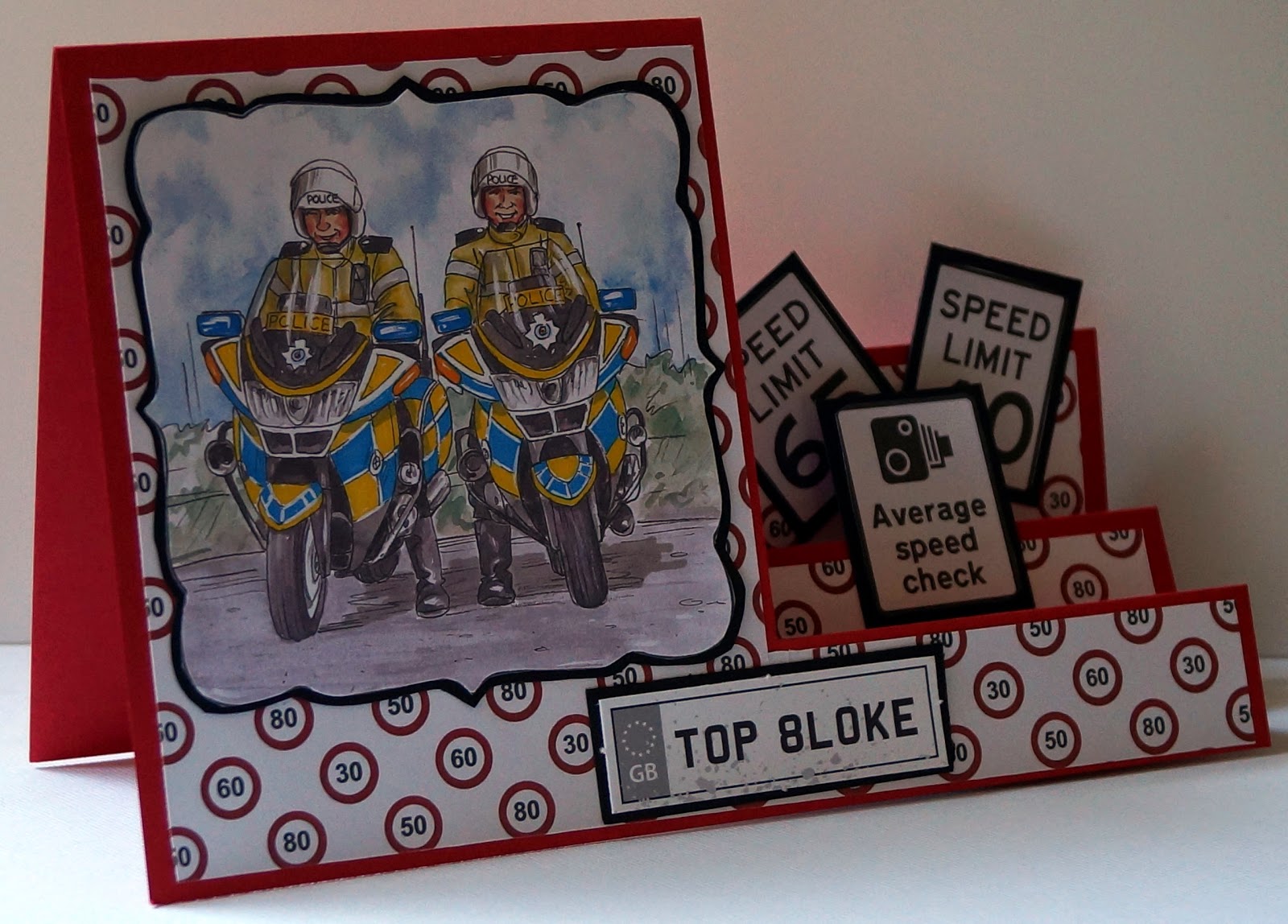 I think this would make a great card for a member of the police force, or for somebody who had just passed their driving test, to remind them who could be around the next corner! The image and background come from the La Pashe CD "Something for Everyone", the speed limit and Average Speed Check signs are cut out from another background on the same CD,  and the "number plate" was lurking in my stash, left over from an old topper sheet.

I'm playing along with Cards 4 Guyz challenge #13 - Numbers
Posted by Jane Willis at 11:58

This is just perfect. I love it all especially the little speed signs at the side

Thanks for playing along at Cardz 4 Guyz this week x

I would love this card for my husband if anyone makes it.

Ooh! Is this another CD I am going to have to get? It looks really good. I love your card, with all those important numbers on, ironically my son just the other night saw a flash as he went past a speed camera. I had a smile when I saw your card. Thanks for playing along with us at Cardz 4 Guyz. Caz xx

What a fantastic card!!! A brilliant design and so well executed! Thanks for playing along with us at Cardz 4 Guyz again this week!

What a fab design, Jane - I love the little 'number plate' sentiment. Thanx for sharing with us at Cardz 4 Guyz.
Hugz, Jan (DT) xx

Love the step card and the speed limit signs. What a fun card. Good for someone who just got a speeding ticket. As a joke, of course. Thanks for joining us this week at Cardz 4 Guyz!

This is great! Love your design.

Thanks for joining us at Cardz 4 Guys.