The other day, Mark came up with quite a challenge for me - as a keen mycologist, he wanted me to make some fungi themed cards for his foraging friends. Fungi themed CHRISTMAS cards.

Well, mushrooms and Christmas aren't usually a crafting combination that springs to mind, but I had a rummage through my stash and found some lovely fungi themed stamps and combined them with some festive stamps and dies. 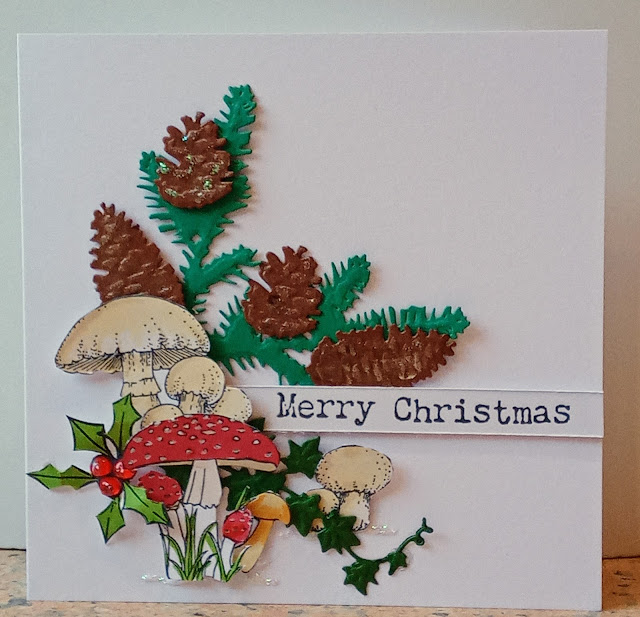 The first card is an absolute snippet-fest! I used snippets of card in greens and brown, plus lots of my white snippets. I cut the pine boughs using a very old Spellbinders die set and the ivy using a die I bought from Joanna Sheen, although I can't recall whether it is her own brand or a Marianne Creatables one. The fungi are stamped with a very old Graphicus set of botanical stamps (now reimagined and sold by Chocolate Baroque under the name Nature Table) and a Hunkydory set that was a magazine freebie 4 or 5 years ago. I coloured all the images with Promarkers and fussy cut them.
I christmasified it with a holly stamp and sentiment, and added clear liquid pearls for the holly berries, then used Stickles to give a frosty ground for the fungi to grow from and Wink of Stella to add a touch of frost to the cones.
I am sharing this card with
Pixie's Snippets Playground - challenge #413
Watercooler Wednesday - All about occasions 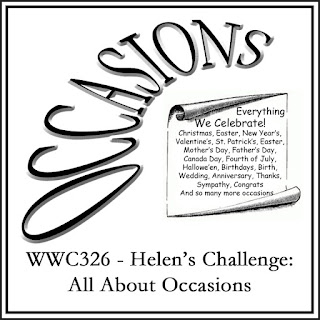 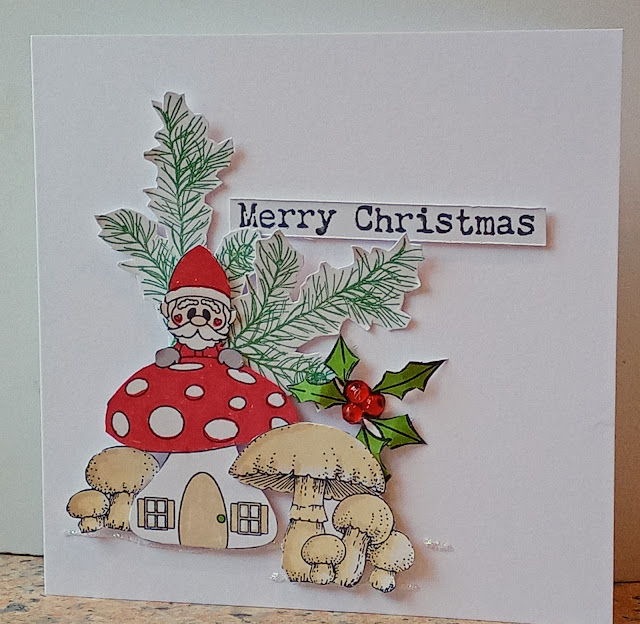 Passion for Markers - Make it Cute 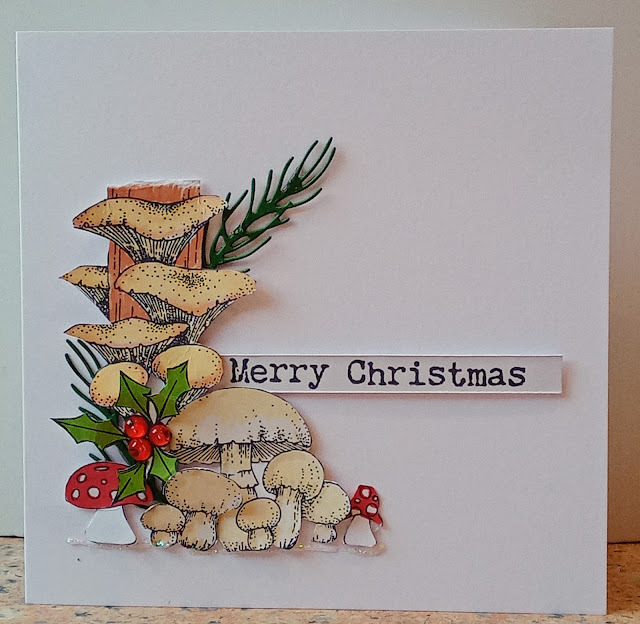 On to my third and final card (for now - I am working on more fungi themed cards in a different style) and this is my favourite of the three, even if it isn't quite as festive. I just love the way those Oyster Mushrooms turned out! I tore the top of the tree stump rather than cutting it, to make it look as if the tree had fallen down naturally rather than being hacked with a chainsaw (and anyway I haven't  got a chainsaw).

Retro Rubber - Anything goes  (those mushroom stamps are at least 20 years old, possibly nearer to 25!)

A very unusual combination, but it works really well. Thanks for joining Passion for Markers. Elaine

Thanks for bringing the sausage rolls to the Treehouse party - much appreciated. Hope your head wasn't too sore the following morning after the number of laced hot chocolates you downed!

Youre card is so beautiful, thanks for sharing it with us at the Craft Rocket Challenge Blog.
Hugs Ilonka DT

Oh I so hoped you would enter these/this into the Playground Jane. Brilliant, as well as such great colouring too.

I did chortle about the sausage rolls - Dudley snaffled a few without you and Sarn knowing - woof!

Fab cards Jane. Great images and your colouring is perfect. Thanks for sharing with us at Passion For Markers this week. Hugs, Denise x

Oh I love the idea of Festive Fungi and your cards are wonderful. Love all the details behind the fungi.Thanks for joining us at Retro Rubber this time. Claire DT

When I first looked at your card I thought, hum interesting to include fungi . . . but your explanation is spot on! LOL! You did a fabulous job with your challenge from Mark. hanks for playing along with us at Retro Rubber for Anything Goes!