Last weekend's Formula 1 Grand Prix was in Canada, so that's where the current F1 Foods challenge at Caroline Makes is looking for recipes from.

Now we've had a couple of holidays in Canada - we've eaten all kinds of things, but never had a meal that we thought of as really Canadian. In general, my impression of Canadian food is that it's a slightly healthier take on American food. There's lots of game, of course, because - well, because there's lots of game about. Maple Syrup is just about the national food, but I don't eat sweet stuff so that's ruled out for me. The only savoury dish I could think of was Poutine, but Caroline's already bagged that (and yummy it looks too - have a look at it here!)

However on our last trip to Canada, I picked up a rather useful recipe book 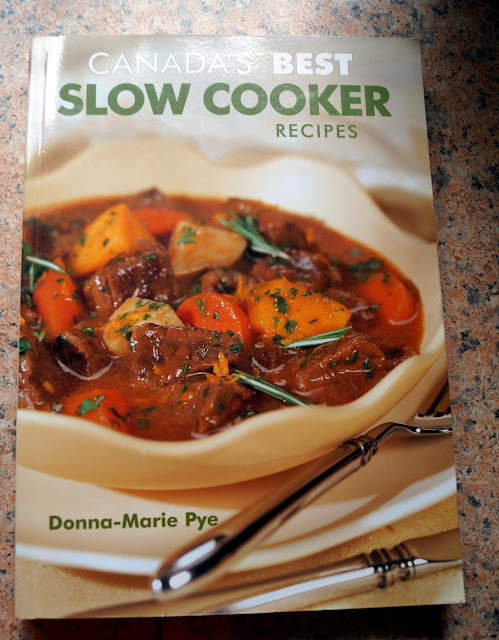 Although the recipes in it come from all over the world, it is a popular book in Canada so I reckon many Canadian families will regularly eat dishes from it - making them Canadian by assimilation. Yes? Anyway, I picked out a scalloped potato recipe. I wasn't too keen on the inclusion of evaporated milk, too much sugar for me and far too sweet with potatoes,  so I substituted single cream, and I didn't fancy using dried parsley, as we have a glut of lovely fresh stuff in the garden, so I thought I'd changed the recipe so much I could legitimately claim the new version as my own and share it with you.   (Afterthought - I wonder if the term "evaporated milk" means something different in Canada? To me it's the stuff my gran used to pour on the tinned peaches on Sunday teatimes)

But I'm afraid you wouldn't want it. You really, really wouldn't want it. It looked pretty good to start with, with the potatoes layered in the pot and a cheese/cream/parsley mixture whizzed up in the blender and poured over it, and paprika sprinkled on the top: 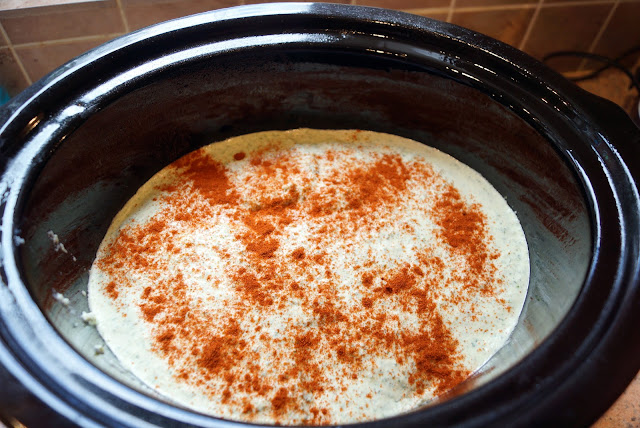 By the time it was half cooked, it looked fairly promising although it was starting to catch at the ends (Why do manufacturers insist on making oval slow cookers? Basic physics makes it quite obvious that the heat will be more concentrated on the tight curves of the ends. A round pot would cook far more evenly). 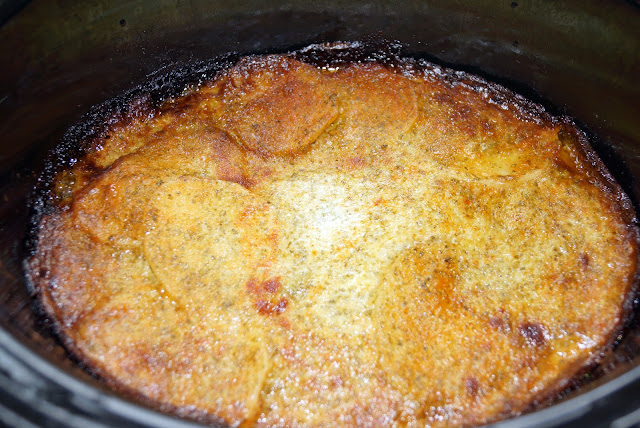 I don't have a photo of the final dish at the end of the cooking time. I didn't want to share the congealed grey sludge with a blackened crust at each end that it had turned into.  You'll see a hint of it in the background of a later photo of the finished venison dish. That's all you're getting.

I've learned a few things from cooking this:
Anyway, if you're still reading, now for the venison. This was an attempt to recreate a venison steak dish we ate in Canada, except that the one we ate had whiskey (yes, with an E, we weren't in Scotland!) in the sauce. I left the whiskey out because
So, for two people, you will need

Cut each venison steak into two, then arrange the four pieces, well spaced out, in a large plastic bag and beat hard with a meat mallet or rolling pin to flatten. (They will probably spring back into their original shape when you cook them, but the beating helps to tenderise the meat). Then put the olive oil and balsamic vinegar into the bag and squish it all around with your hands to cover the meat. So now you know how to marinate meat without getting your hands dirty. Leave to stand for about an hour.

Heat a large frying pan smeared very lightly with sunflower oil until very hot, and sear the venison steaks on both sides, then reduce the heat and fry until cooked to your preference. Remove from the pan and set aside.

Drop the butter into the pan and when melted, add the shallot and fry until softened. When you stir the pan, make sure you pick up the blackened bits at the bottom - they are a yummy mixture of venison juices and caramelised balsamic vinegar and they will make your sauce delicious. When the onion is soft, if you fancy adding whiskey (or whisky!) to the pan, slosh it in now. Then add the stock and tomato purée, season and bubble for a few minutes to blend the flavours. Finally stir in the parsley and spoon over the steaks. 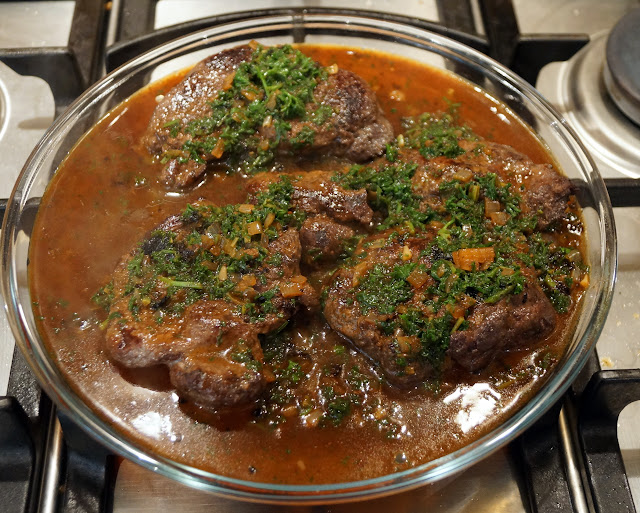 I served this with the Scalloped Potatoes From Hell (which tasted even worse than they looked) and a braised mixture of carrots, green beans and mushrooms with fresh thyme, which is my go-to "clearing out the fridge" veg dish. 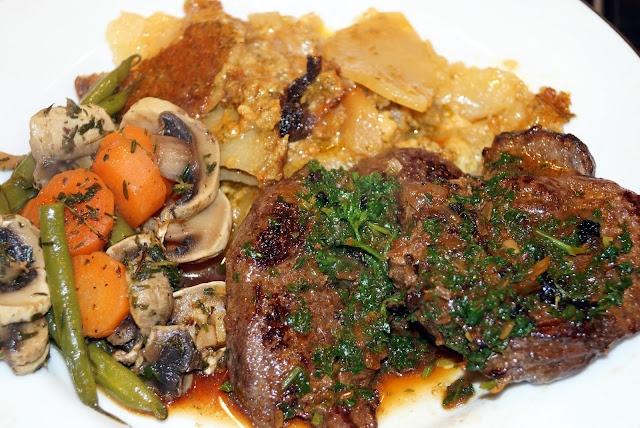 oooh dear as you say stick to what you know

Oh dear, I'm sorry to hear the potatoes didn't turn out very well, but the finished dish looks lovely! Thanks for sharing with Formula 1 Foods. 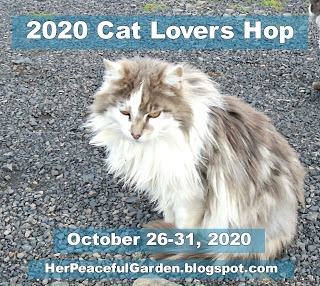