The first stamp I ever bought.....

.... a very long time ago (about 20 years, I think) was this horse chestnut leaf. It's been used so many times the writing has almost worn off the wooden block, but I can just about make out that it was from Personal impressions. I must have used it literally thousands of times, in hundreds of different ways,  and I come back to it again and again. Nature never goes out of fashion!

I've used it this week to combine several challenges. Over at Less is More,  the challenge is "tearing" while at CASology  the cue card is "Green"  and this month's challenge at The Cupboard Trilogy is embossing.

I found it very difficult to get my head around the idea of a CAS design that involved tearing - somehow that always goes with less "tidy" cards in my mind. But I've been inspired by the cards I've seen on some of the other blogs taking part in Less is More, and since this leaf really LOVES being embossed in green, combining the challenges gave me the inspiration I needed.

I heat embossed the leaf with Verdigris embossing powder. It's quite old and doesn't adhere very well any more, giving a more delicate effect that doesn't obscure the fine detailing on the stamp (typical crafter, I won't waste a thing - just find a new use for it). I tore around the images then mounted them on Core-dinations paper which had been dry embossed in the Cuttlebug with a wood effect folder then sanded to reveal the core, which is actually green although it doesn't really look it in the photo. 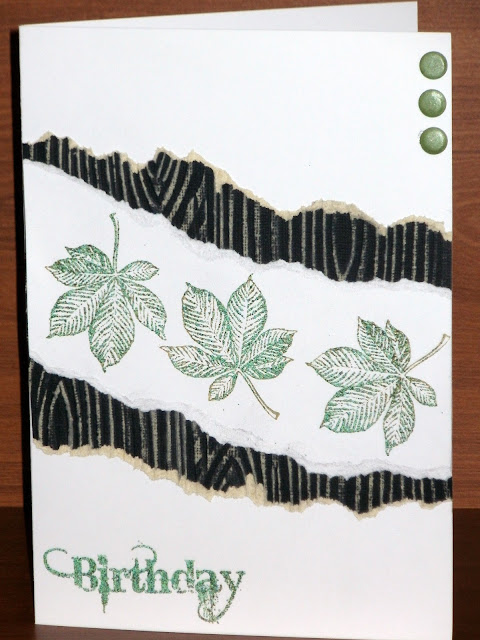 I am submitting this to 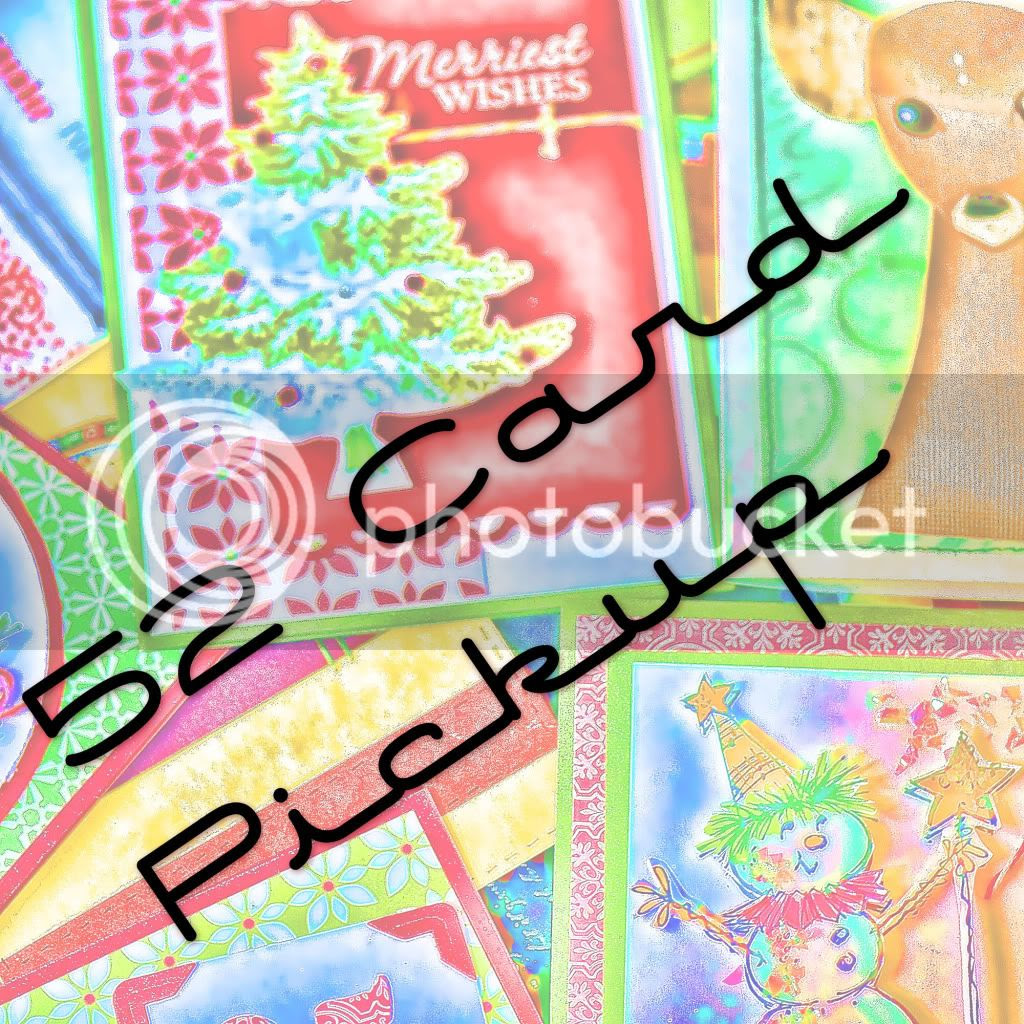 Love the tie in between the woodgrain and the leaf and that distressed sentiment is gorgeous! Thanks so much for playing along with CASology this week!

Clean and simple but lots of impact..love the embossing x
Thanks for joining the Cupboard Trilogy Challenge
Ju
DT

Beautiful Combination of the embossed layers and tearing effect~Stunning!

Love the ripping and tearing. The embossed leaves look as if they are tumbling in the breeze. Thanks for taking part in Tne Cupboard Trilogy challenge xx

Very cool card. Thank you so much for sharing your card with us this week at CASology!

What a great nature themed CAS card! Love the way you incorporated the woodgrain into your design! Thanks so much for joining us at CASology this week! :)

Lovely card and really like the woodgrain embossing. Thanks for taking part in the Cupboard Trilogy Challenge.

Beautiful card. Great for a man...

The tearing looks FAB with the leaf design, what a super stamp

Thank you very much
mandi
"Less is More"

Love this card the combination of the leaves & the torn woodgrain is a great effect.
Thanks for joining us at the The Cupboard Trilogy Challenges & good luck!
Jane x
[DT/owner]

beautiful design... the embossed leaves are lovely! thanks for playing along with CASology this week!

Many apologies for the tardiness of my visit this week, a cruise to Norway intervened somewhat!
Thanks for your lovely submission, it's super.
Chrissie
"Less is More"

Great use of the cue - I'd love for you to link up at 52 Card Pickup this week!

That leaf stamp really is gorgeous and I love how you incorporated the tearing and woodgrain. Thanks for playing along with CASology this week!

Love this card, so well put together. Thanks for joining The Cupboard Trilogy challenge
Joan DTL xx

Really like this , it just all works so well x

Love the simplicity of this card. CAS is my favorite. Love those leaves and the sentiment. Good job!

What a lovely card, I have never ripped paper on my cards but after seeing this I might start. Thank for joining in with our challenge over at The Cupboard Trilogy Challenge Blog.