What's in the basket?

Several times, when writing about cookbooks, I have mentioned the basket of recipe books I keep under the kitchen sink, and it always elicits comments or tweets asking me "What's in the basket?"

Well, the most-loved, oldest and most well thumbed members of my collection live there - the ones that are needed in the kitchen so frequently they never get chance to leave the room, but are no longer pretty enough to be on display. 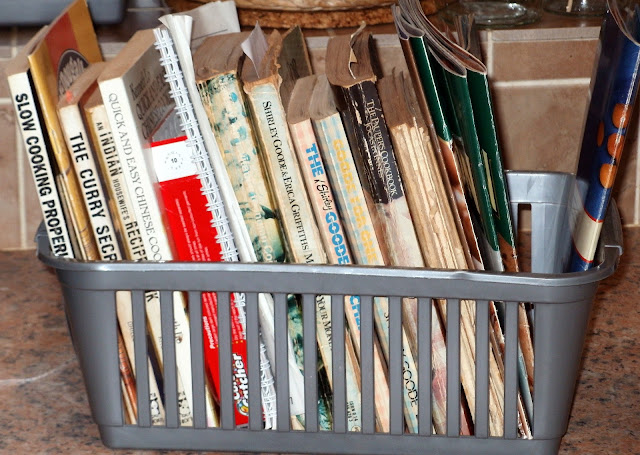 First among the contents are the budget recipe books, dating back to when we were first juggling children and a mortgage, or even to student days. They include: 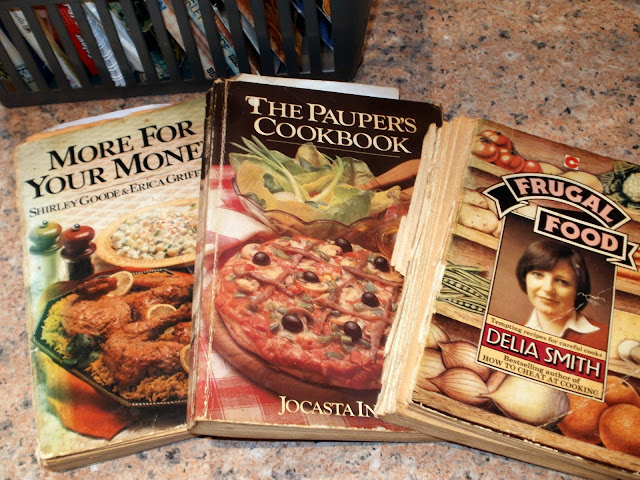 Next a few Indian and Chinese recipe books. Not, apart from Madhur, for authentic dishes but for the kind of thing that brings back memories of cheap student meals out in the 1970s.
Quick and Easy Chinese Cooking by Kenneth Lo (1973)
Indian and Ceylon Cooking Made Easy by Anil de Silve-Vigier (1972) - this book is price marked 20p but being an impoverished student I waited until it was half price in the sales.
An Invitation to Indian Cooking by Madhur Jaffrey (1978)
An Indian Housewife's Recipe Book by Laxmi Khurana (1985) 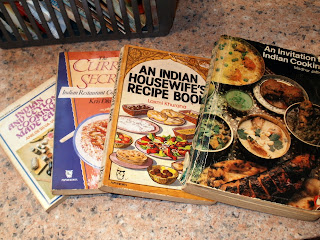 A selection of promotional baking booklets from Be-Ro, Allinson and McDougalls - these are not dated but the Be-Ro books are editions 38 and 40. 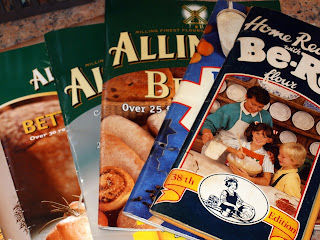 And finally, the instruction manuals/recipe books for my Actifry and slow cooker, along with, rather inexplicably, a packet of Dylon Colour Catcher sheets - I was wondering where those had got to! 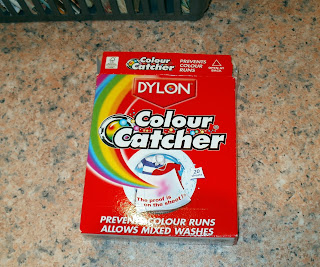 Loved seeing your old cookery books, Jane. The old ones are often the best, aren't they? A friend gave me a Sainsbury's Italian cook book for a wedding prezzie and I still think it's great 25+ years later. I bought more of their series but they stopped doing them a long time ago. Just read your minced lamb in your prize dish recipe (sorry, forgot the name) and will give that a go :-)

I had an original copy of St Delia's (I love the way you honour her in this appropriate way) Frugal Food which I lost along the way but then my lovely sister-in-law found a copy for me in a UK op shop and sent it over to me in Australia. I used that book a lot when the children were small and so was the money in my wallet.