Add a button or buttons at CD Sundays

Today it's time for a new challenge at CD Sundays, where I'm still a GDT member.

This time the theme is "Add a button or buttons" and I've chosen a design sheet and papers from Debbie Moore's Shabby Chic Vintage Discovery CD and teamed it with buttons from an amazing 99p bargain gift back I bought on Amazon last year.

I love the penny farthing buttons (for non-British readers, a penny farthing is our name for the Victorian bicycle with a huge wheel at the front and a tiny one at the back. It is so called because at the time, our penny coin was huge and our farthing, worth a quarter of a penny, was tiny) but I have tended to use vintage elements like this on masculine cards where the pink doesn't really work, so I was pleased to find a sheet on the CD that had some pink in it to match the buttons.

I made a centre-stepper card and die cut another penny farthing (I think this is a Marianne die) to add to the front layer for extra dimension. 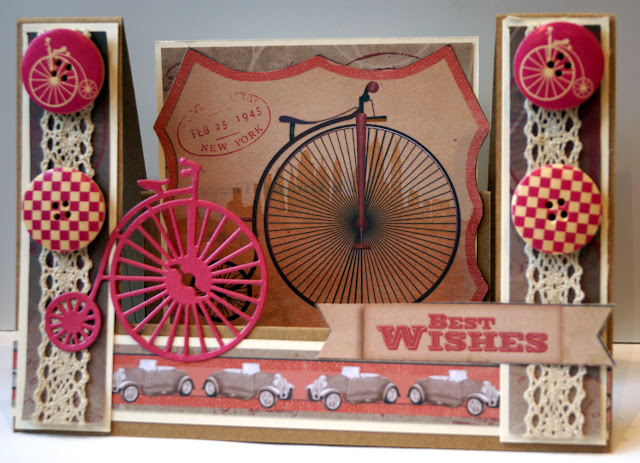 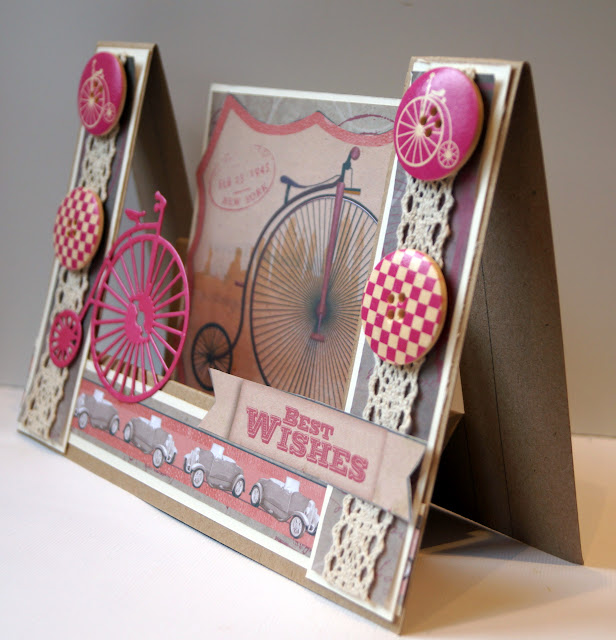 I love this card Jane. The design is lovely and I love the pink Penny Farthing. It's a very exciting looking card. Love the buttons! Barbxx

I love Penny farthings Jane so this card has my vote. It is a great card and the vintage elements work very well - as does the pink bicycle.
Thank you for your continued inspiring cards.
Carol
xx

What a fabulous card and the buttons match perfectly.
Jocelyn x

Fabulous card and design. Love the buttons. Thank you for inspiring us again at CD Sunday Wynn x