I had a card carefully planned for my snippets card this week....... and this isn't it. When I started to rummage in my snippets box, the snippets told me they weren't going to play what I wanted them to play, and suggested a completely different game to me. If I can get them to co-operate, I'll make my idea into next week's card!

So anyway, I pulled out a selection of pink and purple snippets in different shades and textures,  and punched a circle and a butterfly from each one. My circle punch is 1.5" and it took 9 circles to fill  the front of a 15cm square card (what's al that about never mixing metric and imperial? I do it all the time!). I sorted the circles into approximate colour groups of pale pinks, darker pinks and purples, then mixed up the butterflies so that each stood out well against its background circle and added each one with a foam square. 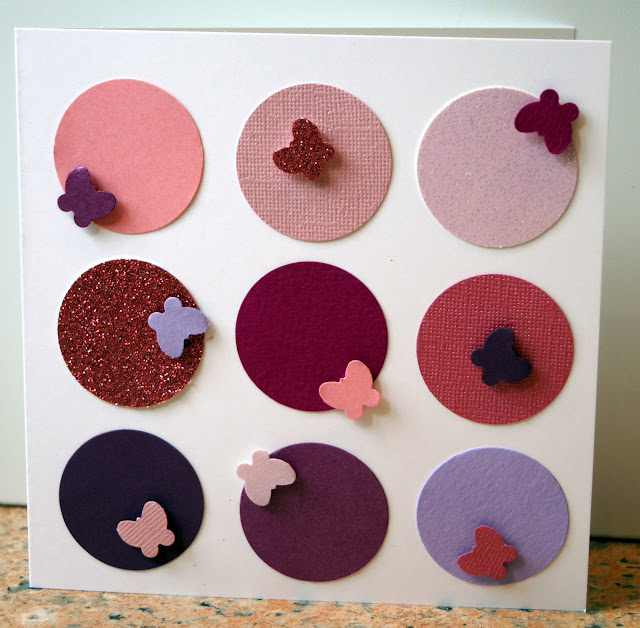 or a tent fold one? 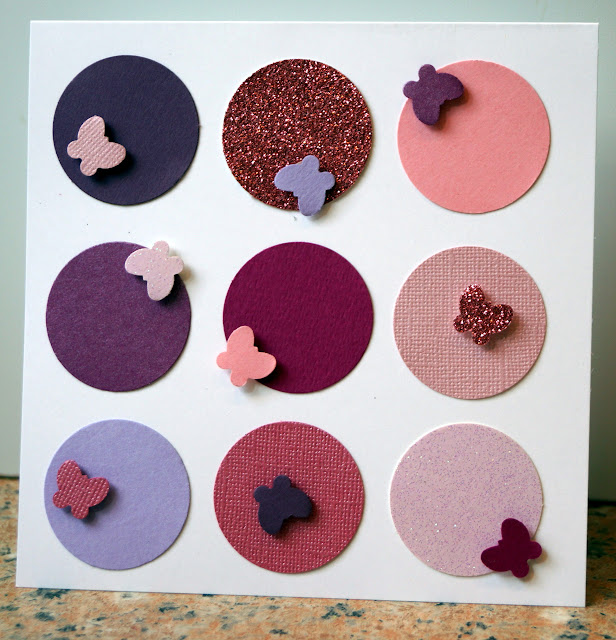 Whichever way you look at it, I'm heading over to the Snippets Playground where the now-recovered Miss Di is back in charge and has her eagle eye open for illicit hooch and general behind-the-bike-shed shenanigans. I hear somebody's planning to steal the pea from her whistle.....
Posted by Jane Willis at 12:50

A pretty card and great use of snippets too!
Kath x

It looks great whichever way you look at it Jane. Fantastic use of snippets. Barbxx

Either way looks great Jane - super way to use up snippets too!