When I was a little girl, my gran used to say, of anyone who disagreed with her, "They'd argue black's white" so this card is dedicated to the memory of her, because I've made a CAS card with black used for the "white" space. It's not exactly as I'd planned it though - I'd really wanted the sentiment to be pink, but neither my pink inkpad not pink embossing powder was man enough for the job, they both had a degree of transparency which made the sentiment look grey rather than pink, so I ended up making it white instead. So I used white opaque gems for the flower centres to link in with the white stamping.

The embossing folder was, I think, a magazine freebie and the flowers and leaves are die cut from snippets. 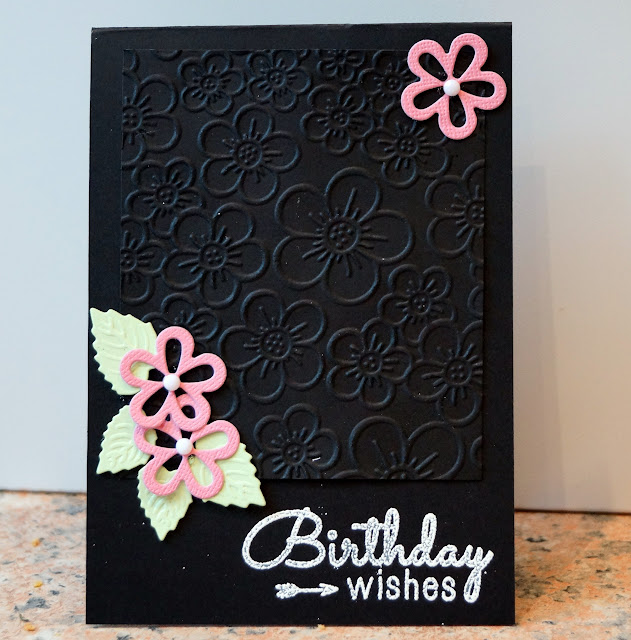 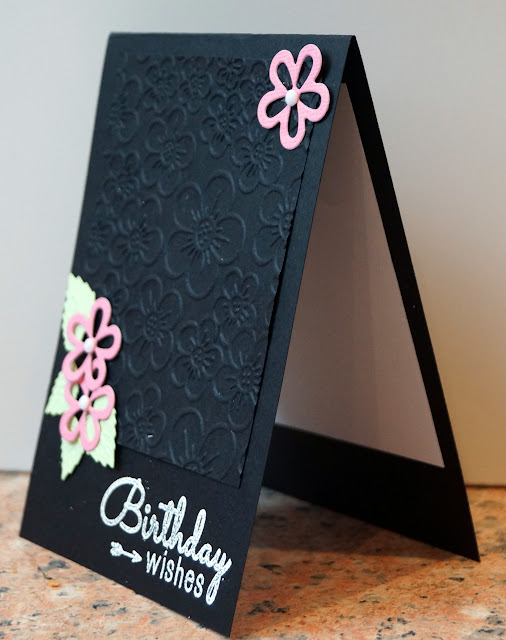 Don't you just hate it when colors won't play nicely together ! I love black so your card instantly appealed to me. love the embossing and the white sentiment.

Love it!! That black really rocks and caught my eye immediately, great work.

Those sweet flowers really pop against the black and work perfectly with the embossing folder too! Black definitely IS white in this case :)

Wowzer! I love this Jane. Barbxx

WOW! This really grabbed my attention in my reader Jane! It literally jumped out at me! Just fabulous! Have a really lovely week! Hazel xx
My Card Attic

Certainly a very striking card and I love your black "white space"!
Thanks for coming over to play in the Snippets Playground again.

Your black certainly is 'white' Jane and fabulous it looks too!
Thanks so much
Chrissie
"Less is More"

Great CAS card. So different using the black as a base card Jane.....I like it. Thank you for sharing it with us at OLL challenges. Wynn DT

Oh, I love this - so striking and different, but pretty. I bet your gran would have loved to receive a card like this and she would definitely have appreciated the humour behind it! Great work!

What a great take on the challenge it looks fab.
Thanks for sharing with us at OLL.
Lynn x
DT

Fantastic take on the challenge. Love the textured black card and still a CAS-tastic card Jane.
thanks so much for playing along this week!
Sarah xx
Less is More

What a striking card, Jane! I somehow missed this when you posted it. xx

Sorry to be so late commenting, what a super card Jane, love your 'white space'!
Thanks for joining our challenge
Anne
"Less is More"