I can't resist the current challenge at the Sisterhood of Snarky Stampers - I for Inappropriate (and I'm STILL having trouble typing that word). Had I but time enough and place, I could happily make a hundred inappropriate cards, but for the time being you'll all have to be content with two. Well, unless my urge to go down the Grumpy Cat route gets too strong to resist.....

For this card, I've used an image and sentiment from the Joanna Sheen CD "Viva la Divas". The sentiment is editable, so it can be adapted to any name but I have used the default one here. They are quite big images, so I used a large 20cm square card. The background is a piece of the same green card I have used for matting, but spritzed all over with bleach and allowed to dry. I stamped measurements and screws - positioned at a suggestive angle which I think also gives them a slightly suggestive shape - all over it. 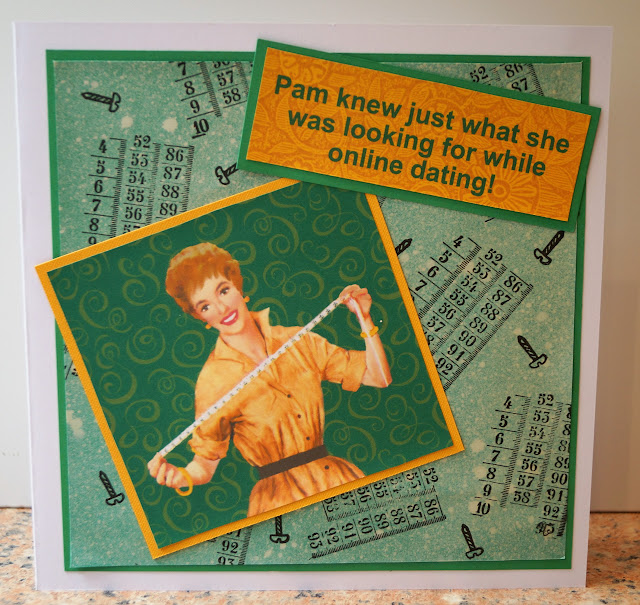 And of course I had to include an explanation on the inside, of what she actually WAS looking for. 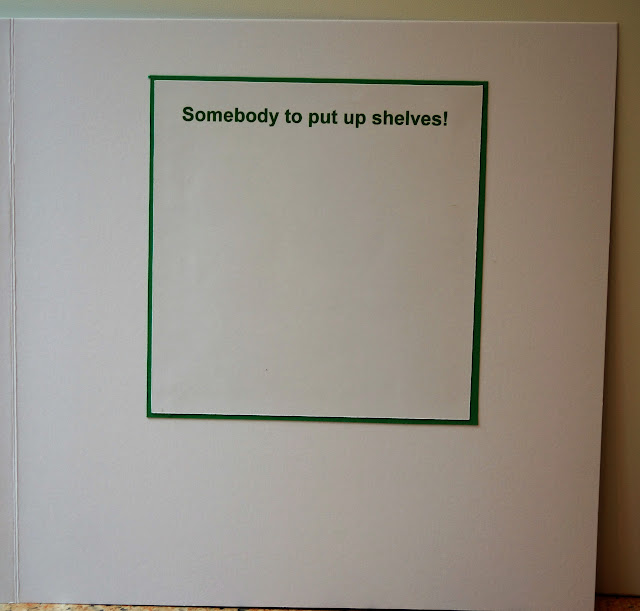 Well, what were you expecting it to say, you filthy minded lot?

Actually this is the part of the card that I reckon makes it TOTALLY inappropriate, coming from a staunch feminist like myself. Any suggestion that a woman might need a man for D-I-Y purposes is far more outlandish than a suggestion that she might be treating one as a sex object!
Posted by Jane Willis at 13:39

Somebody to put up shelves...ha ha ha ha ha ha...that is perfect (and in my case much more likely!!)
Thanks for being inappropriate (again) with the sisterhood of snarky stampers!

TOTALLY BRILLIANT! You are so witty, Jane. Thanks for playing with the Sisterhood again, Jo x

That is a fab Cd isn't it? Love your card. Cara x

Hahaha! Yeah, the inside is definitely the inappropriate part! Love it!

ROFL! Thanks for joining our fun at the Sisterhood of Snarky Stampers!

Bwahahaha! I love this! So very clever. Thanks for joining the fun at the Sisterhood of Snarky Stampers!

Oh My... a second even funnier entry... (she says wiping coffee from her computer screen) Grin... You Rocked This One Girl!