The other day I was browsing through the blogs I follow and saw that Lisahh-Jayne had posted a recipe for a sugar free tea loaf. As a diabetic, it caught my eye straight away. The loaf uses lots of dried fruit, so I can't binge out on it as there are natural sugars in it, but they come along with the fibre and other nutrients that dried fruits contain and refined sugar lacks, making it much more healthy than a traditionally sweetened one. And extra health brownie points come from the fact that the only fat in it is the small amount contained in the egg. Added to the fact that I'm trying to tidy out my cupboards and I had lots of odds and ends of dried fruit, I simply HAD to give it a try. Instead of mixed dried fruit, I used the ends of packs of currants, raisins, sultanas and apricots.

I'm not going to post the recipe, as Lisahh-Jayne has posted it in full here but I did convert it to metric weights, as I'm more comfortable cooking with those. Now, whether it was a mistake in my conversion or whether it was because my dried apricots were the kind that need rehydrating and had drunk more than their share of the tea, I'm not sure, but after adding the egg my mixture was far too dry and it took a whole second egg to put it right. But that made the mixture a perfect texture and it rose beautifully, cooked perfectly, slices easily and tastes divine.

Now my only problem is going to be stopping myself from eating too much of it at once! 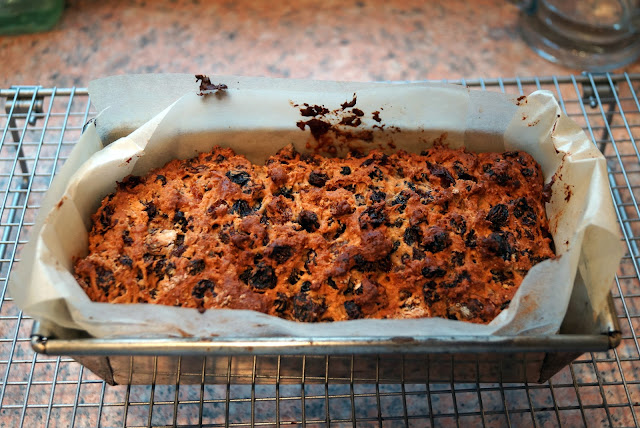 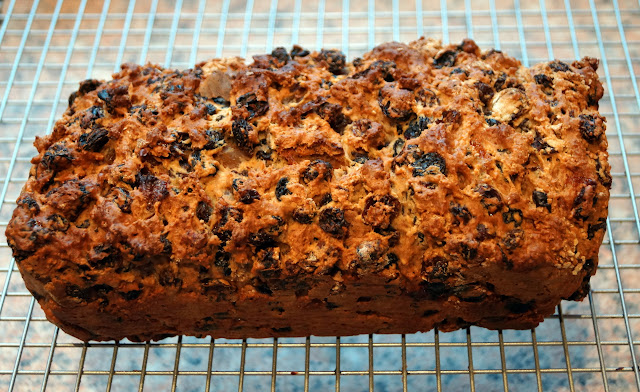 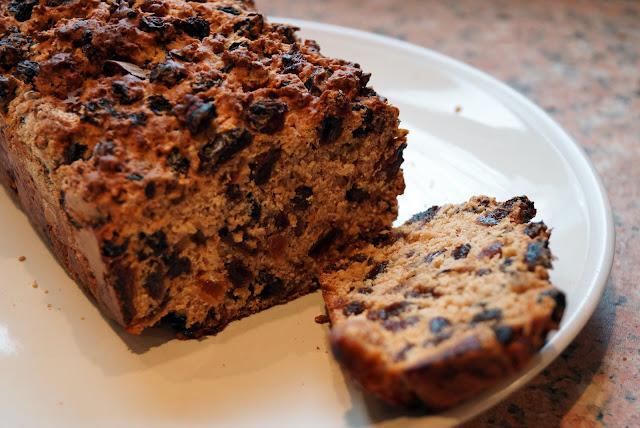 I'm sharing this with Simply Eggcelent at Belleau Kitchen

oooh that looks so knobbly and nutty and full of gorgeous stuff. Sugar-free always scares me as sugar creates so much structure in baking but this looks exceptionally good. Thanks so much for linking it to Simply Eggcellent x

I don't like something too sweet, so this sugar free tea loaf is my type. It looks so yummy, thanks for sharing.