Using up the Stuff

After my clearout, I now have loads of "new" stuff - new in the sense that I'd more or less forgotten I had it, so I am discovering it all over again. And my discoveries include a tin of huge fabric flowers that I've had since around the time the wheel was invented, and a few sheets of very heavily patterned glittered acetate, that seemed like ever such a good idea at the time - and have never been used.

I decided to make a card with an acetate front panel, using purple backing card to match the fabric flower, and lining the card with white to show through the acetate. I was planning to use up some die cut silver lace effect borders, but they were too short, so I punched borders with an Anna Griffin (or is it Martha Stewart, I always mix those two up!) punch.

Now I know why I'd not used that bloomin' acetate - it is a total PIG to stick to anything. I had to sand off the glitter where I wanted it to stick and then use extra strong you-could-lift-a-horse-with-this double sided tape. 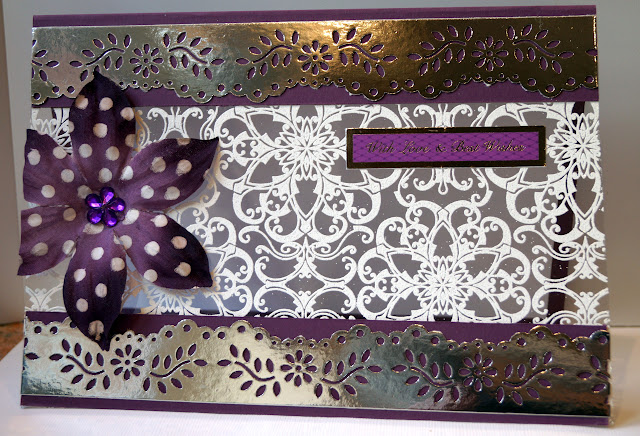 Anyway, it's a sort-of stretched out version of the sketch at Make My Monday so I'm heading over there to link up, and then I'm going to stick the rest of the acetate back in the box and swear at it. 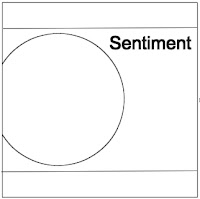 Your card looks super Jane. I love the colour and the punched borders look really pretty.

I'm still sorting out and I think I have some of those flowers in orange and browns which may or may not turn up. Depends how much clearing out and sorting I do before I get fed up and give in! Barbxx

Wonderful card Jane - despite the angst :) Hate to say it but it was my turn to spit coffee over the keyboard when I read this post.

A super strong card, loving the depth of colour. It's wonderful finding all your old stash, it suddenly all becomes new again. Thanks for sharing with us at MMM. Caz DT