My Christmas Snippets box is threatening to explode - I just can't throw away a scrap of Christmas paper, an image I've stamped but not used or a sentiment I've cut out and then changed my mind about! So I had a bit of a blitz that resulted in this card, which used nothing new at all apart from a piece of ribbon. 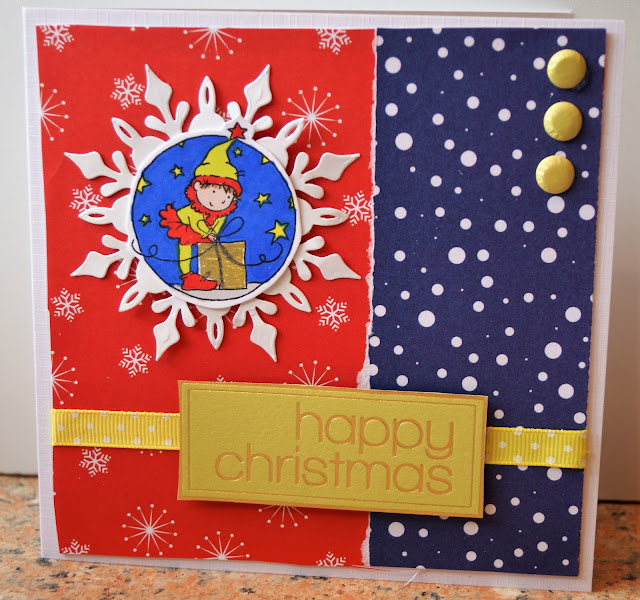 I put the two papers together because neither was big enough to cover the card, but I reckon that torn edge makes it look like a planned arrangement. The elf was already stamped and I used Promarkers and a gel pen to colour her to match all the other bits and bobs. The die cut snowflake  was one I had rejected for a project because I  have never, EVER managed to extract a die cut from that die totally intact - however using it behind the topper has hidden the join where I stuck it back together. The sentiment and candi are leftovers from an old Craftwork Cards goody bag. 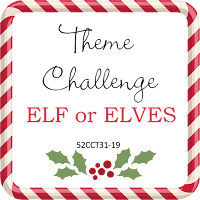 Waste not want not certainly works here on this gorgeous card. Love the colour combination. Hugs Mrs A.

Looks great to me, Jane. I've got a stash of torn penguin paper, so may just follow your lead and go for the arty, torn look! Love that snowflake - where's it from?
Jo x

Fabulous.....great use of snippets. Love the torn paper edge x

Those papers look as if they were meant to be together Jane - perhaps because of that arty torn edge! Love your rant about the snowflake die - not just me then!

Great card Jane! I love the papers together and the torn edge is so right. Have you tried using waxed paper between the die and the white card? I've never had a die refuse to budge when using that - mind you, peeling the waxed paper off the die cut is a different matter :)