It may be April Fool's Day but there's no fooling about here - it's time for the new challenge at Sparkles Christmas, and this month we'd like to see a CAS (Clean and Simple) card. There is a prize this month of a $12 voucher for Di's Digi Stamps 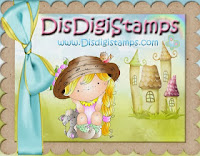 I've made a very easy card, inspired by something I saw on Pinterest. I die cut a pine branch (the die is quite an old one and I can't remember the branch) from a snippet of green card and cut the houses by using the bauble die that was the covermount on last Christmas's issue of Die Cutting Essentials and a snippet of red card - I just taped a small piece over the area with the buildings on rather than cutting the whole thing. Then I cut each building away from the rest of the die cut, assembled everything on a card stamped with a Studio G sentiment and hand-drew the strings for the house-baubles to hang from the branch by.

This idea could be adapted to all kinds of other "decorations" - I've seen a very similar thing done with buttons. Snowflakes - perhaps that snowflake confetti that we all hoarded about 15 years ago  - large gems or candy canes would work too. It would only take a few minutes to create a set of "same but different" cards, in fact I think I'll go and do that right now! 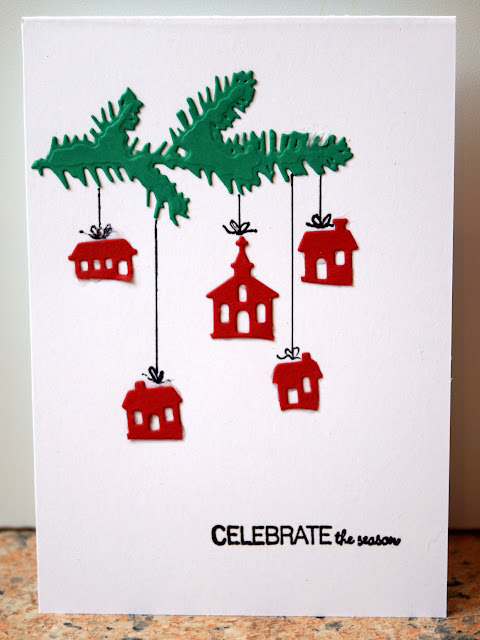 Hi Jane, First Congratulations on being a top pick on the Alphabet Challenge blog.

Well here you are with another great idea. The little houses look so sweet and what a lot of good ideas you've thought of too. Barbxx

Such a cute idea, I'm afraid I'd be adding glitter snow to the rooftops! You can never have too much glitter in my opinion. Looks like that would be a fab design to batch make for Christmas. Cara x