It's new challenge time at the Sisterhood of Snarky Stampers and this time Edna has chosen the theme Leaves. 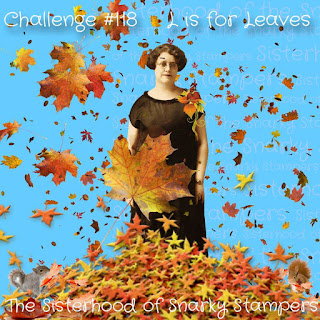 I decided against an autumn theme as I know I'll be producing a lot of those over the next few weeks, and headed up salad street instead. 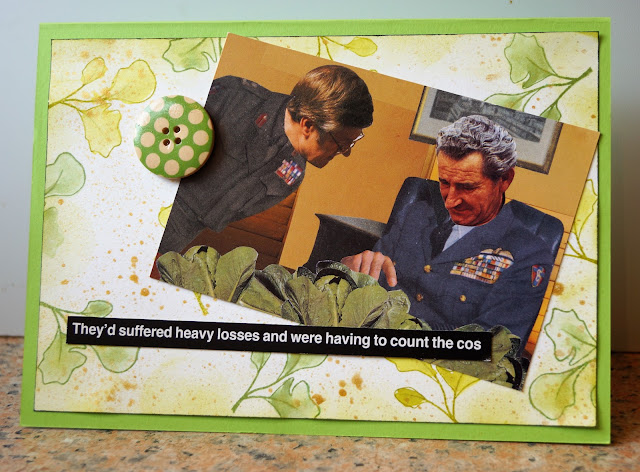 The rather peculiar image and sentiment are cut from a postcard in a book of Graham Rawlinson's "Lost Consonants" designs. Each card is an illustration of what a quite ordinary sentence would become if just a single consonant was removed from one of the words. Here they have removed the t from 'cost' to give 'cos'.  I don't know whether it's the same all over the world, but  here in the UK, cos is a variety of lettuce similar to the American Romaine lettuce. If you're not familiar with cos lettuce, the joke might fall a bit flat.

The background is stamped with leaves from the hero Arts "Stamp your own salad" set, coloured in using a water brush and the same inkpad each leaf had been stamped with. There's a bit of inking around the edge and I finished it with gold mica spray. The button's there because the card looked as if it needed a bit more dimension.
Posted by Jane Willis at 11:30

He he he he he this is so awesome sistah!
I love the old dudes - that is such a great image!

Darling, YOU SLAY ME! Jo x