This card reminds me of a trip we made a couple of years ago. To Australia? No, to take the grandchildren for a night of "Glamping" at Whipsnade Zoo!  The glamping pods are in a small enclosure in the heart of the zoo - we met up with the other guests in the café as the zoo was closing to the public, then after a chance to settle into our pods, were taken on a trip around the zoo with talks from the keepers followed by a meal. There was to be a moonlit walk after the meal but by then the grandchildren were falling asleep so we headed back to our pod for an early night.

The early night meant  that next day we were awake as dawn was breaking and I took the children over to the washroom blocks, which were outside our gated enclosure, to freshen up. As we crossed the path to get there, a line of the zoo's free roaming wallabies bounced right past us, close enough for us to have touched them if we hadn't been frozen to the spot in awe. What a wonderful sight, to see them so close and unconcerned in the early morning sunshine! 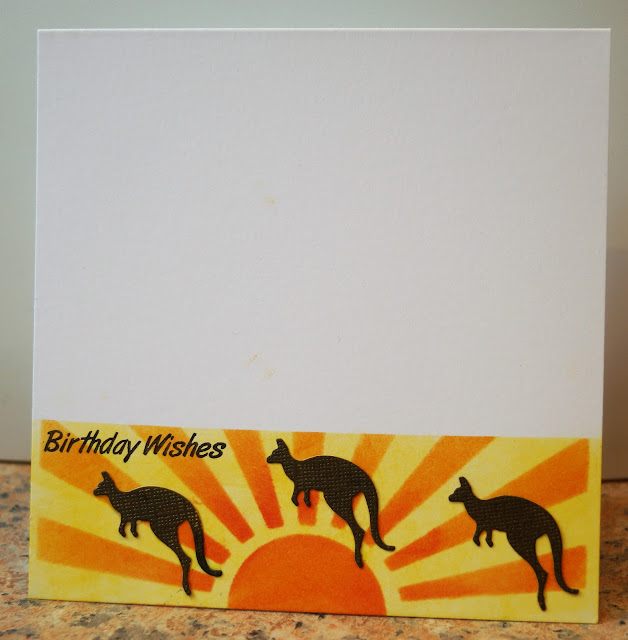 We decides they must have been patrolling their territory before the visitors arrived for the day - the dawn patrol, and the theme of this card.

I have a die of Australian animals and I think these are meant to be kangaroos, but today they are being wallabies. I cut them out in light brown card, but once I had stencilled in the rising sun they looked lost against it so I inked each die cut in black, not too heavily so that thanks to the textured card you can just see a little of the original colour coming through.

AAA Cards - made in minutes/use a stencil 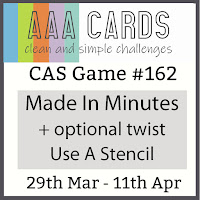 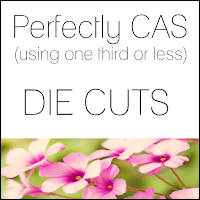 What a fabulous reminder of your trip to the zoo. Love Dawn x

This is such a beautiful card Jane but reading the story about it makes it very special indeed. I bet you will never forget that amazing experience. Vicky x

A brilliant card Jane. Thanks for sharing the story behind it, sounds like it was a wonderful experience. xx

Super CAS card. Love those wallabies leaping over the hot hot sun! Thanks for playing at AAA Cards, hope to see you join in with future challenges too. Keep safe, stay indoors and craft instead.

Such a fun card! Love the tiny kangaroo's! Thanks for playing along at CAS on Friday Challenges! Crafty hugs Linda

Love your story and how it's represented on your great clean and simple card. The sun's rays make a glorious background for your wallabies. Thanks for joining us at Perfectly CAS.