March of the Penguins

So, at the start of 2015 I planned, as I plan every year, to make two Christmas cards a week every week of the year. And here we are, half way through February, and I've just made my first of the year.

Do you remember the film "March of the Penguins"? It struck me as a rather unusual film to have in cinemas rather than on TV, being a wildlife documentary, but it was very popular, and this little stamp I have of a line of marching penguins always makes me think of it.

I stamped the large penguin and baby first,  then masked it and stamped a line of marching penguins at each side to look as if there's a line of them in the background. The only colour I've used in the whole card is a tiny hint of orange for the beaks, but I've drawn in some very faint lines using Stickles to suggest snow and icebergs.

I'm sharing two photos, because to get the Stickles to show up I had to lose some of the whiteness of the card. 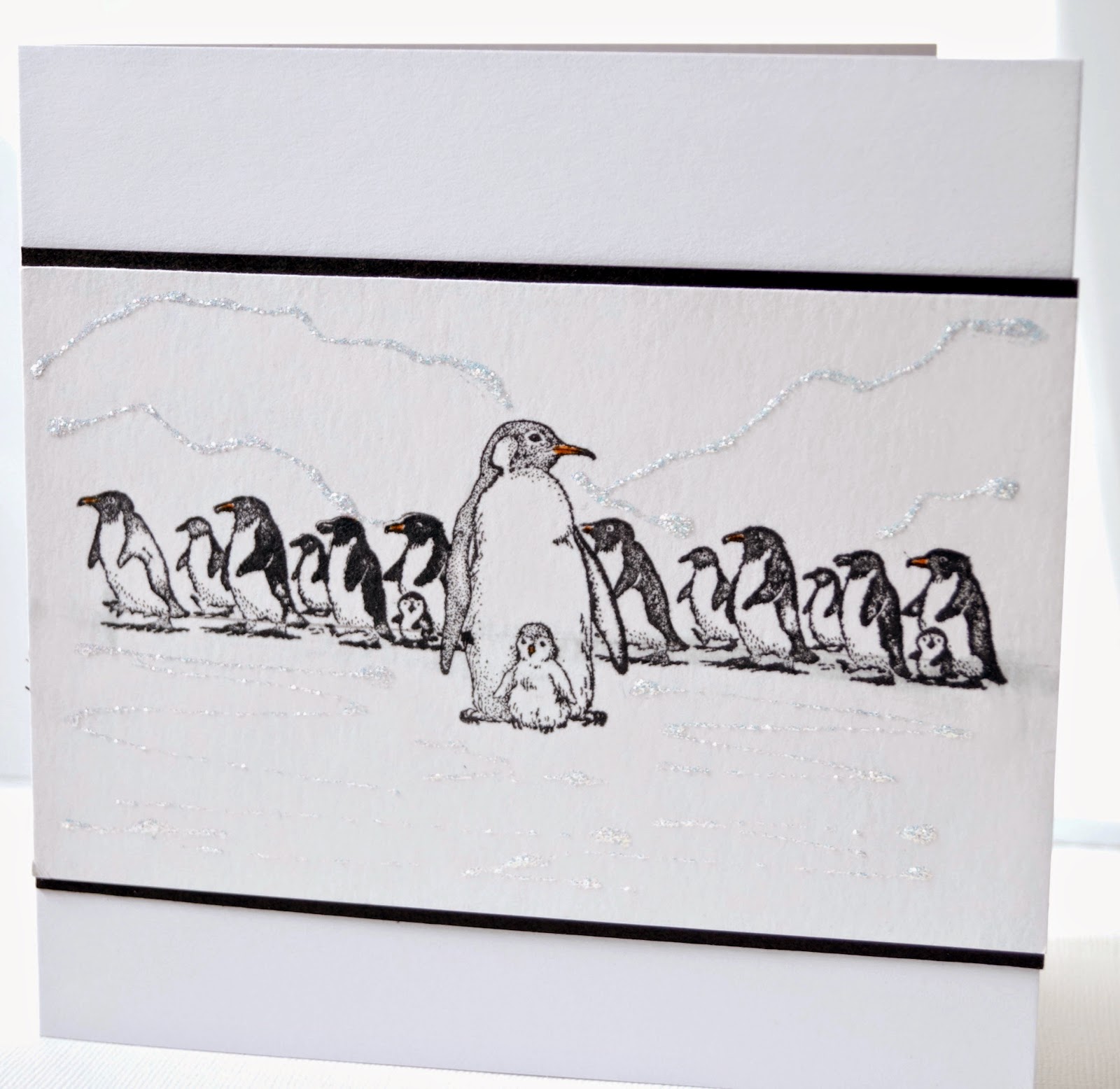 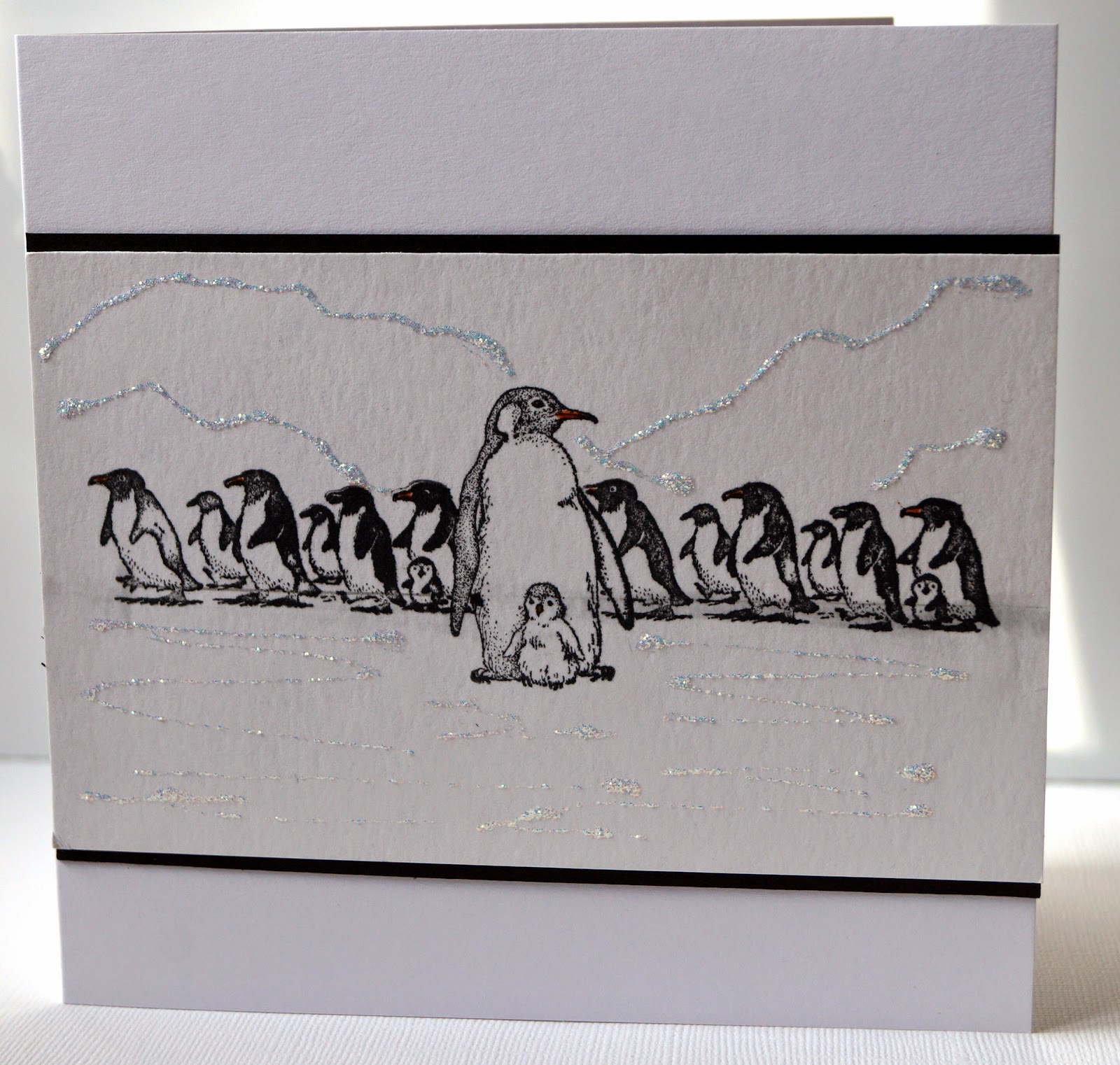 I'm playing along with these challenges:

Oh this is adorable! Great masking! Thank you for joining us at ATCAS!

So sweet Jane. Awesome job with masking. Thanks for playing along at ATCAS.

Great little scene Jane, love the use of Stickles to suggest hills.
Thanks for sharing with us at ATSM this week. :)

Oh these penguins are absolutely adorable!! I just love the sparkle too! Thanks for sharing your creation with us at Addicted to Stamps & More! Hugs & Smiles - *Vicki*-DT member

I love this with just the hints of orange, and great job with the masking. Such a simple idea to add the stickles, and a really suble way to create the scene around the penguins. Thanks for sharing with us at ATSM this week, Anita x

A really wonderful scene you have created. Thanks for joining in ae CHNC Christmas extra.
Hugs
Margaret M

Great make for our theme at Allsorts tracy x

I love your penguins! Very clever use of Stickles! As Guest Designer I want to thank you for sharing at ATCAS!

Great masking with these penguins stamps and I love your addition of the frosty stickles!

Very clever and effective masking- I'd never know it wasn't a single stamp, Thanks for joining us at ATCAS, Rebecca x

Lovely card! Thanks so much for joining us at CHNC Extra. Hope to see you again.
Hugs
Fiona DT xx