The one that (almost) got away

I've been planning this card for days, ever since I saw that the current challenge at CAS-ology is Hot . I knew that *somewhere* I had some of my chilli images, left over from the ones I created for my husband's Christmas card but I had to turn my scraps box out twice before I found them.

Then I decided that they weren't shiny enough, so after cutting them out, I sprayed them with Spray'n'Shine. But being such small pieces, it was hard to spray them without blowing them away, and I ended up with some patchy bits and some bubbly bits - and they STILL weren't as shiny as I would have liked them to be! I mounted them on the card but wasn't happy with them.

So next, I covered the red parts of the chillis with Glossy Accents.  My bottle of Glossy Accents is rather old and gloopy, and I got pretty uneven coverage, so before attempting a second coat, I had a furkle in the nozzle with a fine needle. Result - it whooshed out and formed a thick layer. Even, but thick.

By now, I only had a few hours left until the challenge was due to close, but I had to leave the Glossy Accents to dry, so I moved on to another project for a couple of hours. But it was showing no sign of drying at all, so I impatiently grabbed my heat gun and gave the chillies a blast with it. 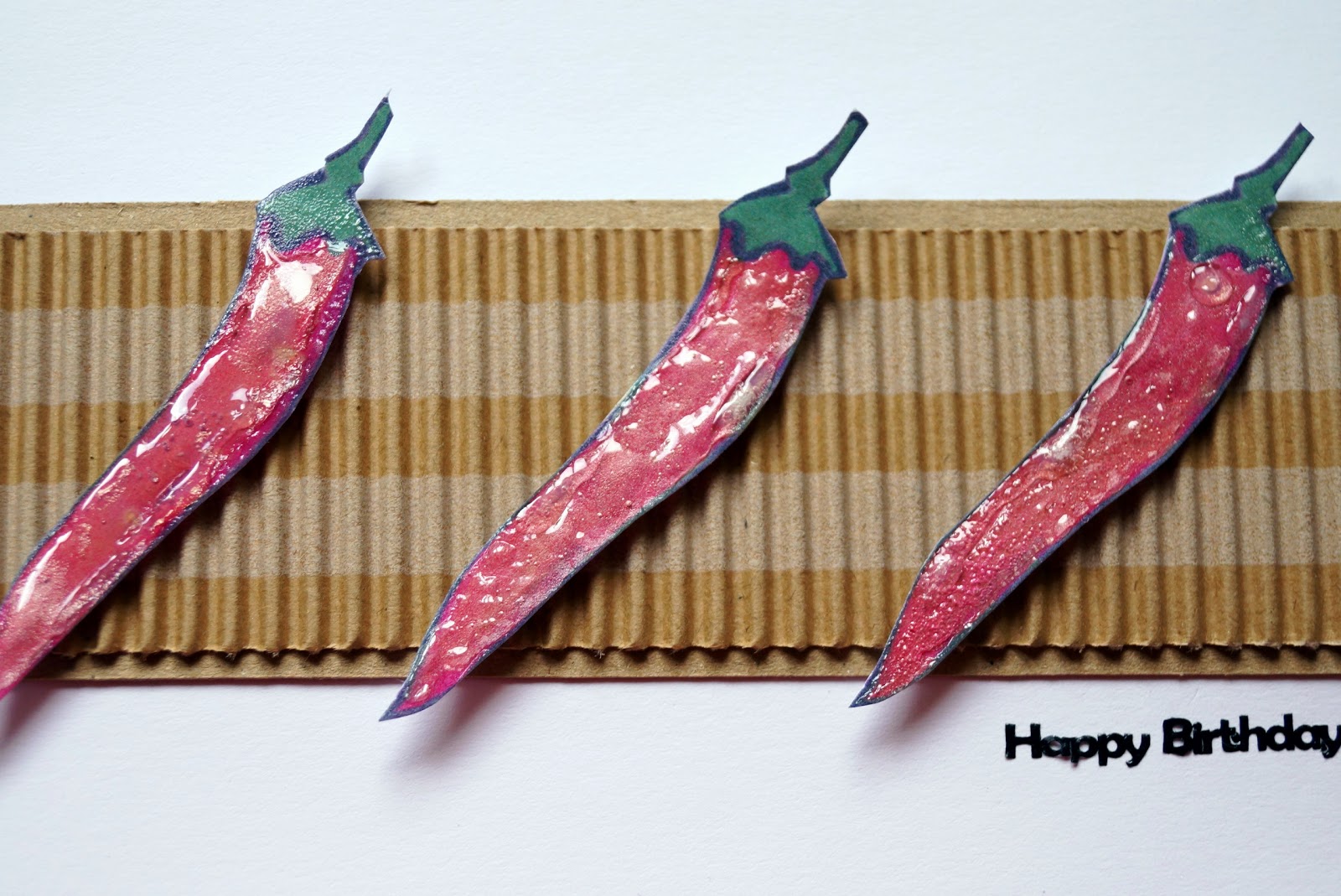 Not a great look!

Fortunately I still had three chilli images left, so I started again - and this time I decided to just accept that they are not bright shiny fresh chillies but simple paper images of them! So here, right at the last minute, is my shine-less hot chilli card! 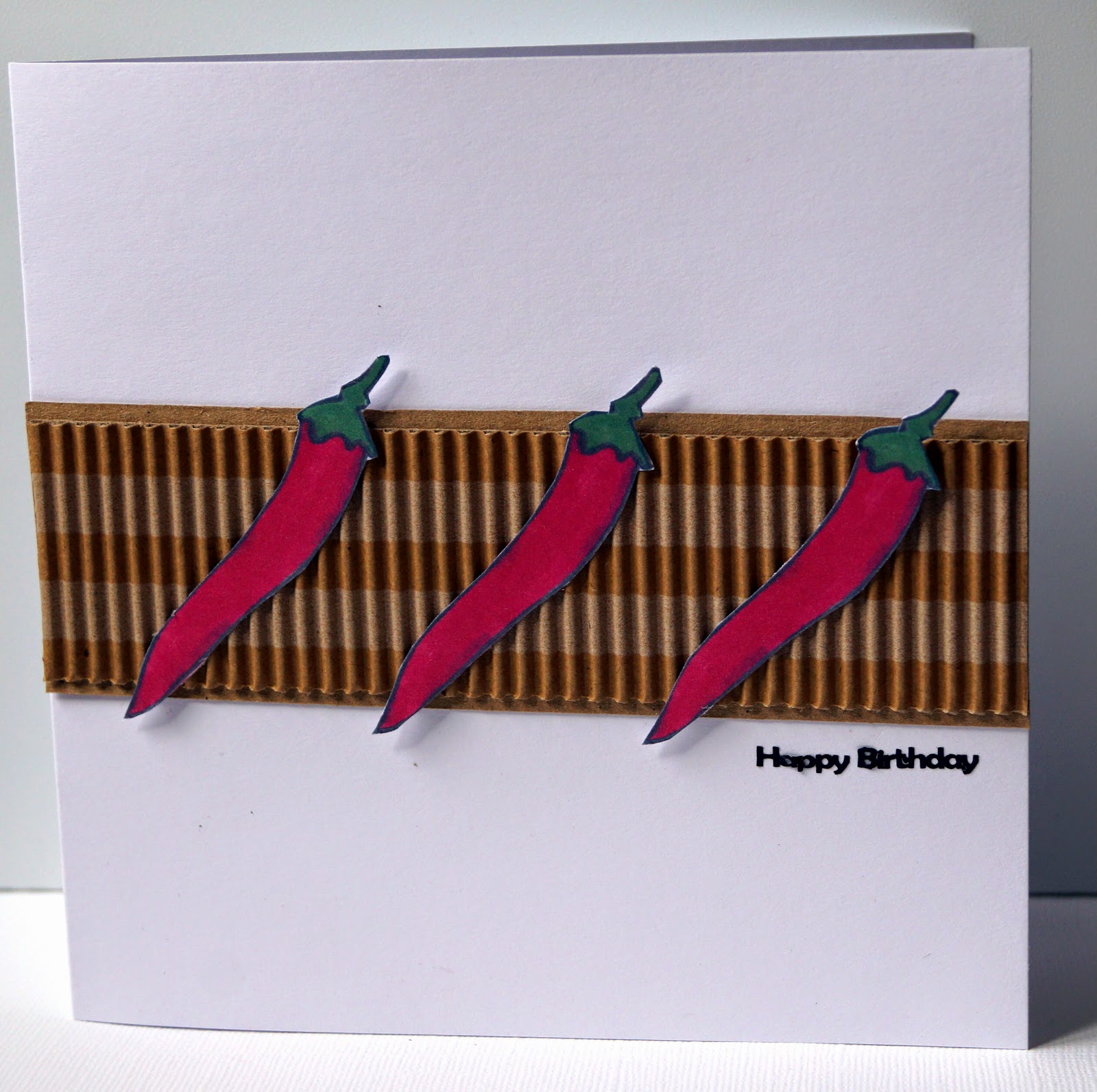 Sorry to hear about all the difficulties you had with your chilis. Love the lumpy bumpy ones as well as the ones you ended up using. A very clever interpretation of the cue word this week. Your design is so very CAS, and I love your corrugated background too. Thanks so much for playing along at CASology this week.

Sorry the chills were so uncooperative for you but I'm glad you persevered because your card rocks! And I actually like the lumpy, bumpy ones. To be honest that's what most veggies look like by the time they reach Bermuda! LOL! Thanks for playing along with CASology this week!