A day at le Cordon Bleu

I'm very aware that recently I've been neglecting the "Onions" aspect of Onions and Paper in favour of the "Paper" side of things - you can lay a lot of the blame on the number of Christmas cards I still need to make! But I do have quite a lot of food related posts in the pipeline, so those onions aren't going to feel neglected for much longer.

Back in August, it was my 60th birthday and one of my presents was a gift voucher to spend at Le Cordon Bleu, the world famous cookery school in London. I chose to spend it on a Chinese cookery day - although I know a lot about Chinese cooking, this course promised to teach me how to make real crispy Peking duck, something I've longed to master.

The complete menu for the day was 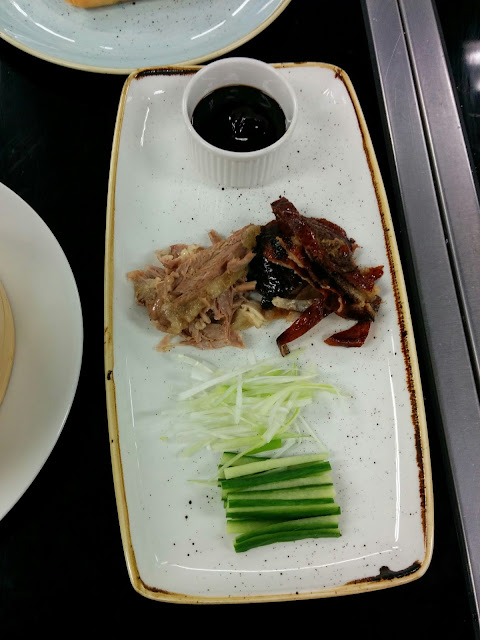 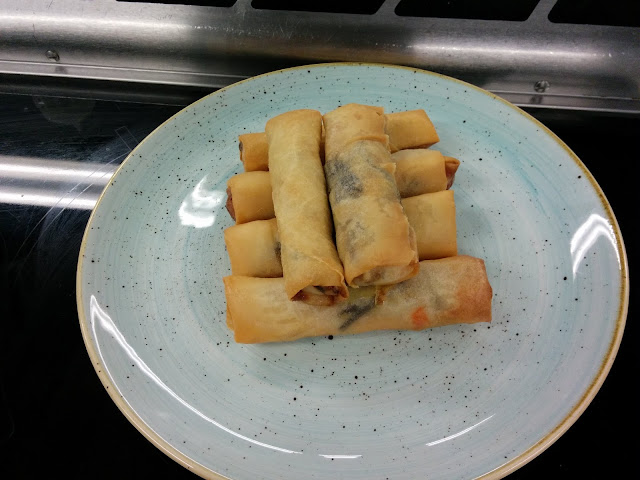 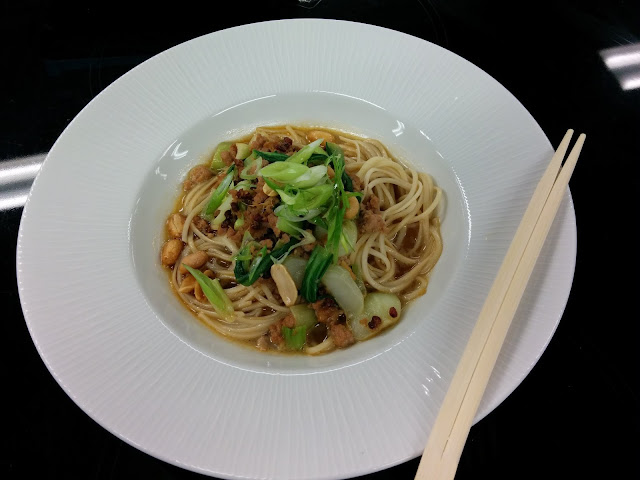 We were taught in a group of eight - the duck was prepared by the group working together, and everything else we cooked ourselves, on lovely halogen hobs with all the very best of equipment - and all our washing up done for us - bliss! All our ingredients were weighed and measured, and pre-prepared unless the preparation was an important technique to be learned - like deveining prawns (I now know how to devein a prawn without even removing the shell!!!) so all we had to do was relax and enjoy the cooking.

The real star of the day was the duck - we learned how to inflate the skin so that it gets separated all over from the flesh and fat, to give it that crispy finish, how to make the poaching liquid that infuses the meat with so much flavour, how to baste it with marinating sauce as it dries - for this stage, it hung in a walk-in cold room, but I'm going to try using the garage on a winter day! - and finally how to roast it in a dedicated duck oven. Yes, the classroom had its own duck oven - if you've ever seen a tandoor, it looks rather similar, but with a lid at the top with a spyhole in it so you can check how the duck is cooking. It costs many thousands of pounds and cooks up to 12 ducks at a time - and would fill half my kitchen! But they also told us how to cook it at home in a normal domestic oven.

﻿
At the end of the day, we brought home some of the food we had cooked (anything we hadn't scoffed as we were going along!) and the recipes, the apron and tea towel we'd been using, complete with the Le Cordon Bleu livery, and most important of all, our course certificate. 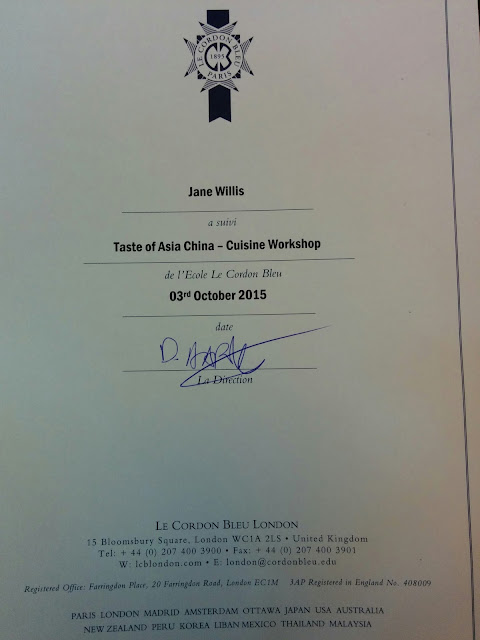 And yesterday, I recreated the Dandan noodle dish myself, although I replaced the Pak Choi with Chinese Leaves, which I prefer, and the Szechuan pepper with fresh chillis, because ours are so lovely at the moment it would be foolish not to! 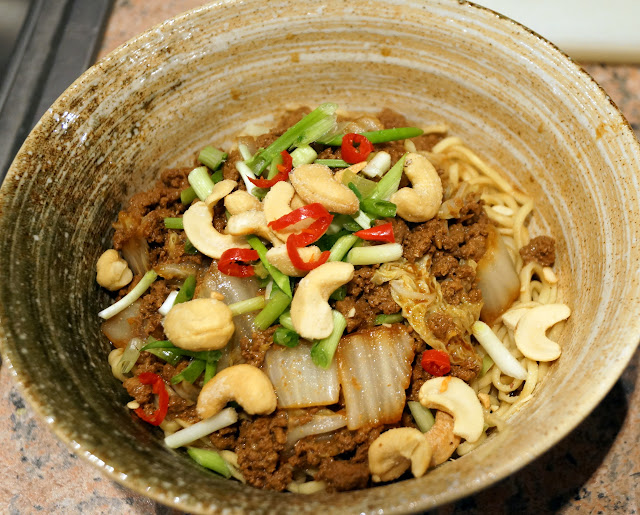 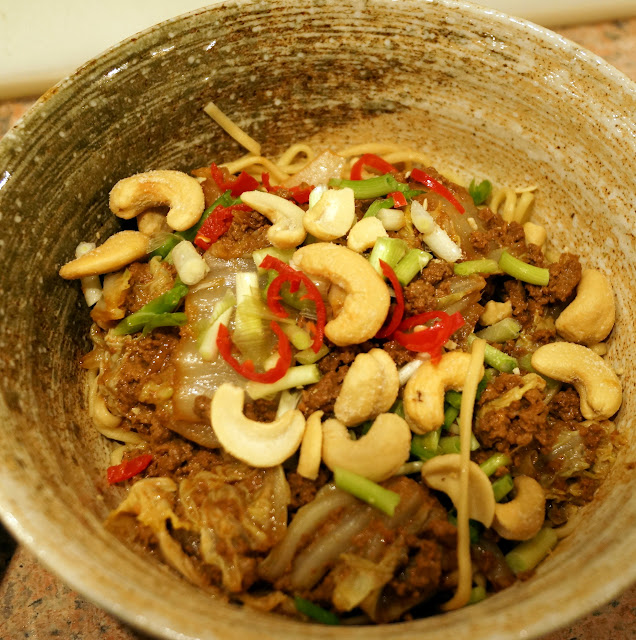