Jerk chicken with soy sauce and harissa in it? REALLY? Don't knock it until you've tried it - but that is why I called it Jerk-ish chicken. It's "not that dish, but sent to bear witness of that dish". Or something like that. And it was inspired by the fact that a few days ago, Mark made some home made harissa from his home grown chillis - you can read about how he made it over on his blog. As soon as I sampled it, the fiery taste took me back to a holiday in Jamaica - and so a meal was born. The addition of soy sauce was suggested to me by the cook from a Caribbean restaurant in London - I loved her cooking so much I asked what her secret ingredient had been, and she was happy to share.

To make two portions, I made a marinade with

all mixed together to from a thick paste

Take two chicken portions - I used breasts on the bone, with the skin on, and slash them several times with a knife. Rub the marinade all over the chicken pieces, rubbing it well into the slashes, and place them in a non-metallic ovenproof dish. Cover and chill for several hours or overnight. 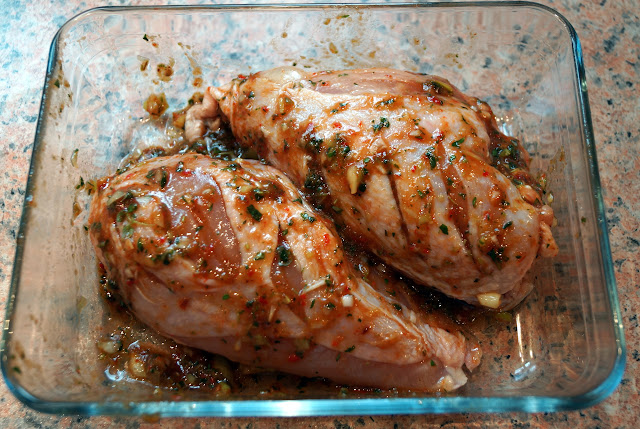 To cook, simply place the uncovered dish in a fairly hot oven (200 C/ 400 F/ Gas mark 6) and cook until the chicken is done and the marinade slightly blackened. My pieces of chicken were very thick and took about 40 minutes to cook. 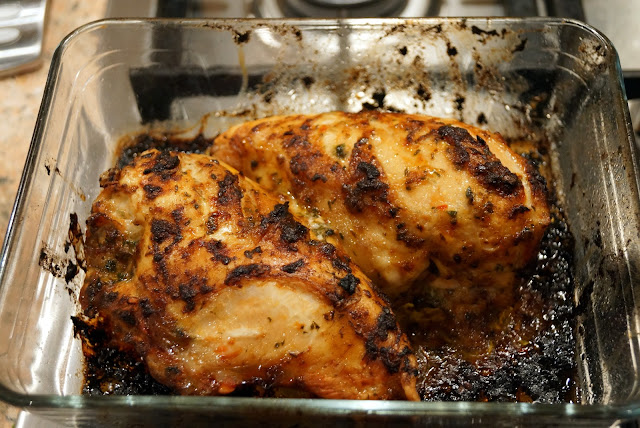 While this was cooking, I made a very simple "cheat" version of rice and peas - I put rice for two of us into the rice cooker (if you don't have one, cook on the hob by the absorption method) with double the volume of coconut milk and cooked it. When the rice was cooked, I stirred in a drained tin of red kidney beans and 6 spring onions, sliced, then left the rice cooker on "keep warm" while the beans and onions heated through. DIRE WARNING don't ever try to do this with anything other than tinned red kidney beans. Dried ones need to be carefully cooked according to the instructions or all kinds of terrible things may happen to you!

I also cooked some sweetcorn and served it with lime butter - this is simply a knob of butter, softened and with the juice and grated rind of a lime worked into it. A bit of green salad from the garden on the side and we were good to go. A meal so easy to prepare had no right to be so delicious! 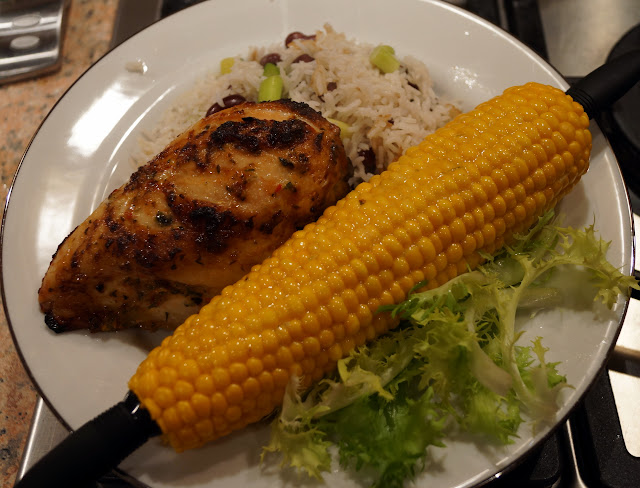 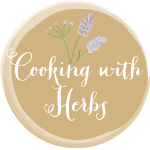 Hmmm looks yummyy..wish I can try it yummmmm