This recipe has been developed for the lovely people at Farmers Choice who supplied me with the beef, swede and beetroot I used in making the meal.

When I was a child growing up in the North of England in the 1950s, Halloween was virtually unmarked. There were no trick-or-treaters, no costumes, and no pumpkins. We might carve a turnip (our local name for a swede) into a lantern, and tea might have been followed by a toffee apple, but that’s about as much fuss as we ever made of it. I think the general attitude was “If we can’t live up to the standards of the Lancashire Witches, we just aren’t going to try”.


Instead, all the fuss was made about Bonfire Night, also known as Guy Fawkes Night on November 5th. And ALWAYS on November 5th – never the nearest weekend or the first dry night. November 5th it was, come rain or (moon)shine.


There were no organised firework displays -  we all set off a few fireworks in our own back gardens or went to a bonfire set up by a group of neighbours, taking along our own fireworks. For weeks before hand, children stood on street corners or went from door to door with a hand made Guy Fawkes, asking for a “Penny for the guy”. Those pennies, along with pocket money, went towards buying fireworks. Every corner shop, sweet shop and newsagent sold them, and there was no law against children going in to buy them themselves. That meant some of the naughtier children used to light jumping jacks in the school playground, or push bangers through the doors of terraced houses that opened directly on to the street! Needless to say, hospital casualty departments got very busy at that time of year which is why these days there is an age limit for buying fireworks and most people prefer the relative safety and spectacle of a big organised display.


As well as bonfires and fireworks, Bonfire Night was all about food. The only date in our family calendar apart from Christmas and Easter to be marked by special dishes, as far as I can recall.


Early in the evening my grandmother would arrive from her home a few streets away, and I would wait at the window until she was close enough for me to run to greet her, knowing that her handbag and pockets would be full of rich, dark treacle toffee, bought from a slab in the sweet shop and cracked into chunks with a hammer.


Before we went out to set off our fireworks, we would all eat a piece of Ginger Parkin, the sticky, spicy cake that we only ever had on that day of the year, to keep out the cold while we were outside, then we trooped out into the garden where Dad was in charge of lighting the fireworks.


Shortly before the fireworks were all used up, Mum and Grandma would slip into the house to get our meal ready. There would already be a Lancashire Hotpot in the oven – it would have been there all afternoon. Dad would keep us busy by allowing us to hold sparklers and showing us how to write our names in the air with them, while Mum and Grandma prepared mashed carrots and turnips (swede, of course, probably what had been carved out to make the lantern five days earlier) accompanied by sliced beetroot – always in the same glass dish and (to my mind) ruined by being doused in malt vinegar, and a jar of pickled red cabbage. The smell in the kitchen when we finally came indoors was wonderful!


The memory of those bonfire nights is what I’ve tried to recreate here, but first a word about Lancashire Hotpot. In its purest form, it contains nothing more than lamb, potatoes and onions. In poorer times, the lamb was bulked out with oysters to save money (!!!!). But when I was a child, my Mum, like many of her friends, would use whatever meat was to hand, often beef and occasionally a tin of corned beef. The corned beef version was quite delicious, I must try to replicate it. Even now, approaching her 90th birthday, she sometimes replaces the lamb with chicken which is a great way to make a rather dry supermarket chicken breast moist and tender. She still sticks to one important rule though – it MUST be cooked in a brown glazed lidded pot. And she’s right, it really doesn’t taste the same cooked in anything else! 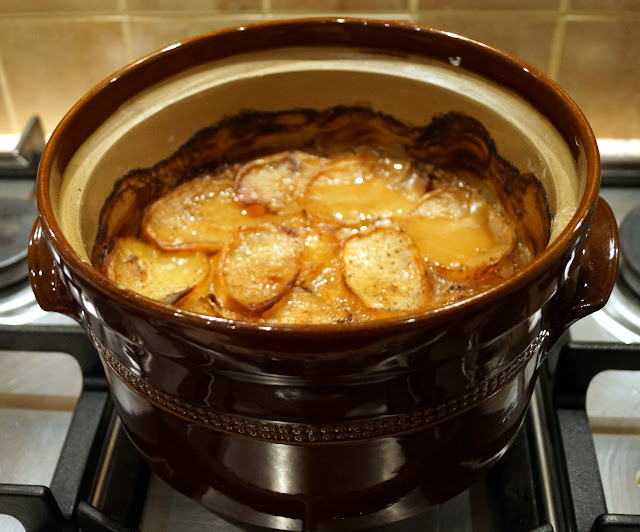 I decided not to call my dish Lancashire Hotpot, as I wanted to use beef and to try incorporating the carrot, turnip and beetroot into the dish. In the event, I had an upset tummy and decided to serve the beetroot on the side so I could just eat a small amount of it, as it often irritates my stomach and I didn’t want to take any risks. So having strayed so far from Lancashire Hotpot, here is my recipe for Bonfire Night Hotpot.


Put the flour in a plastic bag and season well. You’re not going to be adding any stock so you’ll need plenty seasoning. Tip the beef into the bag, shake well to mix and set aside, still in the bag.


Peel and slice the potatoes, carrots and swede  - there’s no need to be too fussy about making nice thin even slices, this is a hearty rustic dish after all – but do try to have a few nice even slices of potato for on the top. 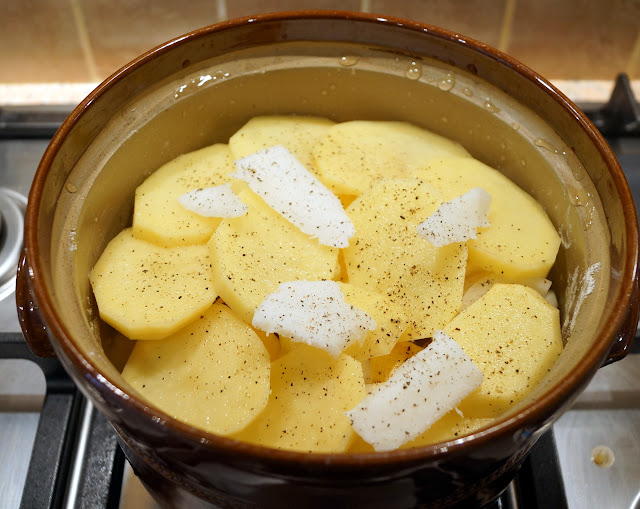 Arrange in the casserole: half the carrot and swede, followed by half the onions then half the potatoes. Now tip out the whole of the bag of beef, unused flour included, on top of the veg and spread it out evenly. Then repeat the layers of veg, arranging the top layer of potatoes in slightly overlapping rings around the top. Pour in cold water to just below the top layer of potatoes, dot the top with lard (preferably) or butter, cover and place in the oven to cook for around 5 hours.


About 30 minutes before serving, turn up the oven temperature to 190C/ 375F/ Gas mark 5. remove the hotpot from the oven, remove the lid and use the back of a spoon to press the potatoes down lightly so a little of the liquid runs over the edges to help them to crisp up. Return to the oven without a lid for the rest of the cooking time. 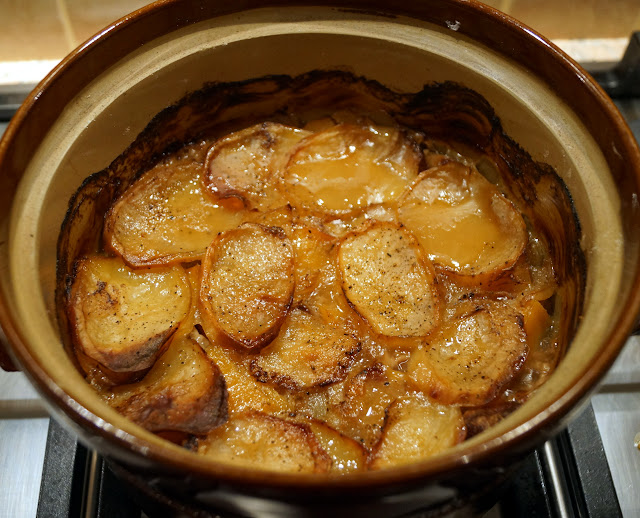 Serve with sliced boiled beetroot (hold the malt vinegar!) and pickled red cabbage. Or for a change, why not try cidered red cabbage? 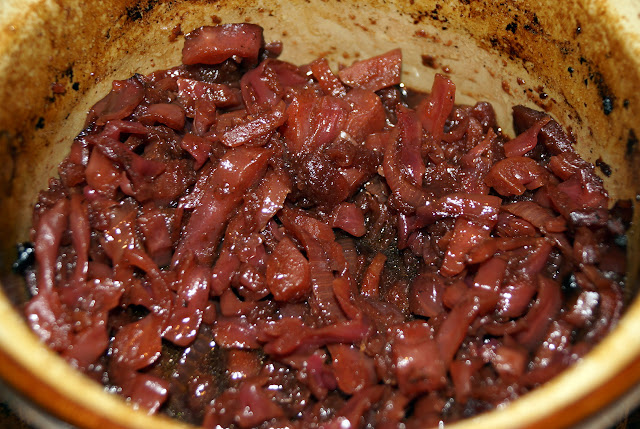 
Simply mix all the ingredients together in a lidded casserole dish, add a knob of butter if you wish and cook in a low oven for at least 3 hours. If you are serving this with the hotpot, it will happily cook for the full 5 hours but do check it from time to time in case it has dried out, adding a little water if necessary. 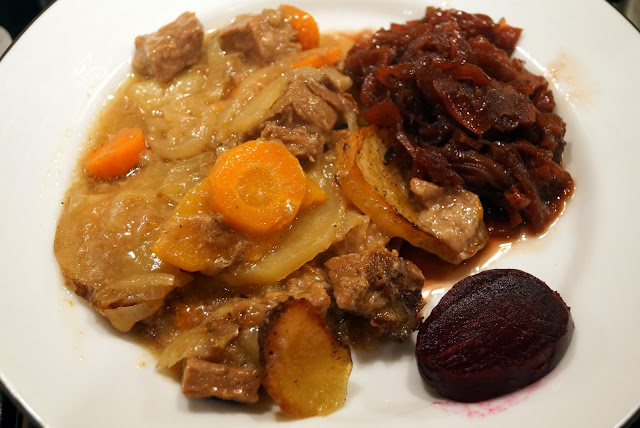 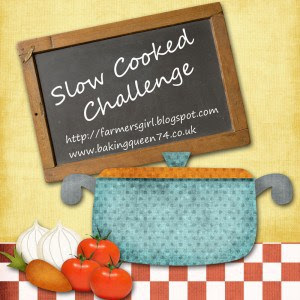 Lovely stories, Jane. We did do a Hallowe'en but it was all about 'guising' and 'doing a turn' before you got treats. Bonfire night was much as you describe but I think we had sausages rather than a lovely hotpot like yours. Thanks for joining us for the Slow Cooked challenge 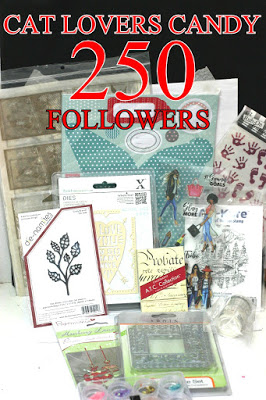